Every day, women in Pakistan and around the world exist, resist, and fight against oppression. Here is a list of recent news relating to women 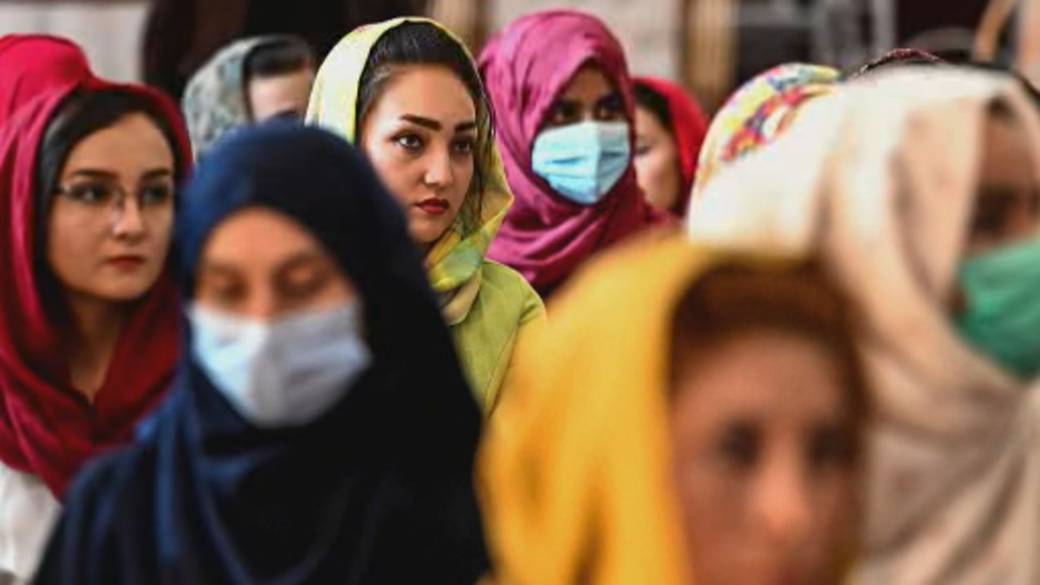 KARACHI: Every day, women in Pakistan and around the world exist, resist, and fight against oppression. Here is a list of recent global news relating to women’s issues.

Last week, female representatives of more than 170 Brazil’s Tribes gathered in Brasilia to protest against attempts of opening the land for mining and agribusiness that will also result in a violation of indigenous land rights. The country’s far-right president, Jair Bolosonaro, is supporting a legal move that will lead to the exploitation of large parts of the indigenous territory. More than 5000 women marched through Brazil’s capital to denounce these attempts.

Alessandra Korap, activist from Amazon’s Munduruku people, said, “This is illegal. This is unconstitutional. They want to tear up our roots and we will not allow it… The time frame thesis indicates that we have only existed since 5 October 1988. But this isn’t true. The whole of Brazil is indigenous territory – all of it. Unfortunately, it has been taken away, bit by bit – and now they want to take away those pieces that were left for us.”

First-ever girls cadet college to be established in Quetta, Pakistan

Balochistan has decided to establish a first ever girls cadet college in Quetta to provide quality and standardized education in a modern and advanced learning environment. Balochistan has the lowest rate of female education in the world according to Mem­ber of the Balochistan Assembly Sana Baloch, Chairman of the Public Accounts Com­mittee Akhtar Hussain Langove, Chair­man of the Standing Committee for Women Ahmad Nawaz Baloch, Gene­ral Secretary of the Quetta Press Club Zafar Baloch and representatives of NGOs working for women and children rights.  This is definitely a step forward.

In addition, Swat announced to set up its first-ever female-only police station while Sindh makes it official to abolish the two-finger virginity tests for rape survivors.

Around 4 million garment industry workers are employed in the South Asian region. In Bangladesh, more than half the nation’s garment workers are women, but over 90% of supervisor positions are held by men. To tackle this incredible issue of inequality, nonprofits, development groups and factory owners are providing training programmes to women for supervisor positions.

Nurunnahar Begum, supervisor at a clothing factory in Dhaka, told the Thomson Reuters Foundation: “I think it’s good if a woman leads the team because most workers at the sewing lines are women and they will be more open to sharing their problems. For instance, if a woman has stomach pain (period cramps), she may not want to share this with a man and just be absent, which hurts production. In these cases, I tell workers to leave early or take a break, which doesn’t hurt our target.”

Gender Equality and Returns (GEAR) Program, a donor-backed initiative working to provide garment workers’ skills in 60 factories across Bangladesh, saw a 5% increase in productivity on sewing lines led by female supervisors it trained.

Afghan Women started a global online campaign to protest against the Taliban’s strict dress code. They posted pictures of their colourful clothes online by using hashtags, to reclaim their own culture and identity. On September 11, 2021, Taliban showed Afghan women wearing black head-to-toe veils at a Kabul university lecture theater which were in line with Taliban’s policies on gender segregation. The pro-Taliban rally approved and supported these policies by organizing and being part of the campaign.

This is Afghan culture. I am wearing a traditional Afghan dress. #AfghanistanCulture pic.twitter.com/DrRzgyXPvm

Thus, Dr Bahar Jalali, a former history professor at the American University in Afghanistan, started an online social media campaign as a response to Taliban’s sexist dress code policy. She told BBC: “I wanted to inform the world the attires that you’ve been seeing in the media [referring to those worn by women at the pro-Taliban rally] that’s not our culture, that’s not our identity.”

The aforementioned global news around women’s issues is a reflection of the plight of women not just in Pakistan but beyond. Here is hoping steps taken in the right direction are implemented in time and result in a better and safer world for women.