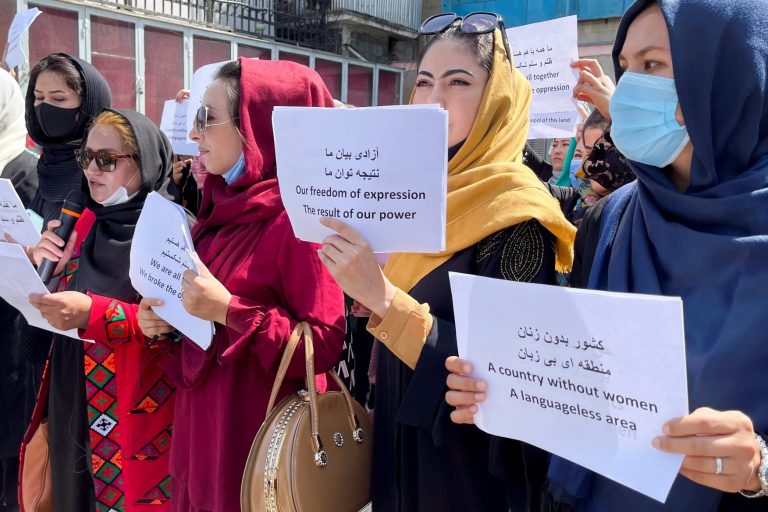 KARACHI: Afghan Women have started a global online campaign to protest against the Taliban’s strict dress code. They are posting pictures of their colourful clothes online by using hashtags, to reclaim their own culture and identity. On September 11, 2021, Taliban showed Afghan women wearing black head-to-toe veils at a Kabul university lecture theater which were in line with Taliban’s policies on gender segregation. The pro-Taliban rally approved and supported these policies by organizing and being part of the campaign.

Thus, Dr Bahar Jalali, a former history professor at the American University in Afghanistan, started an online social media campaign as a response to Taliban’s sexist dress code policy. She told BBC: “I wanted to inform the world the attires that you’ve been seeing in the media [referring to those worn by women at the pro-Taliban rally] that’s not our culture, that’s not our identity.”

This is Afghan culture. I am wearing a traditional Afghan dress. #AfghanistanCulture pic.twitter.com/DrRzgyXPvm

This is another traditional Afghan dress from a different part of Afghanistan. I was a teenager in this pic. We will not let our culture to be appropriated by those who want to erase us. #DoNotTouchMyClothes #AfghanistanCulture pic.twitter.com/dMwnBS7vuT

Women are now using hashtags such as #DoNotTouchMyClothes and #AfghanCulture to post about their choice of clothing and the reality about Afghan culture. Twitter is now filled with colourful pictures of the clothing of Afghan women who are highlighting the truth about their identity!

My rich and ancient Afghan culture is that of color and beauty. Thank you @RoxanaBahar1 for encouraging us to remind the world of it. ❤️🇦🇫#DoNotTouchMyClothes #AfghanistanCulture #AfghanWomen #AfghanFashion #Afghanistan pic.twitter.com/VZfcg5VWDa