Referring to a scene from Laapata where his character slaps his wife only to be slapped in return, Gohar shares why he agreed to play the role 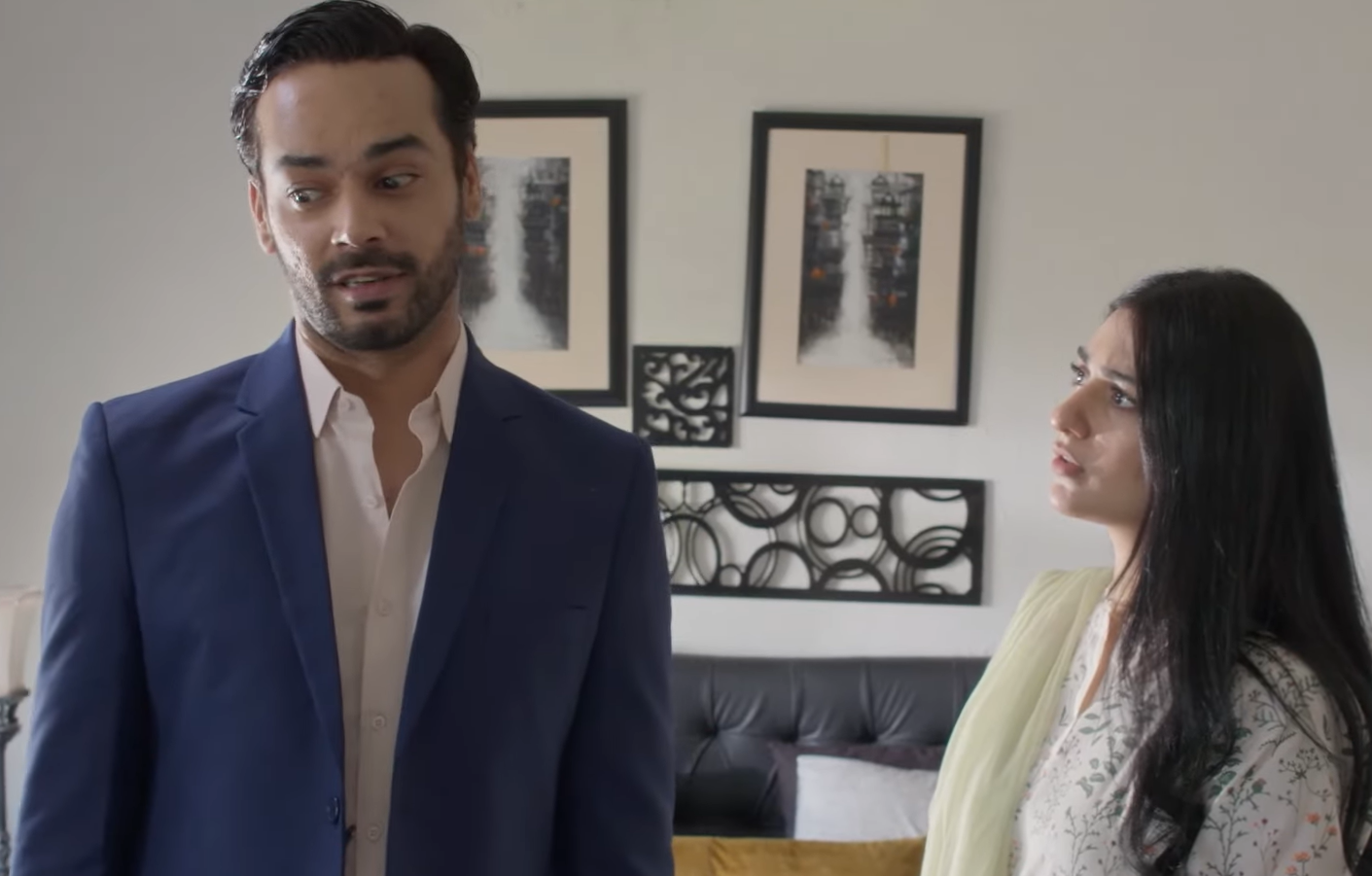 KARACHI: Drama serial Laapata has once again managed to become the talk of the town because of one of its scenes. In episode 12, Laapata portrays domestic violence in a scene between Daniyal (Mirza Gohar) and Falak (Sarah Khan). What is new about this setting however, and the reason behind the clip being circulated on social media, is that when the man hits his wife, Falak, she slaps Daniyal in return. Many have been applauding Falak’s character since then. Mirza Gohar, too, took to Instagram to share the clip with a message for his fans.

“I hate the display of physical abuse on television,” wrote the actor. “This is why I have always refrained from doing it in at least my own characters. It’s unfortunate but it has been done so frequently on our television that it’s almost become a subconscious reality for us. Apparently, Physically abusing women is “fine” and any misogynistic, spineless man can get away with it, just like Daniyal thought in yesterday’s episode of Laapata.”

It is natural for viewers to wonder how and why actors take up roles of abusive characters, specially when they can take up roles which inspire their audiences in a positive manner. Answering the same concerns, Gohar revealed what convinced him to play Daniyal. “It may sound strange but the thappad scene was the only reason as to why I took up the character of Daniyal, to prove that oppression is a choice.”

omg pakistani television showing women who take no sheet from men and know how to take a stand for themselves. this is such a queen behaviour.😭
#Laapata pic.twitter.com/8LSsUTjhnF

“If any insecure man with his fragile ego tries his “so called” muscles on you, Make the choice that Falak did, without any fear! One tight slap back from a brave woman to such weak man in our society WOULD be a giant leap for women kind. We NEED such examples to be made by such women of strength.. to empower women for their own safety.. their well being.. self respect.”

Concluding about the scene from episode 12 of Laapata, Mirza Gohar hoped that audiences would learn from it, “A scene that is so powerful.. I hope that it’s effect is even more impactful on our women.”

Today’s episode of #laapata was so special for me in so many ways !!