If you're a woman, chances are that beyond the usual side effects reported, the vaccine will also impact your menstrual cycle. And, you weren't warned about it 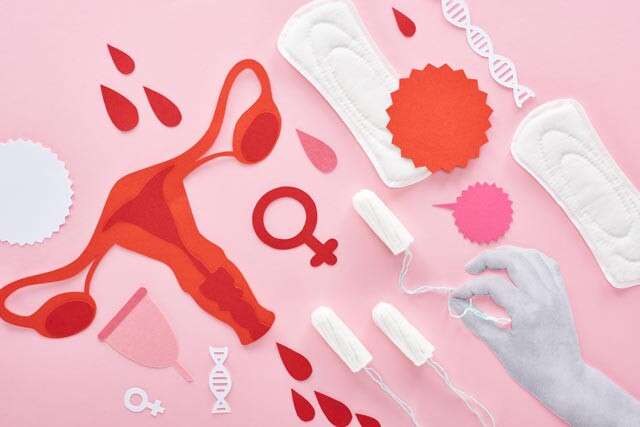 KARACHI: When you walk into a vaccination center, you’re handed a paper that lists the following as possible side effects of the COVID-19 vaccine that you’re about to get: sore arms, lethargy, fever, and headaches. These side effects are the price one has to pay in order to stay safe in times of the pandemic that is raging on. Unless you’re a woman. There is one more side effect you will be forced to endure and one that you weren’t warned about. Women who have gotten their COVID-19 vaccines have been reporting that they have suffered a drastic change in their menstrual cycles. So, why isn’t anyone talking about this side effect?

Every vaccinated woman I know is suffering from adverse effects to her menstruation cycle. I can’t believe these vaccines didn’t account for half of the world population in their research.

Have the COVID-19 vaccines really impacted a woman’s menstrual cycle?

The question as to whether the COVID-19 vaccine was affecting their menstrual cycle was posted on a women-centric group and the responses were eye-opening. For each kind of vaccine available, a woman had her own horror story to tell. “Extremely heavy period after Sinopharm. Chunks of stuff came out like in an abortion.” “Moderna messed up my period cycle. They were 12 days long as opposed to lasting only 4-5 days.” “Got Biontech’s second dose 2 months ago and still waiting for my period.” “Pfizer messed up my menstrual cycle. Didn’t get my period until two weeks after the first dose and when I did, I had the worst cramps.” These are just a few of the comments on the thread but they all had a common denominator: after their vaccine, their periods were delayed, their flow was much heavier and they lasted longer than before. Post-menopausal women also experienced bleeding post their jabs even when they shouldn’t have been bleeding in the first place.

A colleague told me she has heard from others that their periods were heavy post-vax. I’m curious whether other menstruators have noticed changes too? I’m a week and a half out from dose 1 of Moderna, got my period maybe a day or so early, and am gushing like I’m in my 20s again.

However, that is not to say that all women suffer the same problem. Many women reported that there was no impact on their menstrual cycle and their period came on time.

In an article shared by BBC, it is believed that these changes in the menstrual cycles are only short-term. An analogy was drawn with how the Flu vaccine impacts a woman’s menstrual cycle temporarily, the COVID-19 vaccine is no different.

What could be the reason for the changes in the cycle?

So far research suggests that this is the most plausible link between the vaccines and the cycle changes but research is still in the early stages. However, what we do know for sure is that the vaccine does not cause infertility and does not have a link to miscarriages.

For many women, the changes their bodies have had to go through have been a roller-coaster of emotions. From pregnancy scars to severe PMS which lasted more than normal, it has also become startlingly obvious that a woman’s reproductive health isn’t given the importance that it should be given.

Why isn’t this listed as a side effect of the COVID-19 vaccine?

Gynecologist Dr. Jen Gunter asked a very simple question on her site The Vajenda, “Imagine if you didn’t know that fever could be a vaccine side effect?” One would obviously worry about why their body was going through what it was and the lack of an explanation would cause one to naturally worry about what was wrong. And she went on to question why a woman’s reproductive health isn’t given the exact same importance. For post-menopausal women, heavy bleeding can be a sign of cancer and if they aren’t aware of the causal link between the vaccination and the bleeding, the emotional toll can be overwhelming, to say the least. Yet, despite the toll changes in a woman’s menstrual cycle take, it isn’t accounted for as a side effect and the answer is simple.

There is a gender gap when it comes to research and clinical trials. Between not enough women signing up for clinical trials to a woman’s period not being given enough importance to be tracked and accounted for are possible explanations for why it isn’t listed as a possible side effect of the COVID-19 vaccine. However, the lack of knowledge and information puts women at a risk for ignoring potential health concerns, simply owing to their changes to the jab.

Things are going to get wild with this new emoji