The drama called Jhooti will air on ARY Digital and has a star-studded cast lined up. 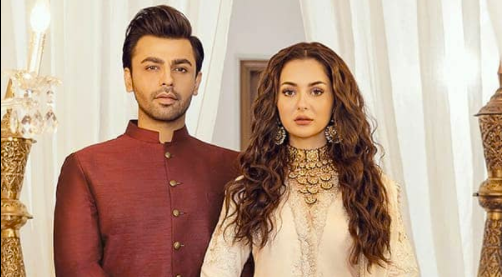 KARACHI: Farhan Saeed and Hania Aamir are two of the most popular names in the Pakistani media industry and when the two shared the screen for Asim Jofa’s Piyaar Sufiyana there was no denying the fact that the two had unbelievable chemistry. Which is why when the news broke that the two would be starring in a new drama together fans were buzzing with excitement. Farhan Saeed and Hania Aamir are pairing up with ARY Digital and Six Sigma Entertainment for a new drama called Jhooti. The drama hasn’t been released yet but is already being dubbed as a “powerful love story.” Here’s what we know about the drama so far.

Written by Saira Raza and directed by Qasim Ali Mureed, the drama will feature a star studded cast with some of the most known names in the industry. Sharing the screen with Farhan Saeed and Hania Aamir will be Saba Hamid, Samina Ahmed, Angeline Malik, Zoya Nasir, Waseem Abbas and Osama Tahir.

However, despite all the excitement that this news has brought on, the release date for Jhooti hasn’t been announced just yet. So we might have to wait a while for Farhan Saeed and Hania Aamir to grace our screens with their new drama. In the meantime, the onscreen couple’s fans can revisit Farhan Saeed’s Prem Gali or Hania Aamir’s Dil Ruba to pass their time.