5 of our favourite drama OSTs

A good soundtrack always adds value to a project, and that is exactly what these OSTs from dramas currently on air have achieved 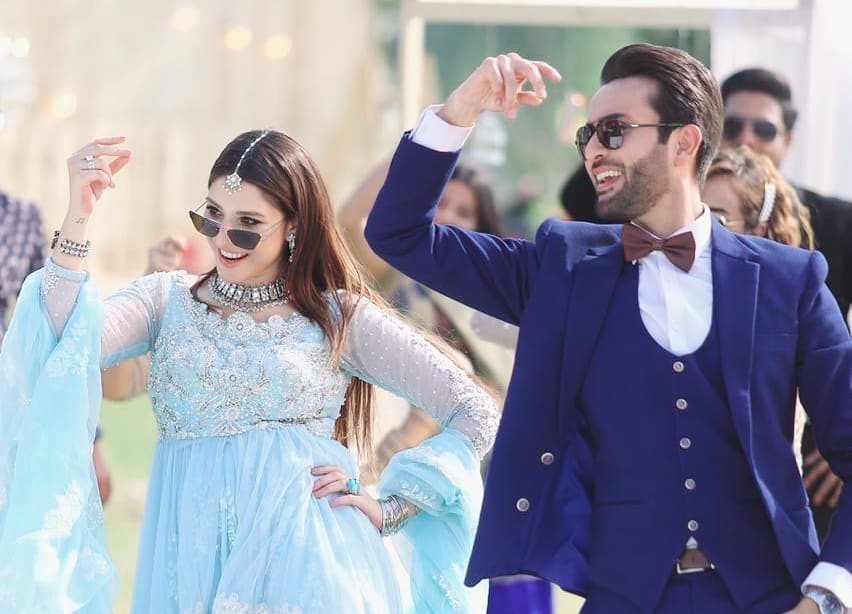 KARACHI: Our TV channels seem to be in a rat race, competing for who can produce the most number of dramas in the shortest amount of time. Every couple of days, a new drama releases its teaser. But for Pakistani dramas to truly stand out, the project needs to look appealing to the viewers as a whole, and that includes producing a good OST for the drama. Our music industry has some powerful singers and producers present, and with the right lyrics and beat, soundtracks can play a role in how well a drama is remembered by audiences, even after it finishes airing. In order to appreciate musicians who contribute towards the success of a drama, here are our favourite soundtracks from five dramas currently on air.

The most recent project to have gone on air and definitely one of the most awaited ones, Hum Kahan Ke Sachay Thay addresses childhood trauma. Dealing with a sensitive issue at hand and representing characters who have many layers to them, it was essential for the OST of the drama to convey the pain experienced by the characters. The track sung by Yashal Shahid achieves just that as the singer does a phenomenal job with the vocals. The lyrics encapsulate the sense of loss that characters like Mehreen (played by Mahira Khan) feel in the drama, while the soft music makes way for the vocalist to fully explore her potential without overwhelming the listeners.

Yet another Pakistani drama to have recently gone on air is Parizaad. Featuring Ahmed Ali Akbar, Ushna Shah, Yumna Zaidi, Urwa Hocane and Saboor Aly amongst others, the full soundtrack of the drama was released prior to the first episode. Singer Asrar Shah’s powerful vocals perfectly complement the lyrics penned down by Hashim Nadeem Khan. Composed by Waqar Ali, the song is a mockery of our society, that gives precedence to physical appearances over intentions. Physically attractive (read: fair) people are favoured in the world we live in, while darker complexions are looked down on. In reality, it is the flushed faces who usually have the darkest hearts. The drama reiterates our obsession with fair complexions as Parizaad (Ahmed Ali Akbar) is looked down upon by other characters such as Naheed (Ushna Shah) for not meeting their standards of beauty.

The soundtrack for Laapata goes well with the nature of one of its lead characters, Gaiti, played by Ayeza Khan. The track is upbeat and has a hint of mischief to it, especially the part sung by Kiran Waseem. The track also sits well with Gaiti’s obsession with Tik Tok and becoming an actor. However, the OST falters at certain points. Given how contrasting Gaiti and Shams’ (Ali Rehman) characters are, the track seems like a misfit for the latter. The upbeat track fails to blend in with the bad boy image that Shams is supposed to have.

Perhaps one way to ensure that the soundtrack to a drama is remembered by all and played on repeat is to have an equally entertaining music video for it. Sung by one of the most popular Pakistani singers of current times, Asim Azhar along Nehal Naseem, the OST for drama serial Shehnai was bound to be a hit. But the music video which has the whole cast dancing to the track is pure entertainment and chances are, the steps may be copied by audiences for mehendi dances as well. The video also establishes important relationships between characters in the way that they are paired up, making it easier for viewers what to expect out of the storyline.

Pehli Si Muhabbat went on air months ago but continues to be one of our favourite dramas currently available. Other than the impressive performances displayed by cast members like Sheheryar Munawar and Rabia Butt, the OST has a huge contribution in the way some of the scenes are received by audiences. Sung by Ali Zafar, the track also has the ability to be enjoyed on its own. Heartbreak is an experience that many go through and the lyrics perfectly sum up one’s wish to be able to rekindle their first love.