Laapata to go on-air on July 28

With multiple promo clips out for the upcoming play, we are eager to see what the star studded cast holds in store for us 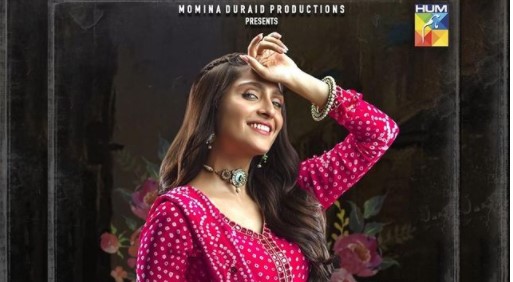 KARACHI: It’s been over a month since Hum TV dropped the teaser trailers for drama serial Laapata that finally has a release date. It is all set to hit our TV screens on July 28 and fans are all excited. With the star studded cast keeping us hooked in the recently released promo clips, we are eager to watch what it holds in store for viewers. Here’s what we’ve gathered from the promos so far.

To start off with we have Sarah Khan and Ali Rehman Khan in the lead roles, among others. From the teaser that was released back in June we were given hints about how the two characters wanted to get married but there seemed to be some sort of hindrance in the process. The promo offers a little more insight into the leads. Sarah Khan’s character is an athlete who seems to come from a well to do family. On the other hand, Ali Rehman Khan is playing the role of a stereotypical mohallay ka badmash (neighborhood goon), who divides his time gambling and beating people up. And so naturally Sarah Khan’s parents aren’t happy with the match which prompts her to give her love interest to either make something of himself or leave.

And where there is trouble brewing, our story’s villain makes their entrance. Ayeza Khan had confirmed that her character for drama serial Laapata, Gaiti, is a aspiring TikTok star but from the promo we learn that beneath the happy go lucky, childish persona lurks a dark side of Gaiti. She consoles herself with the mantra that if she can’t become the heroine of the story she can always be the villain and it seems that’s the role she’ll play in Sarah Khan and Ali Rehman’s already troubled relationship.

Speaking of the fourth pillar, Gohar Rasheed will be playing the role of an artist, going by his recent Instagram post surrounding the upcoming drama. He will be as seen as Daniyal and the caption on his post reads, “Being normal for an artist is a disaster.”