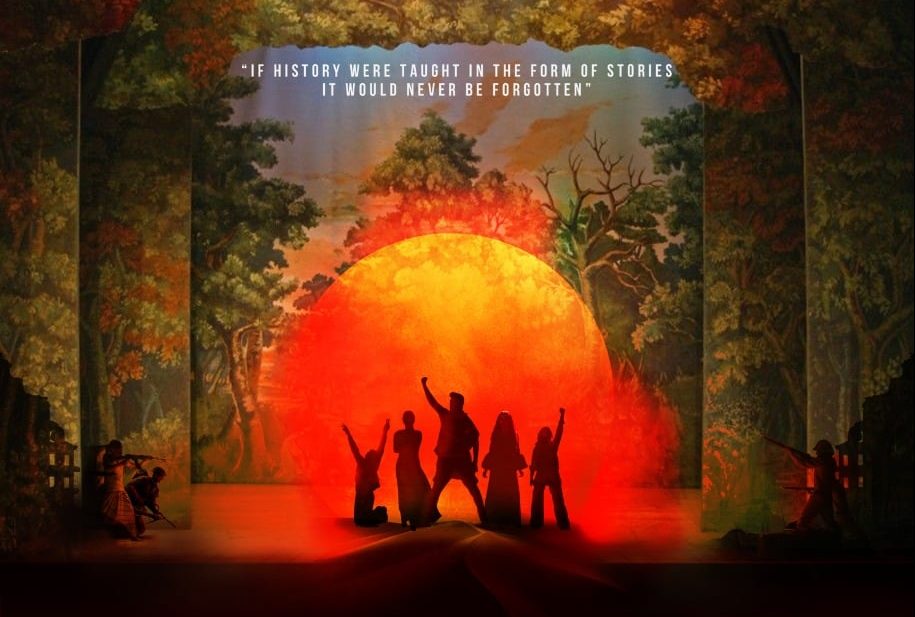 KARACHI: Khel Khel Mein released its first-ever motion poster earlier this week, followed by the official poster. The first look into the highly anticipated film gives a sneak peek into what the film might be centered around. The film has wrapped up, and will soon be coming to theatres as soon as they reopen.

The tagline reads, “If history was taught in the form of stories, it would never be forgotten”. With bullets dropping and guns firing alongside “#1971” in Nabeel Qureshi’s post, it is safe to assume the film might be picking up the subject of the Indo-Pak war fought over Bangladesh back in 1971. There are a number of different categories of recounts of war and what the time was like. With changing locations, ethnicities the story of every person who was struck by the war was a distinct experience from another. We have yet to see what approach the upcoming film will take. From what the poster suggests thus far, the film might show a theatre group adapting to a period drama from the time, but nothing can fully be said for sure.

The release of the theatrical poster also comes with an introduction to the cast members and crew who have made the film happen.

The film has been produced under the banner of Film Wala Productions, with Fizza Ali Meerza who took over the mantle as producer while maestro Nabeel Qureshi serves as the director.

Hopes are high as fans wait for the official release date for Khel Khel Mein to be announced after the poster has heightened anticipation.