Jemima Goldsmith claps back at Maryam Nawaz over anti-Semitic remarks

16 years later, the anti-Semitic attacks against the British journalist and former wife of the sitting premier still continue 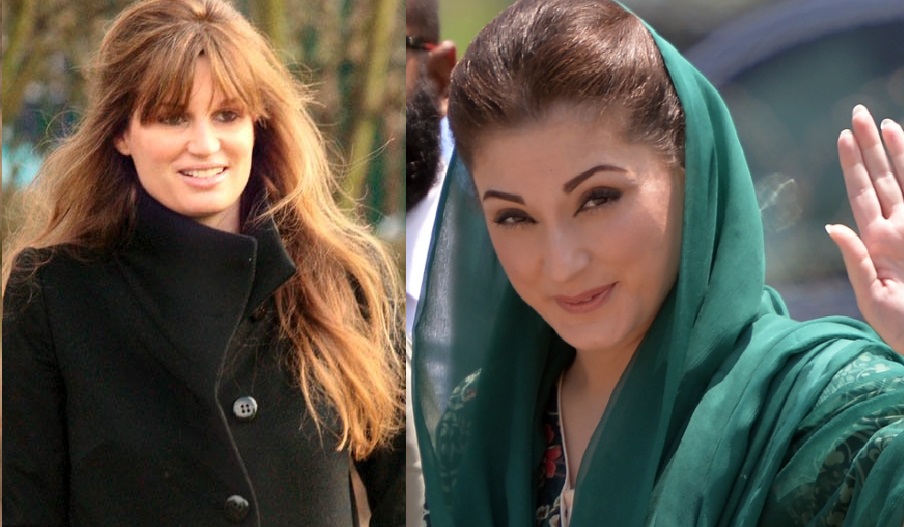 KARACHI: Jemima Goldsmith recently took to her Twitter to express her disappointment over an anti-Semitic remark passed by Maryam Nawaz. She also shared an article alongside her tweet that called out Maryam Nawaz for using anti-semitic as well as personal attacks towards the PM’s sons who have a British mother i.e., Goldsmith who, by the way, had converted to Islam prior to marrying Imran Khan.

My kids are “being raised in the lap of the Jews,” announced ⁦@MaryamNSharif⁩ today.
I left Pakistan in 2004 after a decade of antisemitic attacks by the media & politicians (& weekly death threats & protests outside my house). But still it continues https://t.co/TGjUxfT1gC

Goldsmith, who has been pretty vocal on the social issues of Pakistan has gained traction for her tweet, and many are calling out Nawaz for involving her in a way considered distasteful.

“I left Pakistan in 2004 after a decade of antisemitic attacks by the media & politicians (& weekly death threats & protests outside my house). But still, it continues,” penned down Jemima Goldsmith on her Twitter. Soon afterward, many tweets came to her support.

I know the facts. Have you forgotten how #NawazSharif & minions treated #JemimaGoldsmith in #Pakistan after which she had to leave? And isn’t Jewish hatred 110% prevalent in Pakistan? What #MaryamNawaz said is what most Pakistanis do, i.e use the word ‘Jews’ in a derogatory way!

It is better to be raised by an honest Jew than to be raised by lying, cheating, blackmailing, corrupted and murderous Muslim families I think.#jemimagoldsmith #MaryamNawaz @Jemima_Khan @MaryamNSharif @ImranKhanPTI

A point to be noted here is that the comment from Maryam Nawaz came during an exchange of jibes between the Prime Minister and the Vice President of PML-N during their rallies looking forward to the upcoming polls in Azad Kashmir.

The Prime Minister had made a comment on Nawaz Sharif’s pictures of attending his grandson’s polo match. Sharif had initially gone to the UK for treatment in 2019. “The poor should go to jail and the powerful get NROs and go park themselves abroad and watch their grandson’s polo match,” he said. “A common man cannot play polo. You need a lot of money to keep a horse and play polo. So tell us where this dear grandson got this money from. It’s your money.”

To this, Maryam Nawaz responded by hurling an anti-semitic attack towards the Prime Minister and said, “He is Nawaz Sharif’s grandson, not Goldsmith’s. He’s not being raised in the lap of Jews.”