In a recent episode of The Coffee Table, Malik explained how toxic masculinity is a 'claustrophobic and tight container' that goes hand in hand with modern capitalism 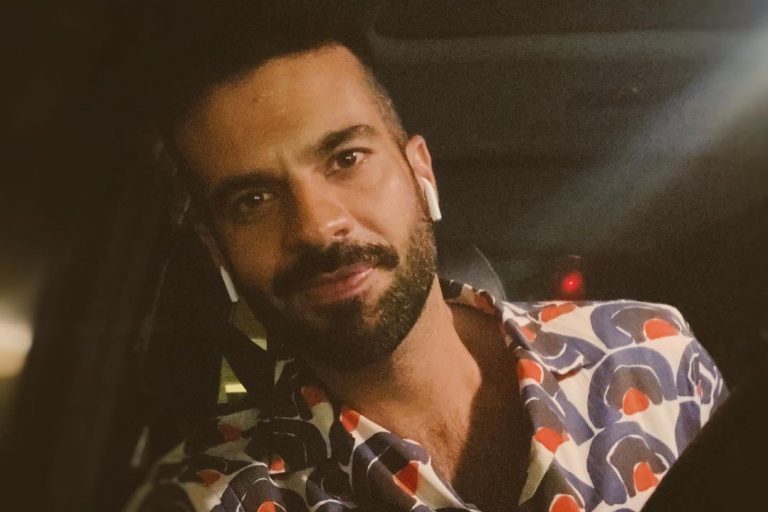 KARACHI: Toxic masculinity does not only ensure that women are in check and power remains in the hands of men, it also ensures that men must conform to the notions of power laid out. It encourages them to behave a certain way, so as to satisfy their definition of masculinity. During the process, they hurt not only the women around themselves but also their own mental health. Speaking on toxic masculinity and how it causes men to have severe psychological issues, Adnan Malik had a conversation with Mina Malik Hussain on a recent episode of The Coffee Table. He was also joined by fitness trainer Hamza Raja to speak on how the idea that a male needs to stay in power, and show that he is unaffected by emotions leads to the issues he faces on a mental and personal level.

“The idea of ‘Alpha male’ is propagated through popular culture, the way societies are run. I mean, it’s kinda hand in hand with modern capitalism. So I think it is kinda important to know that all the structures are there for men to succeed in the outside world, to go get jobs to be successful, to compete with other men,” said the Churails actor.

Adnan Malik went on to explain how toxic masculinity is rooted in our expectations of what gender roles are supposed to be. “In traditional societies, or not as evolved societies, women generally are more likely to stay at home, and men are supposed to go out. That’s the kind of idea that is changing but that’s what it’s traditionally been ever since you know, we’ve all read Sapiens, ever since the agricultural revolution.”

He explained how nobody is born with a defined gender, but as they grow, people’s expectations box them up into society’s perceived gender roles. He said, “But I think, what happens is that we are really gender fluid. When we come into this world, it’s very instant: Boys like blue, girls like pink. Boys need to play with boys. At a certain age, there is a little genericness, and then it all kind of changes. What happens is that men are not supposed to be sensitive, so I think it starts at a very early age, where at school it is usually an older bullying person, or somebody else who kind of bullies you for being too sensitive.”

He added how statements like ‘boys don’t cry’ add to the problem. “That is where the process starts and I think it exists or persists throughout your life, where you’re not supposed to be emotional or sensitive. You’re supposed to be really competitive and do the job that needs to be done and provide for your family, and the women in your life and it’s a very claustrophobic and tight container, which causes a lot of mental health issues.”

Mina Malik Hussain also posed how there is a big issue with how boys are perpetually told feelings are for girls and do not belong to them as men. “In order to be a real man or a proper man, these are the things that they have to embody. And clearly, we know that this is not a natural way to live as a human, and yet so many men are doing it.”

In response to this, Malik stated, “A lot of that is inherited trauma. A lot of it has been taken from our dads and our mothers because that’s what we saw as a relationship. So we saw our dad do a certain thing and we’ve kind of inherited it.” By the time you are in school or college it is too late and “you’ve already put on a bunch of masks because you were not allowed to be sensitive. You were bullied.”

Adnan Malik also addressed the issues that pertain to how most male friendships function within our society, thriving on toxic masculinity and rewarding the one who seems the most alpha. “Male bonding is often like a) sexualizing women b) teasing each other c) also teasing each other on their sexuality, so you have to be alpha straight, right? Then from there, you come into the work world and you are told ‘okay success’ so make a lot of money. Success is house, car, then marriage, then kids, there’s a ladder. What happens is that a lot of men start living this whole life up until they’re suddenly 60-65, and they have ticked all the boxes but they are still dissatisfied.”

Malik emphasized how most ideas propagated by society are about men having to chase something. A dream, a woman, a goal. So when they settle, they are made to feel like they aren’t fulfilling their purpose as human beings.

The dissatisfaction exists among men even before they hit their sixties. A lot of men have achieved more in their thirties and forties, but they are somehow still dissatisfied.

He explained, “What I do see now is that actually men now, in their thirties and forties are becoming a little more awakened to this because they are not happy. And this dissatisfaction is causing all kinds of coping mechanisms that are unhealthy. Even in our society, we see addictions of everything from alcohol and drugs to even food. Love and sex addictions. All kinds of unhealthy attachments to parents that haven’t like really let go. So there is this whole spectrum of issues that men have. But they are told that don’t worry about it, just keep working, keep distracting yourself and you’ll be okay. So what happens is that they’ll work all day, and then at night, they’ll get involved in some kind of addiction or something – a numbing mechanism. Ultimately it builds up to a point where there’s a real mental health issue.”