How Sushant Singh’s suicide opened up conversations about mental health

On his first death anniversary today, it is imperative to note how the incident paved the way for important conversations - particularly amidst the global pandemic 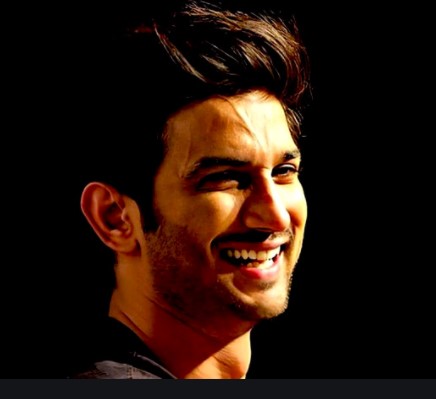 KARACHI: When the news of his death first broke, followed by a heartbreaking revelation that Sushant Singh committed suicide, everyone was shocked and wanted to look for answers about why someone would take their own life. Someone who had a to-do list that included gaining a six-pack in two weeks, training for a trilithon, and teaching coding to the visually impaired. How could someone who wanted to do so much in life suddenly felt like there was nothing to look forward to? That’s just plain sad, to say the least.

In the quest for answers, people wanted to throw the blame wherever they could. From theories around murder to the evil celebrity fraternity, to suspecting Karan Johar and Rhea Chakraborty, no one was spared. No one could accept that the world failed such a promising young man. However, they began making the very mistake that caused Sushant Singh and many like him their death. They began steering the conversation away from the real reason, which was mental health.

Singh’s therapist Susan Moffat Walker made a public statement explaining that Singh suffered from bipolar disorder and associated symptoms to the disorder included severe anxiety, major depression, and sometimes disordered thinking and paranoia. The news came as a shock. Many found it hard to believe that Singh who seemed to have it all, from fame, money, and good looks, would suffer any of these mental illnesses. This is probably why his therapist went on to say, “mental illness is no different than cancer or diabetes. It can affect anyone, regardless of class, financial status, and so on. In a way that cancer can.”

It’s important to understand what Walker said. Mental illness isn’t anyone’s fault and it isn’t triggered by anything we’ve done. So why should we be ashamed to admit that we’re struggling? Just like one doesn’t feel ashamed to admit that they have cancer, one shouldn’t be ashamed to say they have mental health issues. Perhaps, if there wasn’t so much shame and stigma attached to mental health and illnesses, we wouldn’t have lost some great names in the industry including Sushant Singh, Robbin Williams and Chester Bennington.

This was days b4 my husband took his own life.Suicidal thoughts were there,but you’d. Never kmow. #fuckdepression pic.twitter.com/2IPXxXJxmT

However, as morbid as it is to say out loud if there is one silver lining in the situation it is the fact that the conversation about mental health could not have come at a more important time. It’s been over a year since the world, collectively, has had to suffer from one of the worst pandemics of all times. For a year and a half, we’ve lost thousands of people to the virus and while the Coronavirus is a physical illness, it has taken a serious toll on people’s mental health.

Coronavirus has instilled a bout of anxiety in us. The slightest sign of not being well, from something as simple as a cold or allergy attack, and the fear of death hits us. There came a time during the second wave when you either knew someone or you knew someone who knew someone, who got the Coronavirus. And everyone had the same thing to say, “They were so careful and yet they got the virus.” It seemed like getting COVID was inevitable and that those who hadn’t gotten it were sitting ducks just waiting for their turn.

As if that wasn’t bad enough, the lockdown did a huge number on our mental health. Being trapped inside our homes for unlimited period, not being able to meet even your extended family started taking its toll on people. Humans are social beings and when you take that away from them, there is only so much sleep or so much Netflix one can watch until it becomes suffocating. People lost control of their lives. They once had a fixed routine, they were used to getting things done a certain way. But all of that changed and they were forced to make adjustments according to the new normal. Another burden on their mental wellbeing was the fear of finances. So many businesses have been impacted by the pandemic and so the fear of financial loss weighed in heavily on many which resulted in mental stress. 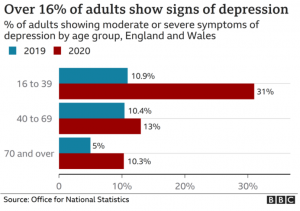 And it hasn’t been just adults who have been impacted. Children also began to suffer. Besides the mammoth task of waking up in the morning or having to do homework, kids love school. Even if it just meant getting to spend time with their friends. But their childhood was snatched away from them. Instead, they were forced to sit in front of a screen and pretend that was school. Older children, teenagers, also missed out on what was supposed to be the calm before the storm. Farewells, crazy days, school concerts, and all similar events were canceled. They too were forced to sit in front of a screen, deal with internet issues, teachers who weren’t equipped to adapt to the new technology, and elders who didn’t understand the struggles of online learning. To add to their misery: the looming uncertainty of exams and what the delays meant for their future. Others missed out on the university experience. The thrill of going abroad or even to another city for university. Instead, they found themselves studying at NYU or LUMS from their own bedrooms. 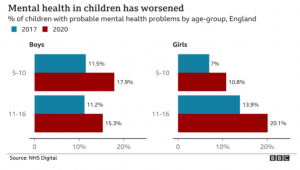 It became worse for people whose jobs and schools were a getaway from disturbed family life. Domestic abuse victims suddenly had nowhere to go and were trapped with their abusers for an imminent period of time. Reports found that domestic abuse increased in the pandemic and one reason was because of the high tensions that the uncertainty caused. With countries under strict lockdown and all sources of entertainment shut down, emotions and rage ran high and the victims were left with nowhere to go.

Every time we think that things are getting better, they take a turn for the worse. This is why it’s important that we do not shy away from speaking up about mental health – whether it is our own or someone around us. With more people opening up on the subject without the fear of being judged, there would be fewer of those suffering from suicidal thoughts. On account of Sushant Singh Rajput’s first death anniversary, we propose it’s time for us to do away with the stigma that is attached to mental health and be more attentive and understanding towards it.