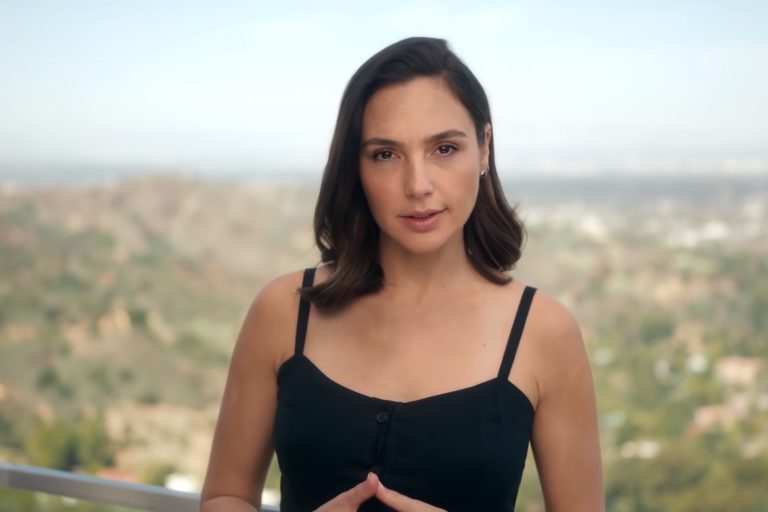 KARACHI: Former officer at the Israeli Defence forces, and currently someone with a global influence championing for Israel, Gal Gadot has been considered problematic and biased by many. However, one thing that has struck many dumb, is that Gadot will be hosting her own show – Impact for Nat Geo based on the displacement of indigenous people.

The series looks into the lives of six women and how they are making an impact in their respective communities. However, the fifth episode has been under critique by activists who find it ironic that Gal Gadot would speak for the plight of women who suffer from displacement as indigenous people.

The really infuriating thing is that they don’t even get it. They have no idea how incongruous it is to have an Israeli on a show about the displacement of indigenous people.

Gal Gadot movie? I’ve blocked people for just watching it. She makes NO secret about being an IDF supporter and extremely anti Palestinian.

She has reportedly even blocked several accounts that tried to bring her attention to the atrocities being committed against Palestinians, the illegal blockade, and the apartheid regime against native Palestinians who have been driven out of their homes by Israeli settlers. Turning a blind eye to that, however, has been the current Wonder Woman and former IDF soldier’s most trusted defence mechanism, as she continues to problematically advocate for settler colonialism and illegal Israeli occupation in Palestine.

Thanks a lot guys, Gal Gadot has blocked me. 😢

@GalGadot It actually sickens me that you are still defending what’s happening. Israel deserves nothing. The land that you’ve taken isn’t yours and will be taken by back by the Palestinians. Love from a fellow Jew.

Twitter is now calling for Nat Geo to drop Gal Gadot over being a settler colonial herself. Most find the situation ironic and feel there could not be someone more unfit for the job.

Nat Geo is a Zionist owned channel. If you don't know what I mean just watch Nat Geo India programming 😉

Gal Gadot is hosting a Nat Geo series that includes an episode about a woman from a displaced Indigenous community, Kevin Spacey is going to play a sex-crime detective and my question is do their production studios not have PR/comms people?

god, i saw gal gadot's nat geo series and i just wanna bomb the comment about her actually being anti palestine.

It does appear as a ray of light that the world is acknowledging how problematic it is of Nat Geo to have Gal Gadot speak on such a matter, especially at the most inconvenient of times. Calling out Nat Geo has in turn also led people to look into the struggle of Palestinian lives and the ones sitting on the fence about the issue have started looking up and researching on the matter, as well. The involvement of celebrities, from either side, has brought global attention on the matter and continues to do so, as more celebrities join the movement.

However, the issue could either become a PR nightmare for the production team behind, or simply be shunned into oblivion as people move on and stop speaking up for the cause.

You’ll see it a lot in media, if you don’t acknowledge them enough and talk around them they are dehumanised, thus the suffering isn’t the suffering of human beings, it’s just an abstract group that people can disregard easier than they can dead men, women, and children.