Cinema Ghar’s Karachi Kahaani is a glimpse of urban stories

Living in a dynamic metropolis can be overwhelming. The upcoming series by Cinema Ghar induces just that sense. 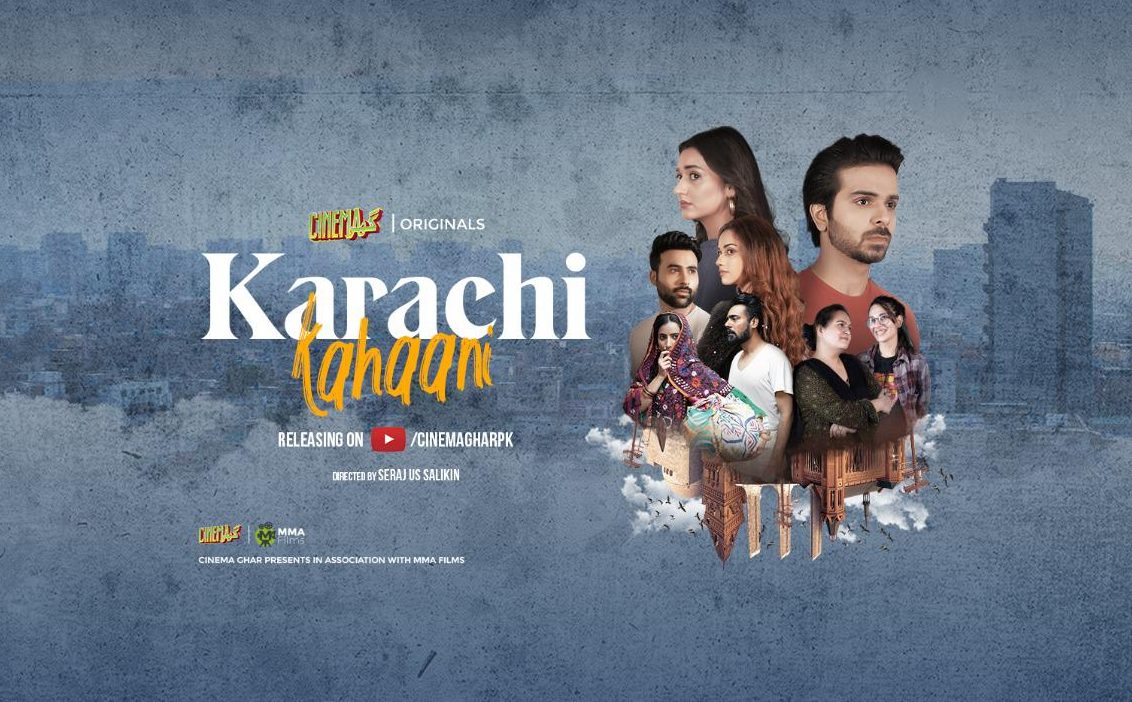 KARACHI: A melting pot of most of Karachi’s ethnicities, Karachi is dynamic, diverse, and full of stories. It is perhaps the only city in Pakistan that comprises the many ethnicities and social groups that it does. With a diversified set of groups comes an abundance of narratives, stories of struggle living in sometimes what we’d like to call a “pressure cooker”. Cinema Ghar taps on to those very stories and aims to help their audiences live another person’s reality with their upcoming series, Karachi Kahaani.

For this project, Cinema Ghar will be releasing one episode each week, during the next four weeks. While the teaser does not give away much, except the fact that it explores interpersonal relationships, adjustment from rural to an urban setting, themes of independence, and the mother-daughter bond, we have the director of the series, Seraj Us Salikin to give us a better insight on what he has curated.

“Making Karachi Kahaani has been a phenomenal experience for Cinema Ghar,” shared Salikin, reflecting on his experience. “From the writing process to collaborating with the performers and coming together to create has always been special for me. When you know everyone is giving their hundred percent, it elevates the film and does justice to the director’s vision. We achieved what we envisioned, got quite close and I think that is something the creators are glad about.”

Bringing a film from paper to screen is an incredible feat no doubt. There is always room for human error, and limitation of resources, particularly in a place like Pakistan that can slow down or somehow alter the final execution, perhaps even deviating slightly from what was initially envisioned. However, still managing to achieve something close to what was planned is something that definitely needs to be lauded.

About his actors, Seraj Us Salikin talks about how working with actors who know their craft can make work easier. While some actors are more familiar than others, such as Faizan Sheikh and Hina Rizvi, the film employs actors from digital mediums as well as theatre stages. The list includes Mizna Waqas, Erum Bashir, Kanwal Khan, Raheel Siddiqui, Samhan Ghazi, Mujtaba Rizvi, Dania Enwer, Abul Hassan and Fajr Sheikh.

“Having trained actors makes the job easy on set especially when you are running against time with a limited budget and trained actors do come in handy. I think we had a good mix of actors from all mediums, some are maybe more known due to their presence on television. It was a great learning experience for me to work with such brilliant actors and they all made this project so special for me.”

About the genre of the film, Seraj explains, “..is drama. Slice of life drama that the masses would relate to. Some films get a bit more serious as they progress, while some have that comedic tone to them. You will find something different in these films; something you don’t get to watch on TV or in our local digital space.”

It is imperative that web series and short films explore their choices. With television channels having their own niche of audiences, options tend to get limited with TRPs involved. Thus, web series are a freer medium of exploring what has been left untapped.

The director also sees the pandemic as a neutral. While he does admit that recent times have been a “rough patch” for most filmmakers, he also looks at the lockdown as necessary evils in his case, for helping him focus on the pre-production of his upcoming project. “The process of writing and rewriting requires a lot of focus and commitment. So I guess the lockdowns did help me get through the writing phase,” he admitted.

As his own project focuses heavily on realism, it is no surprise that Salikin chooses realism as a form of expression in cinema. “While it is highly subjective, my preference is to keep the film close to reality. I love realism, natural acting, smooth, organic writing. I prefer to keep that treatment with my films. However, it does not necessarily have to be the case with all the narratives. Stories are a product of what we observe, how we see society, and how it molds us.”

Filming during a pandemic, with a requirement of strict SOPs in place can be pretty challenging. Salikin and his team have not been devoid of that challenge either. “It is a very annoying phase when there is uncertainty and then you are impatient and just want to go on filming, getting on the sets, working with the actors, and getting back into the zone. We kept our crew minimal and took safety precautions.”

The cast and crew of the film are as follows: Hammad Siddiq serves as the Creative Producer for the project, while Ahmer Hussain and Hammad Khan take the reigns as Executive Producers. Seraj Us Salikin has also worked as a producer for the project, alongside Hamza Ali and Erum Bashir. The screenplay has been drafted by Seraj Us Salikin, Hammad Siddiq, and Ahmar Anwar. Much of the film’s cinematography has been looked after by Muntazir Mahdi, who also serves as one of the editors alongside Salikin and Minhaj Naeem.