The actor and director talks about conveying the full picture and not severing important details from a conversation that can help empower women. 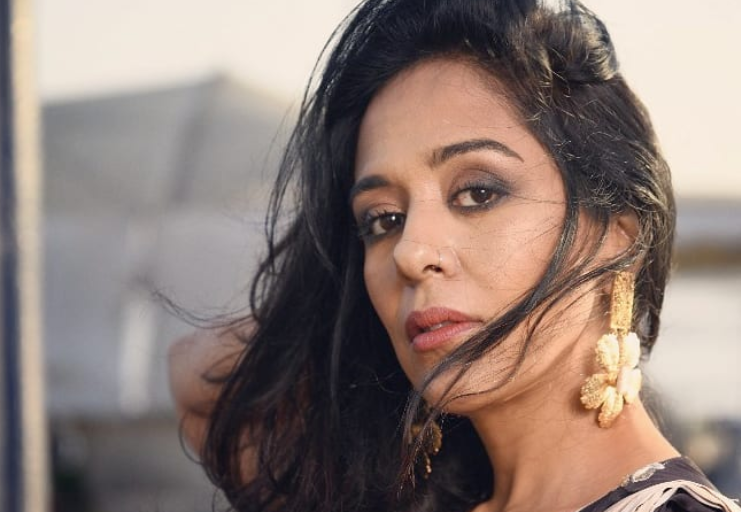 KARACHI: Yasra Rizvi is an artist known for her fierce take on social issues, strong female characters on screen, and poetry that resonates with most. She recently made headlines after she objected to the way leading publications framed the news of her pregnancy, ignoring the part where she continued to work, focusing only on the fact that she was expecting. Both Yasra Rizvi and her sister-in-law and fellow actor Jenaan Hussain then addressed the problem on their Instagram, aiming to highlight how problematic it is to only focus on a woman’s ability to conceive and not on her ability to work in spite of her pregnancy.

Once again, Yasra Rizvi took to her Instagram, after her fans began questioning her stance. Most raised a concern as to why would the actor even upload such a picture, if she did not want her fans to congratulate her. “I needed to address this issue because, for me, this is an important conversation. I had no objection to the congratulations I received from fans. What I objected was the way media outlets were framing that news,” she answered in her video.

She explained further stating, “Putting up a picture with the entire paraphernalia was aimed at bringing it into notice that yes, it is true that I am expecting. Of course, my fans love me and will congratulate me. However, it is imperative that the news is complete. The reason being, whatever news circulates regarding people like me, who come from showbiz, it plays a part in the socio-political narrative. The news contributes to the narrative of feminism and female empowerment.”

Rizvi also talked about how people also felt she is affecting rather negatively, the feminist movement. She wonders how.

“All over the world, when women apply for jobs to become an important part of the workforce, their ability to conceive is seen as a disadvantage. She will go on maternity leave. Once she has children she will get busy with them and stay distracted at work. We should instead hire a man,” she added.

She elaborated on how women all over the world work during their pregnancy, but public figures such as herself are given all the limelight. It is hence important to talk about the whole truth and add every little detail to the narrative to a precedent is set. “It is small things like these, that once combined together eliminate people’s preconceived notions.”

She also suggested that our focus as news outlets should not only be on what someone wore and who they married and how, but it should also be actions such as these that need to be appreciated. “It is important to convey every detail, particularly in the kind of environment we are in today.”

Yasra Rizvi feels that the entire picture of the situation, if accurately portrayed by the media can push forward the idea that women are capable, even during their pregnancy. “When the news is complete, it benefits people. People who would have known the whole story would have understood that it is possible for women to work during pregnancy. She is doing it too. The way we build our narrative and let go of certain details and selectively highlight certain things is what I have a problem with,” she reasons.

She explained what needs to actually be highlighted in this case and how. The highlight should be: “Yasra Rizvi is on a set during pregnancy. A set is a high-pressure place, and we live in a country where female directors are already scarce. But she (Yasra Rizvi) is still doing their job. She is trying to remain a part of the workforce and a serviceable citizen.”

In conclusion, she added, “I am not crazy that I would put up that picture myself and then object when people congratulate me. However, it is important to convey the full picture in the news. That is my entire point.”