Outdoor dining banned till Eid; offices to close at 2pm 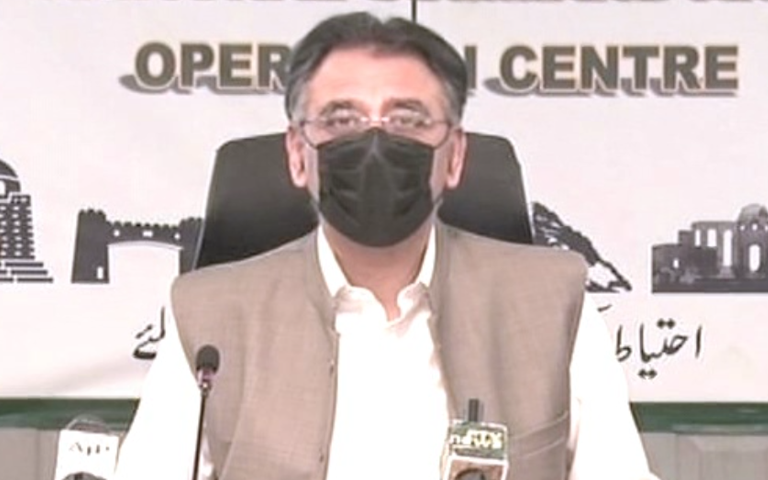 KARACHI: With the third wave of Corona claiming more lives across the country, Asad Umer, the head of the National Command Operation Center (NCOC), announced that the government will be implementing stricter measures to curb the spike in cases. Amongst those measures is outdoor dining being banned till Eid while office timings have been cut short till 2pm with 50% of the staff working from home.

Other measures, as announced by Umer, included markets to shut down by 6pm. In Sindh, shops will remain closed on Fridays and Sundays. Only shops selling essential products will be allowed to stay open till late. Indoor gyms will also remain closed. The government also announced that it will make a detailed policy on the testing and quarantine for people coming from abroad. Schools in areas with 5% positivity will also be shut down.

However, despite these measures, if the situation continues to worsen, Umer said the government will be forced to impose lockdown in different cities. If it does come to that, the NCOC and the provinces will have proper discussions and come up with a detailed plan for that.

Hospital fill up continuing to grow. Critical care patients now above 4500, which is 30% higher than peak in june last year. Oxygen supply capacity in the country is now under stress. Sop compliance remains low. We are making a huge mistake by not following sop’s

However, a complete lockdown is the last thing that Prime Minister Imran Khan wants. He said, “lockdowns affect the poor the most.” Instead, he advised masses “to be careful yourself, otherwise, you will leave us with no other option.” He also announced that that the Pakistan Army will be assisting the police in ensuring that SOPs are being followed. “They will be deployed on roads along with the police now,” he asserted.

The measures have been deemed necessary with over 16,000 lives having been claimed by the virus, as per official figures. The amount of confirmed cases has risen to over 772,000.