Soft, slow, and faithful to its origins, 'Salam-e-Aajizana' is a soulful expression of devotion 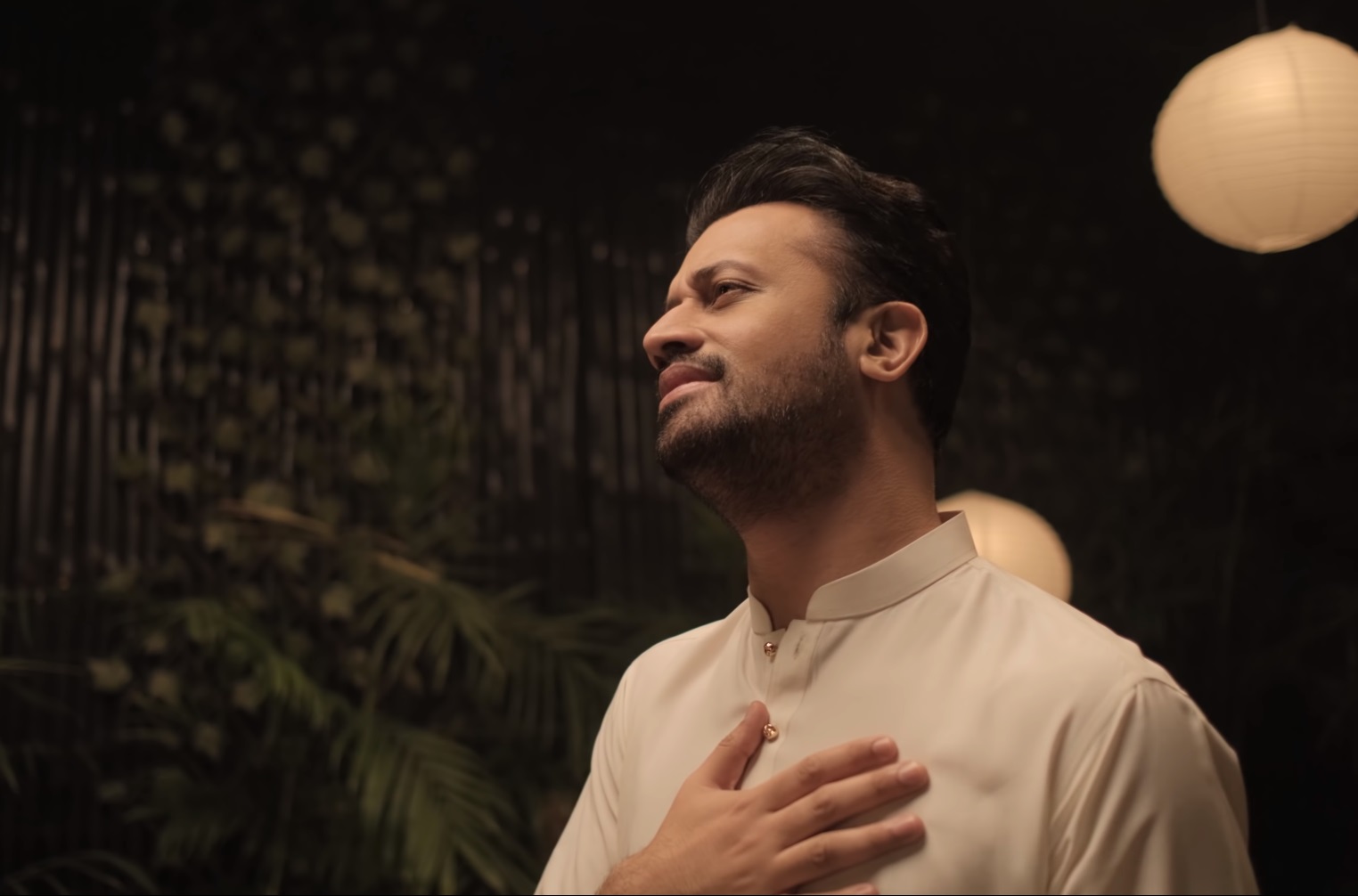 KARACHI: The year can seem rather incomplete without Atif Aslam coming forward with at least one soulful hamd or naat. His tracks ‘Wohi Khuda Hai’, and ‘Tajdaar-e-Haram’ are highly acclaimed amongst listeners to this day for their minimal music, and maximum expression. The former was in praise of Allah, while the naat was Aslam’s devotion to the Holy Prophet Muhammad PBUH. Both efforts, however, with their music and lyrical composition are an ode to spirituality and mysticism.

Adding ‘Salam-e-Aajizana’ that he has released this year, Atif Aslam proves yet again why he is one of the best vocalists we have in Pakistan today.

The naat makes minimal use of music as most of its harmony comes from all the vocalists synchronizing their humming with the lead vocalist. Clad in all white, the group also performs the chorus of the naat. All vocalists take turns to lead with their vocals with every successive stanza. Their voices, although automated at some points in the naat, are alone enough to add both melody and bass to the track.

Through his Instagram, Aslam had earlier announced that the track will be releasing shortly. After the release, listeners have majorly positive things to say about the track.

In addition to Atif Aslam, who begins the naat, the vocalists to follow include Ali Pervez Mehdi, Nouman Javed, Ahsan Pervaiz and Mehdi Kumail Jaffery. While he begins the naat with his vocals softly opening the track, Atif Aslam’s vocals become rather strong towards the end. This adds to the feel of the naat as his vocals are backed by harmonizing humming as well as the chorus.

The set makes use of negative spaces and the idea that less is more. Through their minimal, yet soft lighting through the lanterns hanging across the studio, the art direction pushes forward the notion of sufficiency within simplicity. The overall look of the song may appear humble but is at the same time grand.