The show is set to release its first episode this week 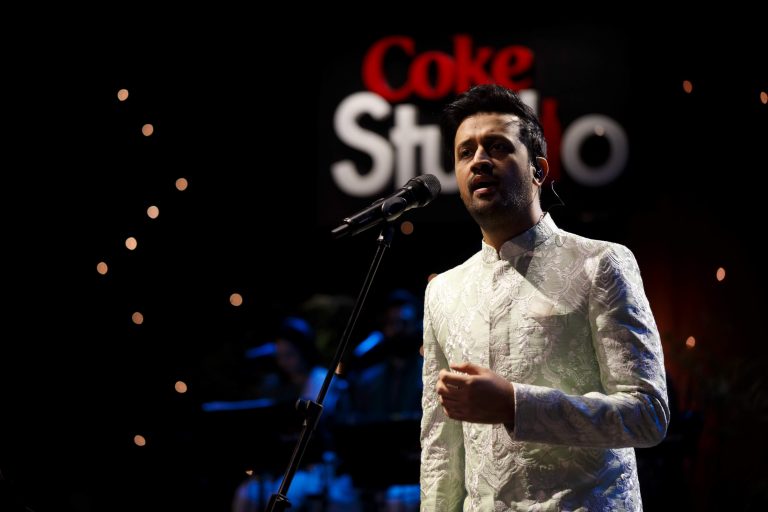 KARACHI: The show has announced that its first episode will release on the 11th of October and will be featuring none other than Atif Aslam, who has impressed fans and critics alike with his renditions of Tajdar-e-Haram and Jal Pari/Tu Mera Dil in previous seasons of the show.

Read: Coke Studio returns for its twelfth season with a virtual tour

Aslam will be singing the hamd, Wohi Khuda Hai in the first episode.

According to the show’s official press release, this hamd has been penned by Muzaffar Warsi and the lyrics of Wohi Khuda Hai are a praise of God. This piece, which was originally made iconic by Ustad Nusrat Fateh Ali Khan, Wohi Khuda Hai is considered a national favourite. One can only imagine the magic Atif Aslam will create with his version.

At #CokeStudio12, the rendition of #WohiKhudaHai presents Atif Aslam in a space that explores the very essence of the hamd; a glorification of the Divine.
Through this exclusive BTS, become part of our journey to re-create this soulful piece. @itsaadee https://t.co/AhwEqjKWUy

Speaking about his professional achievements, Atif Aslam states that he still doesn’t think that he has made it. “When I started, for the first few years, I used to think, with fame and money, I’d made it. But after that I asked myself, ‘What have you made? This is all material that you have.’ After that, the real search started. That is when the fun started. Even today, I am caught in that search. I will keep at it, always,” he says, according to the press release.

Other artists to be featured in the show include Abrar-ul-Haq, Fariha Pervaiz, Zoe Viccaji, Umair Jaswal, Fareed Ayaz & Abu Muhammad, Sanam Marvi, Aima Baig, Ali Sethi and many others.