Atif Aslam on his relationship with cricket, music, and God

In a recent interview with AB Talks, the music icon reflected on his journey as a musician and how it connects him to other people 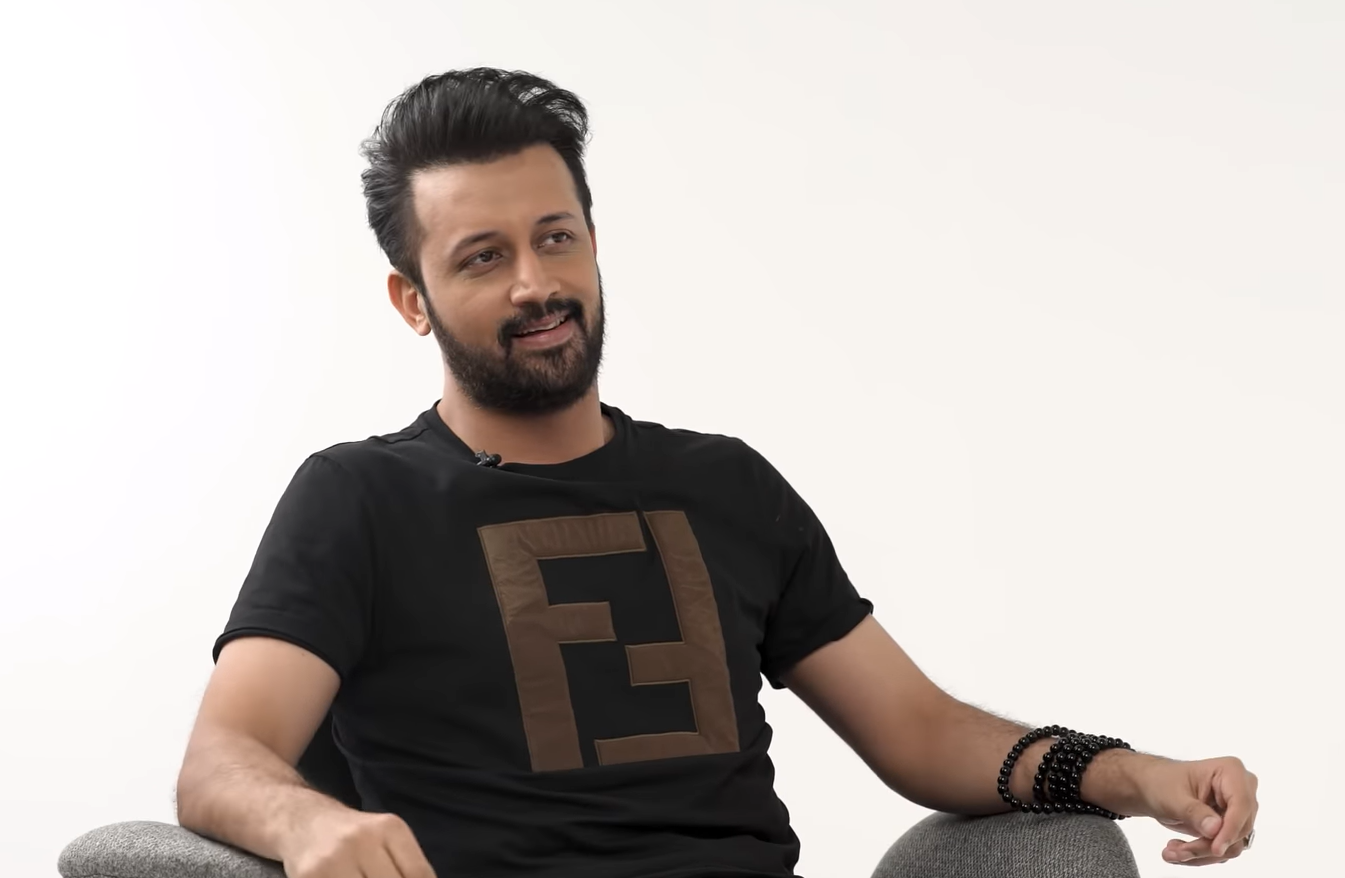 KARACHI: One of the most celebrated musicians of Pakistan, Atif Aslam has a rather subtle social presence. Allowing his music to speak for him, it is not every day that Atif Aslam makes an appearance for an interview. However, the star recently did sit down for a conversation with AB Talks, and a very insightful one at that.

Creating magic with music the way Aslam does, it was interesting to find out that becoming a musician was never on his list. As a kid, Aslam was passionate about cricket and spent hours playing and watching the sport. “I was planning on becoming a professional cricketer. I was an athlete and I worked really hard for it. But my parents knew that okay, this is his hobby, it’s nothing serious. I guess they didn’t know how good I was. But I gave up on that because they wanted me to study. I was skipping studies because my interest was to take wickets,” he revealed during the interview.

When asked about how the shift from cricket to singing happened, Aslam recalled the journey he made after giving up on cricket, “I explored myself in a way where I did not have any sort of an outlet and I was looking for that outlet. I became quiet, I became lonely. And then I heard Nusrat Fateh Ali Khan with Michael Brooks. This is 23 years ago, and my elder brother made me hear that album. I heard it and I thought, this is something amazing. It started calming me. It started making me talk to God. And when I started praying, I started getting the answers. And those answers were just for me, I would never share them with anybody else.”

Atif Aslam gears up for a socially distant concert in Karachi

“So while I was talking (to God), I explored myself that I have a voice. I didn’t know I was going to make a career out of it. At this time, I had no clue about music. I started singing in the empty house,” he said while recalling the time they were shifting to another city. “I still remember the time, it was 5.30 in the evening in winters and the dark blue shades in the sky. I started singing and when I touched a high note, I got scared. And I left it there. The second time, one of my brother’s friends actually had a guitar and my brother wanted to explore the guitar. So he explored it for like two days, got bored, and left it there.

I picked it up, it only had three strings and they were not tuned. I started fiddling with those strings, started playing and started tuning it according to my ears because whatever would sound good to my ear, I would just tune it according to that. I started loving it, and I started singing to those untuned strings. That’s how I started. And after a year, I found out that first of all, a guitar is supposed to have six strings and you have to tune it to a standard tuning, which is beautiful because, you know, I was playing for a year and when I found that there is a standard thing, it opened a new dimension for me altogether.”

During the interview with AB Talks, Atif Aslam mentioned his fans a number of times. Revealing how they make up for a large percentage of the people he interacts with, Aslam spoke about how his music connects him to not just God but other people. One of his strongest memories from a fan is receiving a letter which said how the author’s sister had thalassemia but she responded to Aslam’s music. His music might serve as therapy for some people. In a more recent context, Aslam shared how witnessing people dance to his songs is a surreal feeling. Even in a socially distanced world where Aslam’s identity is hidden with a face mask, just looking at people enjoying his music fulfils his purpose as an artist.