Deepika Padukone to star alongside Amitabh Bachchan in The Intern 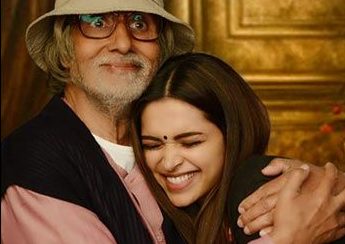 KARACHI: The heartwarming Hollywood blockbuster, The Intern, will be seeing its Bollywood remake, slated for a 2022 release. While the Hollywood counterpart of the story starred Anne Hathaway and Robert De Niro, the upcoming version of The Intern stars Deepika Padukone and Amitabh Bachchan.

While the late Rishi Kapoor had been lined up to play the character Bachchan is now playing, his demise led to recasting decisions. Joyous at sharing the screen with her co-star Amitabh Bachchan, Padukone penned down, “What an absolute honor to be collaborating with one of my most special co-stars again!💛 Welcoming @amitabhbachchan to the Indian adaptation of #TheIntern,” in her caption.

Bachchan and Padukone shared screen space as the beloved father-daughter duo in Piku and the audience loved the story the two actors breathed life into with their characters.

The film will be directed by Amit Ravendernath Sharma, who directed the family comedy Badhaai Ho which garnered him esteem and praise. Written by Nancy Meyers, The Intern explores the life of a man who wants to regain the self-esteem and importance he once had in his youth. He takes his internship to regain purpose in an organization headed by the female lead. The two form a bond which not only brings out a fatherly instinct from ‘The Intern’ who is protective of his new boss, but it also explores the idea of what workplace dynamics can be between two people, one of which is at a higher position over the other who has been working for far longer.

Victims of circumstance and age, the two form a healthy bond regardless. We have yet to see how The Intern narrates a similar story from a desi perspective and how relatable Amitabh Bachchan and Deepika Padukone can make it.