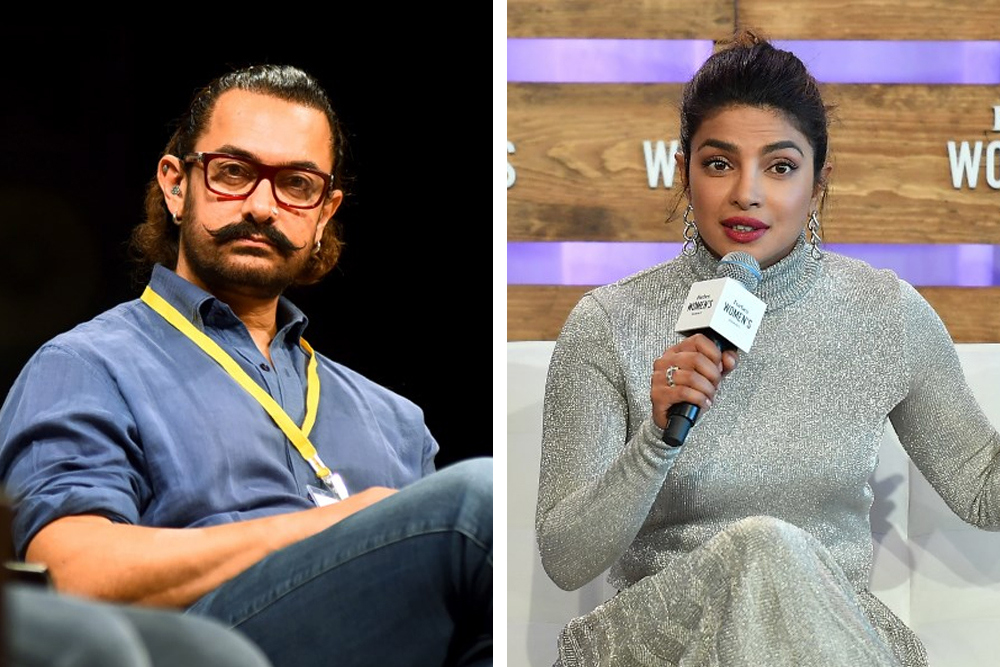 KARACHI: After Tanushree Dutta’s recent allegations of sexual assault against Nana Patekar, several Bollywood stars have spoken up for the actor.

In the interview, Dutta revealed she was sexually harassed on the sets of Horn Ok Please in 2008, where she was supposed to perform a dance sequence alongside her then co-star Patekar. After protesting against his behaviour and refusing to continue with the shoot, Dutta was allegedly attacked by goons whom she claims were called in by Patekar.

Many Bollywood bigwigs have come commented on the incident. Here’s what the stars have said so far:

This thread is very telling. @janiceseq85 was there at the time of the incident being debated today. Even when #TanushreeDutta had career concerns to keep quiet 10 years ago she did not & her story hasn’t changed now. Her courage should be admired, not her intention questioned. https://t.co/Ola3MNdmtS

I believe #TanushreeDatta and @janiceseq85 recollection of the account. Janice is my friend, and she is anything but an exaggerator or a liar. And it’s upto us to stand together. https://t.co/sF3mS5o1P8

I agree too. Survivors are survivors because they have dealt with something horrible and come out on the other side. So believe them, respect them. @janiceseq85 #TanushreeDutta

Comedian Vir Das and Rang De Basanti star Siddharth both urged others to listen to victims before passing judgements.

If a women speaks out about abuse, you listen. Even if it's on her deathbed 50 years after the incident,you listen. If you ask why she didn't speak earlier or you rush to dismiss her, the problem is with you. There will be investigation; but first, listen. Period. #TanushreeDutta

For men, a big part of the #MeToo movement is listening to women tell their story. Supporting them with belief. #TanushreeDutta is telling hers. Be a good man, shut your mouth, and listen to it. There are many many more like it in our industry. And they deserve to be heard.

Women from the older generation of Bollywood, Raveena Tandon and Twinkle Khanna, also weighed in on the matter.

When our industry fails to stand for and protect its own.They get their chance and lose it.Makes our films on women empowerment hollow.The deafening silence on #TanushreeDutta case is sickening. remember the controversy breaking out .( part 1)

Please read this thread before judging or shaming #TanushreeDutta a working environment without harassment and intimidation is a fundamental right and by speaking up this brave woman helps pave the way towards that very goal for all of us! https://t.co/f8Nj9YWRvE

However, the biggest disappointment came in the shape of Amitabh Bachchan and Aamir Khan who were asked to comment on matter during a press conference for their upcoming film Thugs of Hindustan. Bachchan said his name is “neither Tanushree nor Nana so how can I answer this question.”

Bachchan and Khan have both been vocal about women empowerment in the past when Bachchan’s film Pink was in the cinemas and when Khan was doing his socio-political show Satyamev Jayate.

Even Salman Khan dodged the question and refused to make a sensible comment, but keeping his troublesome past in mind, we hardly expected better.

I can't believe a bully like Salman Khan is respected so much across this country. But full respect to this lady reporter who stood up against him. And sorry Salman, that poor joke didn't make the atmosphere any lighter after your cheap response. #TanushreeDutta pic.twitter.com/TPF2uNdTBC