Like moths to a flame, for some odd reason, our celebrities just can’t seem to stay away from trouble and this time at the forefront of it all is Kubra Khan 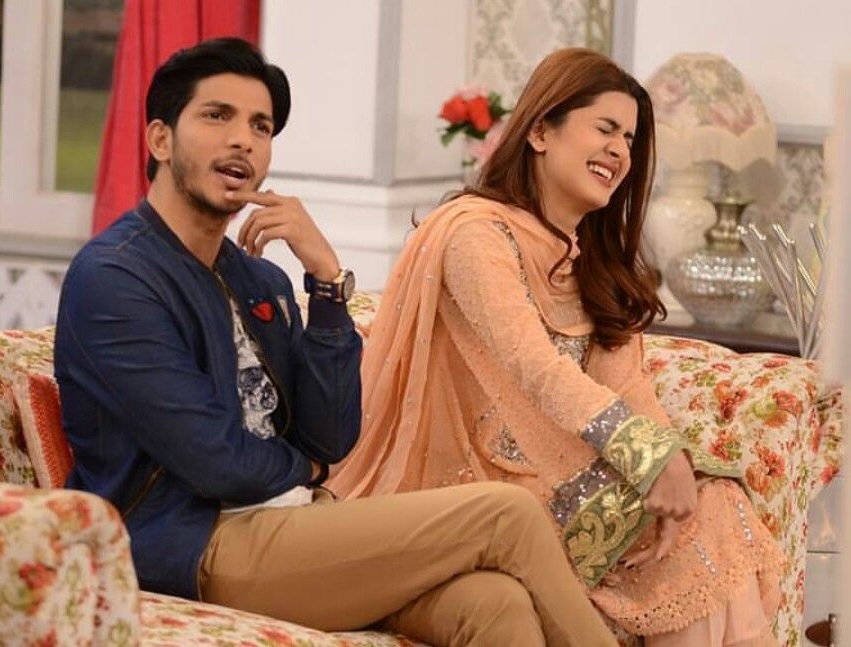 KARACHI: Kubra Khan has landed herself in trouble after showing support towards Mohsin Abbas Haider. If you think back to November 2018, the internet was taken by storm when actor Mohsin Abbas Haider’s wife Fatima, accused her then-husband of infidelity and extreme domestic abuse. Her allegations were supported with pictures of her battered and bruised at the hands of her husband all while she was pregnant and continued even after the birth of their child. She claimed that it all began when she confronted him for cheating on her with Nazish Jehangir who is also an actor.

Mohsin Abbas obviously felt the need to defend himself, but only ended up digging a deeper hole for himself. His counter-story included throwing dirt on his wife’s character, labeling her as a greedy woman, and accusing her of playing the “woman card.” Needless to say, no one was buying his story. Instead, celebrities came out in support of Fatima, claiming to have witnessed Mohsin Abbas’ abuse firsthand.

This included Gohar Rasheed, Dua Malik, Hamza Ali Abbasi, and Humaima Malik. Other celebrities such as Mahira Khan, Osman Khalid Butt, Shaan, and Mansha Pasha all spoke out to berate the disgraced actor for raising his hand on a woman. Eventually, he was also fired from Mazaaq Raat after an FIR was registered against him. The story did not end there. In 2019, the Lahore sessions court found Mohsin guilty of harassing and blackmailing Fatima. In a country where women are always asked for proof when a crime has been committed against them, one would assume there was enough evidence mounted against Mohsin Abbas Haider.

Apparently, it’s still not enough for Kubra Khan. Both actors had starred together in the drama Muqabil in 2016 and Kubra Khan had uploaded a picture with Mohsin Abbas Khan captioned, “beautiful, beautiful human being”.

The picture in question became a topic of discussion on Ghabrana Mana Hai when Vasay Chaudhry asked if she had taken any more pictures with the disgraced actor. She brazenly stated that she had in fact taken more pictures with him when she went on his show and also when she starred in a telefilm with him, post the scandal. She was then asked if she had spoken up about the controversy involving her co-star to which she stated that she did but very fleetingly. Kubra Khan laid great emphasis on the word “if” when saying “if what came out was true, it’s disgusting.” She went on to say that not even the law can determine the truth, only the two parties involved could.

What is disappointing to see is an educated actor like Kubra Khan perpetuating the narrative that a woman and her abuse are always questioned, and no amount of proof is enough to substantiate her claims. As opposed to her male counterpart, whose word is taken at face value, especially when it comes to assassinating her character. Celebrities are often looked at as role models and when they make irresponsible statements without even considering the impact of their words, it should not come as a surprise that our society does not seem to be moving forward towards female empowerment. In situations like these, it is better to be quiet than say something irresponsible.