The album, titled Chalo, got a mention in the Guardian’s ten best global albums of 2020 and is a compilation featuring artists from India, Pakistan and Kashmir. 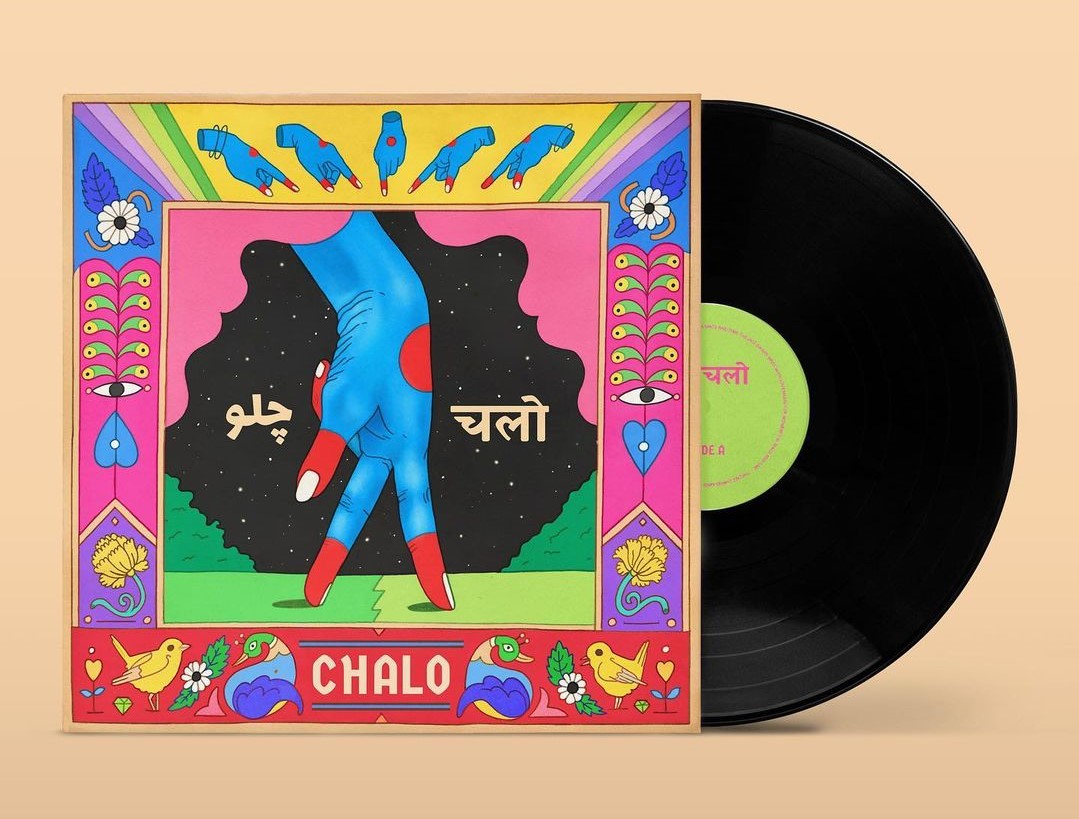 KARACHI: While music shows and collaborations between artists seems to be picking up in Pakistan, what with Velo Sound Station creating a new fan-base for their attempt at pop music, the new season of Coke Studio and now a recent teaser shows that Bisconni is also jumping on the music TV show bandwagon. Much can be said about the quality of content on these shows, but one thing is true: it’s nice to see musicians working together again, more so at a time when moods have been dampened globally due to the pandemic.

Recently, another local music collaboration, this time cross-border, got a mention in the Guardian’s ten best global albums of 2020. The album is called Chalo and it is a compilation featuring artists from India, Pakistan and Kashmir. This compilation reflects the essence of Chalo, which is a collaborative platform and an interdisciplinary community of creative people from South Asia.

“The first volume of Chalo comprises Pakistani and Indian artists across classical composers and underground hip-hop, visual artists and videographers, journalists and illustrators. It is a multi-tiered release featuring a video, podcast, print series and, most importantly, a music compilation,” the Chalo team shared in a press release.


The roster is filled with a diverse taste of music from the region featuring Riz Ahmed, V.S Narashimhan, Nabihah Iqbal and many more artists exploring genres like hip-hop, post-modern pop, electronica, meditative jazz and more.

From Pakistan, artists such as Janoobi Khargosh, Misbah, Mughal-e-Funk, Natasha Noorani, Rudoh, Slowspin, Talal Qureshi and TMPST are featured in the project. Considering the recent political climate and tensions between India and Pakistan, this compilation transcends borders and helps unite the diverse music of South Asia, which – in a global setting – is often reduced to stereotypes. “It dispels the notion that an often overlooked culture can be painted by one brush, a single narrative,” the Chalo team further shared.

The project is headed by co-founders Dhruva Balram and Jitwam from a label called The Jazz Diaries. Speaking to Cutacut, Dhruva shared how this project plays a role in changing the narrative about South Asian music: “Firstly, we’re definitely not trying to influence politics. Simply put: we want to showcase how creativity flourishes across borders. That, despite the restrictions placed on us by politicians, we move and create together. And that, music and the arts, bring people together no matter anyone’s class, creed and caste.”

He further added that so far, the response to this project has been extremely encouraging and for him it has been “lovely to see so many people genuinely excited about this.” Dhruva believes that the Chalo collective has the potential to build “something remarkable”. But whether or not that can be achieved depends on different factors out of their control. “But I’d like to see us in a couple of years from now remarking on how we achieved the dreams we had for Chalo.” said Dhruva.

Regarding the process of selecting musicians for this compilation, co-founder Jitwam shared that all the producers and musicians are friends or friends of friends. “It’s a real family affair and one that I hope fosters more collaboration and creativity between artists. Hopefully, we gon’ see a Talal Qureshi x Jitwam record soon!” he added.

Jitwam believes that compilations like Chalo can help in changing preconceived notions about what South Asian artists are “supposed to sound like”. “Most importantly it’s the hard work of South Asians all over the world that helps push the culture forward. From the artists to the musicians, to the managers, to the booking agents to the publicists to the DJs, it’s on our shoulders to build this thing together and create the change we want to see in the world,” Jitwam explained.

Speaking to Cutacut, Talal Qureshi shared that he got introduced to the Chalo project by Natasha Noorani. Being part of the compilation has helped in getting Talal – who has two tracks featured in the lineup – more listeners. “The response has been great. I received a lot of love from my new listeners.” Regarding his feelings about being included in this collective, Talal shared: “The talent across the subcontinent is phenomenal, glad to be part of this experience. Talal wants to encourage everyone to purchase the album, which is released on Vinyl as well, because “it’s for a great cause and worth it!”

Another indie artist from Pakistan featured on the compilation, Asfandyar Khan, known also by his producer name TMPST, was approached by co-founder Dhruva Balram to be a part of the platform. “It seemed like a fantastic cause; not just that any proceeds would go to HRLN and Zindagi Trust, but also to highlight the fact that South Asia has a lot more to offer than just typical Bollywood fare,” said Asfandyar. “I think it shines a great light on the indie/electronic music scenes in Pakistan and India, scenes that have been building for years with a lot of truly brilliant music,” he added.

Similar to Talal Qureshi, this project has helped in increasing listenership for TMSPT as well. “There’s definitely been a decent-sized jump in my Spotify and Bandcamp listeners!” Asfandyar shared. While he feels that the project may not do much to change the political narrative between both countries due to “hostility and entrenchment of views in both countries,” Asfandyar believes that the Chalo project will initiate conversations about South Asian artists that are isolated within their own borders.

“It’s terrible that a lot of Indian artists have fans in Pakistan (and vice versa), and we may never truly get to see them share a stage… I’m not sure in 2020 how much power artists really have to shape a world that’s beholden to misinformation and hyper-nationalism. I think for the artist community on both sides of the border such collaborations are always essential in humanizing culture, so I’m glad this compilation exists,” Asfandyar elaborated.


Chalo is an ongoing project and the compilation is going to be accompanied by a video piece that shares insight regarding the plight of artists of colour. The idea will further extend to an eight-episode podcast which will include conversations between artists from various part of the subcontinent. The proceeds from this project will also be shared between the Human Rights Law Network in India and the Zindagi Trust in Pakistan, which are known for their own initiatives towards educational reforms and empowerment.