Recalling a recent incident where an interviewer did not know her full name or profile, Khan mentioned how respect is often directly proportional to social media following 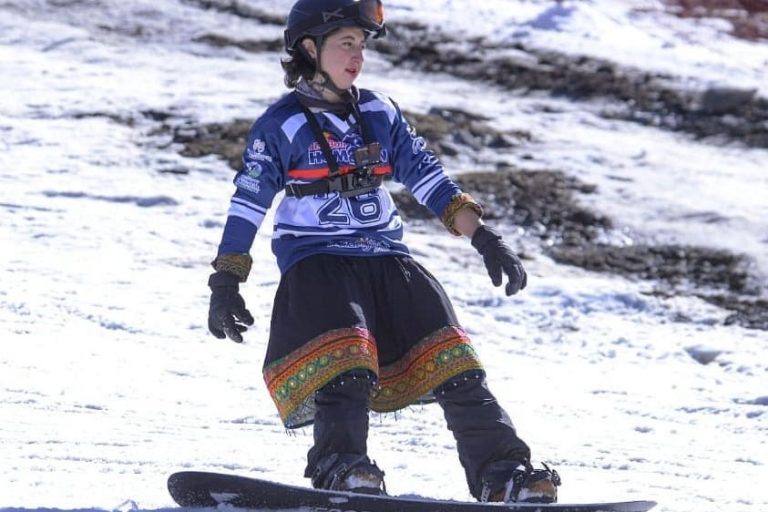 KARACHI: Be it sports, business, politics, science, or philanthropy, Pakistani women have been doing it all. However, in a society where women are seen as the weaker gender and assumed to be less capable than their male counterparts, these achievements are rarely highlighted. Referring to the same discrimination and lack of awareness that Pakistanis have regarding women in sports, athlete Samar Khan has been highlighting some personal experiences at the hands of local media.

Samar Khan is a Pakistani adventure athlete who is the first to cycle on the Biafo Glacier. Khan is also the first Pakistani to have cycled on the Roof of Africa, UHURU PEAK, Kilimanjaro. Not only is Khan passionate about adventure sports but also holds a Masters in Physics. Sadly, athlete Samar Khan and many others like her are not given the due respect and coverage in Pakistan which they deserve.

Khan recently shared posts on her social media in which she narrated an incident from an interview she was invited for. Khan revealed that the interviewer did not even know her full name and profile, and upon asking for a proper introduction like the one the man before her had gotten, Khan was asked to introduce herself or leave the show. During the same show, athletes had also been made to sit together in a room with no basic facilities, while social media influencers with huge following were given extreme importance.

Highlighting the ‘priorities’ which Pakistan as a nation seems to have with ‘cheap entertainment’ and ‘fan following’ given priority over true talent and hardwork, Khan shared that this was not the first time that athletes had been overshadowed by social media influencers. Apparently this is a common practice on award shows and tournaments featuring athletes.

In a chain of Instagram posts, Khan has been highlighting the rights of athletes along with creating awareness about snow sports and its participants. “The objective of my previous post was to expose few people/departments who take sports fraternity for granted,” she wrote in one of her posts.

Khan also shared shots from the recent Redbull Homerun competition where she participated in the snowboarding category and represented Pakistan and its culture by donning a traditional dress.

We wish all the best to Samar Khan for all of her competitions in the future and hope that Pakistan acknowledges the honour and trophies which athletes like her bring home.