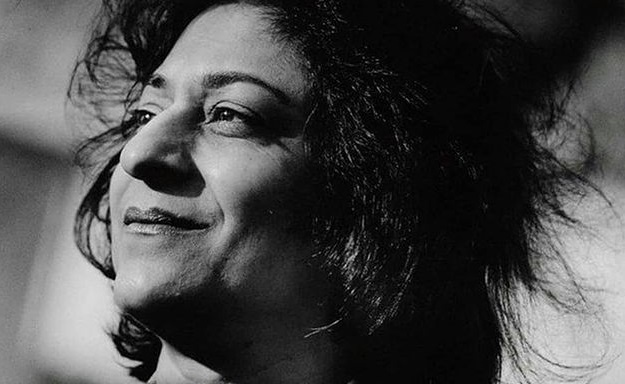 KARACHI: Asma Jahangir was a lawyer and activist, and perhaps one of the most notable feminist figures Pakistan has witnessed. Her books, Divine Sanction? The Hudood Ordinance, and Children of a Lesser God: Child Prisoners of Pakistan are a source of direction. In less than 70 years, the activist achieved a position that guides many to this day. Here are some noteworthy achievements of Asma Jahangir:

1. Activism for democracy and becoming the vice-chair of the Defence for Children International, Geneva

Asma Jahangir was born and raised in Lahore where she completed her education, graduating as a Lawyer from the Punjab University Law College in 1978. In 1980 she joined the Lahore high court and was later called to join the Supreme Court in 1982. During this time, Jahangir, a staunch supporter of democracy directed her activism against the Zia regime.

Happy Birthday to the heart and soul of resistance!#AsmaJahangir pic.twitter.com/W6Y4HBoiOG

In 1986, Asma Jahangir moved to Geneva where another one of her achievements awaited her – becoming the vice-chairperson of the Defence for Children International. She remained in that position until 1988.

2. Her fight for Human Rights in Pakistan

In 1980, Asma Jahangir and her sister Hina Jilani helped form the Women’s Action Forum (WAF).  On Feb 12th, 1983, she joined the Punjab Women Lawyers Association to organize a public protest against the Hudood Ordinance. During this protest, Jahangir and many other members of the WAF were beaten and arrested by the police. 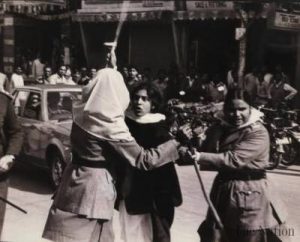 However, a case she is remembered for to this day is the case of Safia Bibi. In 1983, Safia, a blind 13-year-old was raped by her employers, as a result of which she became pregnant. According to the Zina Ordinance, she was thrown in jail and charged with fornication, sentenced to flogging, and three years of imprisonment and fine. Jahangir took up the case and defended Safia Bibi in her appeal.

Today 27th January 2021 is the 69 Birthday of Asma jahangir pic.twitter.com/Iu0ECRBwB3

Highly vocal against the violation of women’s rights in police custody she wrote in a letter to The New York Times, “Women are arrested, raped and sexually assaulted every day in the presence of female constables, who find themselves helpless in such situations”.

Also an advocate of minority rights, she wrote her famous Whither Are We?  addressing Musharraf’s government, citing a number of human rights violations, “A Hindu income tax inspector gets lynched in the presence of the army personnel for allegedly having made a remark on the beard of a trader. Promptly, the unfortunate Hindu government servant is booked for having committed blasphemy, while the traders and the Lashkar-e-Taiba activists were offered tea over parleys. A seventy-year-old Mukhtaran Bibi and her pregnant daughter Samina are languishing in Sheikhupura jail on trumped-up charges of blasphemy”. She was also an active voice against forced conversions.

“We never learnt the right lessons. We never went to the root of the problem. Once you start politicizing religion, you play with fire and you get burnt as well.”

In 1987, Jahangir co-founded the Human Rights Commission of Pakistan and became its Secretary-General, later becoming the commission’s chairperson. Being one of the leading forces at the Lawyer’s Movement of 2007, she was the first woman of Pakistan to serve as the President of the Supreme Court Bar Association. Jahangir not only co-chaired the South Asia Forum for Human Rights and also became the vice-president of the International Federation for Human Rights.

3. Leaving her mark at the United Nations

Asma Jahangir became a recipient of the Martin Ennals Award for Human Rights Defenders in 1995. She was also awarded the UNESCO/Bilbao Prize for the Promotion of a Culture of Human Rights. Jahangir was given a Sitara-e-Imtiaz in 2005 by the Pakistani government. The very same year, she also received the Ramon Magsaysay Award.

History will always remember the bravery & courage of Asma Jahangir the legendary lawyer & the champion of human rights, She was the voice of voiceless. Born today in 1952.Great lady #AsmaJahanir pic.twitter.com/HOmcPR8MFw

In 2010 she received the Freedom Award by the IRC, and a Hilal-e-Imtiaz by the Pakistani government. Four years later, in 2014, the activist received the Right Livelihood Award (along with Edward Snowden). Even after her passing, the name of Asma Jahangir lives on, bringing her achievements such as the Nishan-e-Imtiaz in 2018. Perhaps, Pakistan furthering her legacy is what serves as her biggest accomplishment.