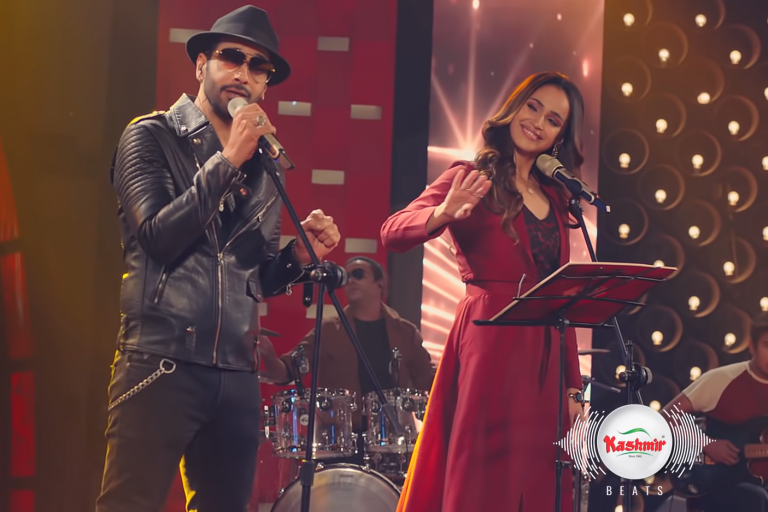 KARACHI: Sponsored music shows seem to be the new trend in Pakistan. Though Pepsi Battle of the Bands remains the pioneer of branded music shows, Coke Studio soon provided a platform for established singers to experiment with old and new beats. A more recent addition, Velo Sound Station followed up in 2020 with some not-so-new faces. Singers like Meesha Shafi and Atif Aslam brought their strong vocals and star power to the stage and thus, attracted audiences. Our music industry has been telling a similar story in 2021. As the year began, Bisconni Music was introduced and while it brought with it new faces, the show gathered fairly little attention. A week later, Kashmir Beats released its first episode.

What is interesting is that Kashmir Cooking Oil managed to combine the two factors which make for the popularity of a show these days. They brought star power and new faces to the stage as they present established TV actors as singers. But did that necessarily mean that the songs were a hit as well? Not quite.

Let us look at Faysal Qureshi and Faryal Mehmood’s ‘O Yaara’ first. Both of these actors have star power and have not been featured in a music show before. So yes, Kashmir Beats definitely hit the nail on the head with a unique idea but not all out-of-the-box ideas meet their purpose. On face value, the song by Qureshi and Mehmood comes across as performative and heavily auto-tuned. Faysal Qureshi’s voice is entirely unrecognizable. Of course, the actors are not to be blamed for they are…actors. They are not singers and to expect them to produce musical masterpieces is unfair. Consequently, Qureshi and Mehmood did what they do best, they acted and performed throughout the song. The duo looked amazing as well as they were dressed to their best but these little distractions allowed little room for the song itself to be fully appreciated.

Zarnish Khan’s rendition of ‘Behta Dariya’ met a similar fate. Khan is not a singer and thus, the vocals in the song sounded far from what she sounds like on TV. The song was in fact nice owing to the music and the composition. Would the song have sounded equally good (or even better) had it been sung by someone other than Zarnish Khan? Probably.

The third song of the episode was sung by Imran Abbas. The fact that Abbas has previously shown interest in poetry and music became evident through his performance. ‘Soniye’ is a sweet melodious song and Abbas sang it pretty well.

Ahsan Khan, Hira Mani and Zhalay Sarhadi are some of the stars who will be featured over the next few episodes of Kashmir Beats. The show may be star-studded but does transforming actors into singers guarantee a successful show? Did the team behind the show really come up with a unique idea or are most sponsored shows following a standard recipe?