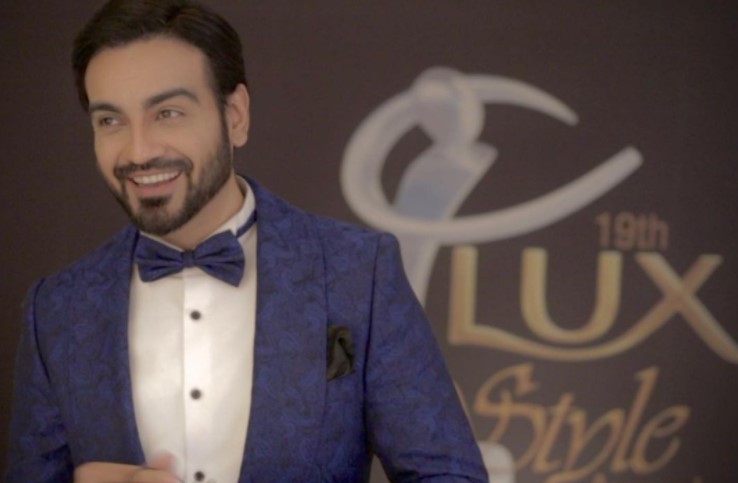 KARACHI: Lux Style Awards have been around for 19 years, recognising talent in fashion, film, TV and music. Though its credibility remains questionable despite no apparent association with any channel, it is still one of the most prestigious award platforms. Continuing with their legacy, the LSA team did not shy away from putting forth a starry affair despite limitations caused by the spread of Covid-19. The virtual event for Lux Style Awards 2020 streamed last night and the full show is available on their official YouTube channel.

Mehwish Hayat and Ahmed Ali Butt hosted the program that was recorded in advance. The two looked very bit the part they were playing, thanks to attention given to their styling, but there was nothing extraordinary about their hosting. The show had multiple hosts for different segments including the likes of Sarwat Gilani, Meher Bano, Nabila, Mansha Pasha and others, like every year. The show opened with a beautiful song featuring Hadia Hashmi, Fareed Ayaz, Hadiqa Kiani and Ali Tariq on vocals.

Here’s how LSA 2020 set itself apart from previous editions.

The award ceremony for Lux Style Awards 2020 took place virtually this year, owing to the global pandemic. Kudos to team LSA including show director Frieha Altaf for curating the program despite challenges. There was not only a pleasant red carpet with model Mushk Kaleem hosting it, the stars shone bright in lovely attires. There were distinct backdrops as all of them did not record at the same venue; some even did it from their home.

The list of winners was revealed a few days ahead of the streaming of LSA 2020. Winners took to their social media and shared their gratitude as they had been informed and invited to receive it. The show was recorded in advance with award presenters and winners in attendance.

Arslan Naseer in the house

Content creator Arslan Naseer of Comics By Arslan (CBA) was also in attendance, for the first time. What made him outshine others was his spoof of Pakistani film nominations as he hosted the film segment. One would like to see more of him, especially for scriptwriting of the show as that is one area our award shows lag behind in.

In the recent virtual edition of Lux Style Awards, there weren’t many performances like preceding years. There was one at the start of the show, featuring a kathak dancer and musicians on vocals. As the ceremony concluded, we saw Mehwish Hayat dancing to ‘Chaand Sa Roshan Chehra’ with Jimmy Khan on vocals.

All in all, it was a good attempt to keep a 19-year-long tradition alive. However, we did miss the fraternity coming together to cheer each other on their achievements.

Meesha Shafi demands her name to be removed from LSA nominees