Christians in Pakistan face marginalization, forced conversions and a lack of basic human rights, but Christmas is fully capitalized by brands and individuals who do nothing to safeguard the community otherwise 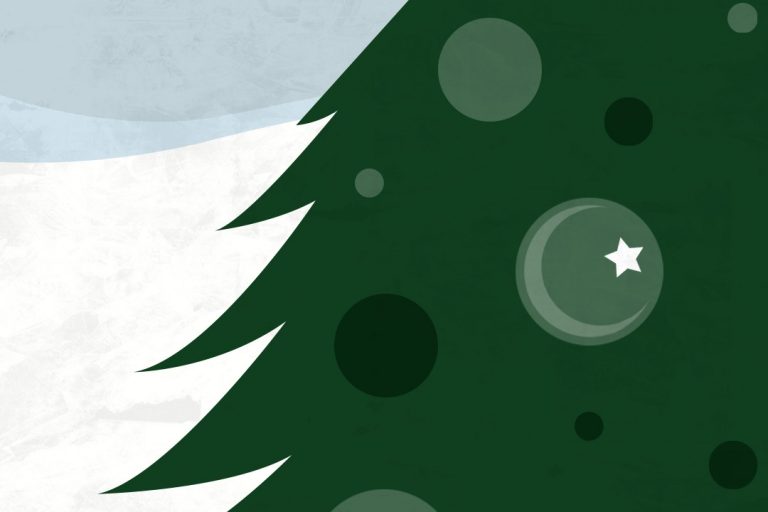 KARACHI: Reduced to the word ‘minority’, some of the most marginalized groups in Pakistan include Christians, Hindus, Ahmedis, Shias, Ismailis, Parsis, and Sikhs. Throughout the year, these very communities are persecuted, oppressed, refused due coverage by the media, and unrecognized for their individuality. However, it is on their most important days that the powerful majority decides to benefit from them. One such occasion is Christmas – heavily capitalized by brands and individuals alike while turning a blind eye to the treatment of Christians in Pakistan.

Christians are kidnapped and forcibly converted, but Christmas is fully celebrated and capitalized on.

There is no denying the fact that Pakistan’s minorities are treated unfairly in contrast to its Sunni Muslim majority. Not only is there an extreme inequality when it comes to our treatment of minorities where merit is kicked out the window, there is also little recognition of what these minorities have done for the country.

In a country like Pakistan that takes a second to unleash its anger, some brands might play it safe and enclose the Christmas sale into words like ‘Winter Sale’ or ‘Year-End sale’ or even start their sale on the pretext of Quaid-e-Azam Muhammad Ali Jinnah’s birthday. However, smartly enough this sale will always coincide with Christmas. 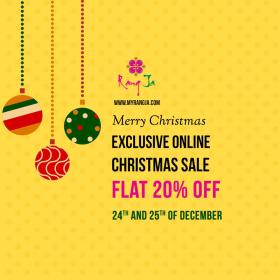 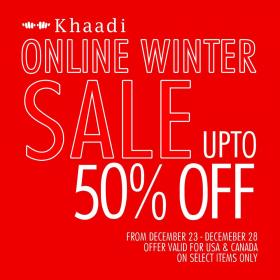 Speaking with Cynthia*, a young Christian woman, one learns how convenient it has been to ideologically cause harm to this community. “Directly, nobody has been disrespectful to me. However, there have been many times where I’ve seen posts on social media from people I know or from well-known pages that have used religious pictures to make jokes knowingly or unknowingly but they are really disrespectful.”

Often put on the hot seat to justify their religious practices, Christians are often made to “explain” Christmas and be “convincing” enough. The same is true for many other minority religions, as well as sects who have grown up feeling they need to be ready with answers should someone ask questions about their religious beliefs. And God forbid they don’t know the answers.

“I freelance for a digital marketing company and recently I’ve seen people ask why Christmas is being celebrated in some places over here and they claim that nothing related to Christmas should be put up here because it is a Muslim majority country and I find that really disrespectful, because at the end of the day regardless of what religion we belong everyone should be treated equally. In a country that is quick to punish for blasphemy, I really believe these issues should be taken into consideration.” Cynthia added.

Luckily, Christmas falls on the same day as Quaid’s birthday. In some cases, the limelight is often taken away by the cultural importance of the day itself, but in luckier circumstances, Christians get to have an official holiday to celebrate the occasion, a privilege not enjoyed by various other communities.

“Unfortunately, I don’t think we would get an off on 25th December if it wasn’t Jinnah’s birthday. It’s important to recognize Christmas individually as well because it is an important day for us. Yes, Christmas is a time when the family gets together, but there’s so much to it from a religious point of view.” Cynthia mirrors our thoughts. “I think I’ve come across most cases in rural areas rather than the urban areas where Christians are more so persecuted for different reasons.”

Eager to enjoy Christmas holidays, with Christmas brunches and dinners spread out in full swing, the same society has never been accepting of Christians. Regarding them ‘infidels’, Christians have been considered outcasts since the very beginning. Kabir*, who now lives in Canada and finally feels safer for getting out of Pakistan when he had the chance says, “I was studying in Lahore, where my campus was literally known as a Christian college. Once I was hanging out with my friends, we were having lunch at a restaurant. When the owner got to know that we are Christian boys, he came and threw out our plates and cups and told us that we don’t serve Kafirs. These kinds of incidents happen every day in our societies and the Christian youth growing up face all these challenges. Mentally and psychologically it’s a humongous pressure and sense of inferiority gets developed.”

Kabir added how he is personally related to families that had to flee Pakistan due to religious fanaticism that threatened their lives. How their mere existence as Christians was made to seem like it threatened the core values of Islam. He explained how thousands of families escape every year and live as refugees in Malaysia, Thailand, or the Philippines due to life-threatening risks in Pakistan. “It doesn’t seem to me that the situation will ever improve for Christian in Pakistan, unless we remove 295-c, then perhaps it could be the first step towards betterment,” he stated.

The 295-B and 295-C are clauses within the Pakistan Penal Code that prohibit any citizen to make derogatory remarks against the Holy Prophet PBUH. Time and again, the law has often been used to settle personal disputes and gain an edge over minorities. The recent case being Aasia Bibi’s acquittal.

“Most Christians avoid justifying their beliefs directly, and the reason is 295-c. However, Christian beliefs are being ridiculed on Pakistani channels and social media every day,” he explained, painting a grim picture of the helplessness faced by thousands of people in Pakistan.

Perhaps it is difficult to imagine the security we enjoy as a majority, but Kabir’s words do make it a whole lot clearer, “If I wasn’t a Christian I would have been at peace knowing that my daughter will never be kidnapped, nor forcefully converted to another religion or forced to marry a much older Muslim guy.”

***Names have been changed to maintain confidentiality.