The project will be Adnan Siddiqui's debut as a producer and a film debut for its lead actors, Imran Ashraf and Amar Khan 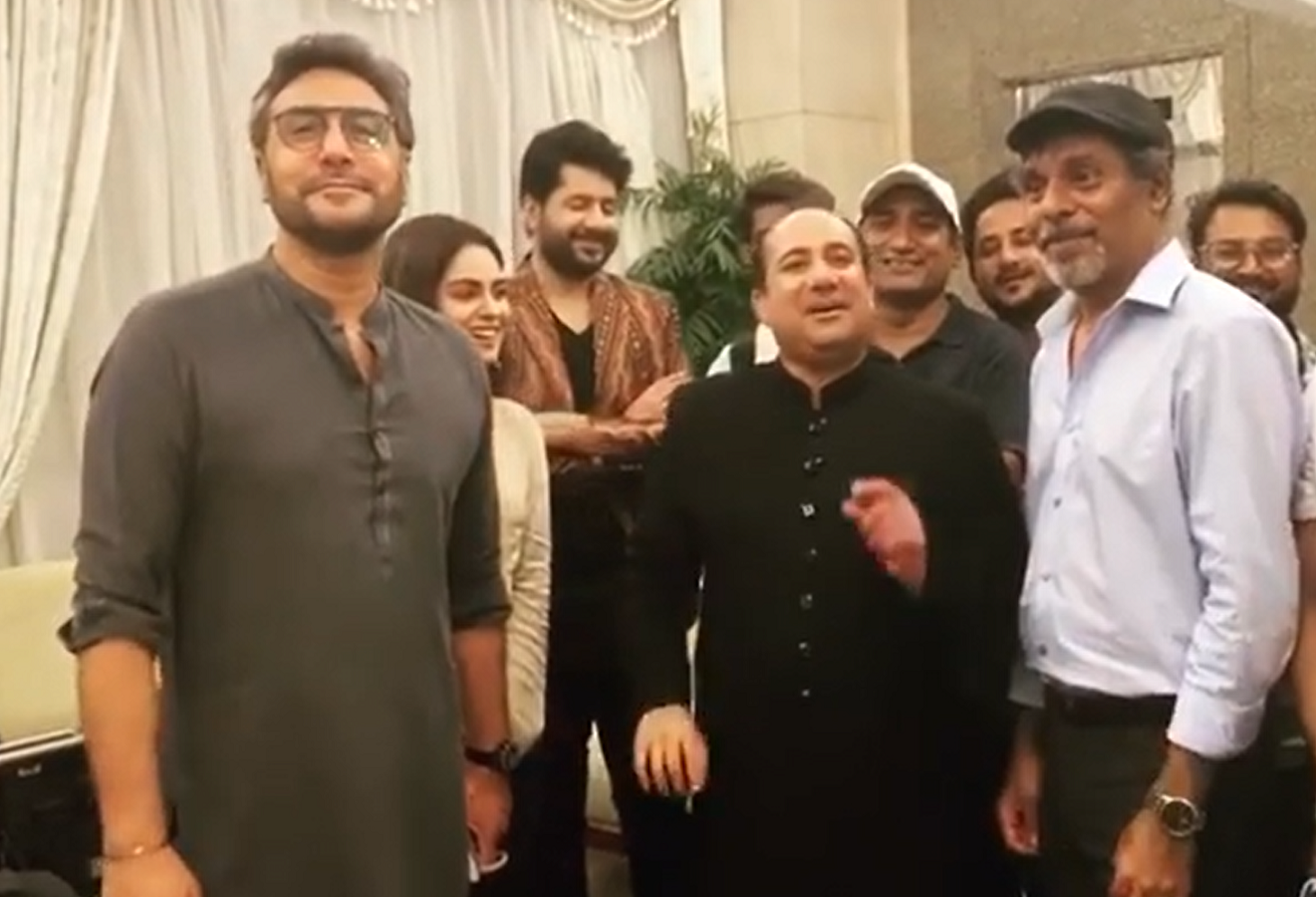 KARACHI: Many movies which were set to release in 2020 were pushed forward due to the uncertainty brought by COVID-19 and the closure of sets and theatres. Lollywood’s Dum Mastam saw the same fate with the movie initially scheduled for release in 2020. Adnan Siddiqui, however, confirmed on his Instagram that the movie will now be released in 2021. While filming is complete, post production activities are still underway. Adnan Siddiqui, who will be making his debut as a producer with Dum Mastam, shared a short clip from the dubbing process.

“We can’t wait to bring to you our much-loved creation—Dum Mastam. The movie has been born out of two years of toiling hard including managing shoots in the old and new normal. It is only a matter of time now,” wrote Adnan Siddiqui as he shared a behind the scenes clip of Rahat Fateh Ali and Sohail Ahmed.

The lead actors for the movie are Imran Ashraf and Amar Khan, both of whom will be starring together for the first time while making their film debut with Dum Mastam. Amar Khan has also written the script for the romantic comedy. The film has been directed by Mohammad Ehteshamuddin, who has previously directed the Mahira Khan starrer, Superstar.

“See you guys on the big screen in 2021!” Adnan Siddiqui concluded his post on a positive note. Will cinemas around Pakistan be operational by the time Dum Mastam releases or will more drive-in cinemas open up? Let’s see how the situation unfolds in the coming months.