Our private life is not for public consumption: Sajal Aly

In a recent interview, Sajal Aly spoke about her relationship with Ahad Raza Mir among other things, showing that not only is she talented but considerate too 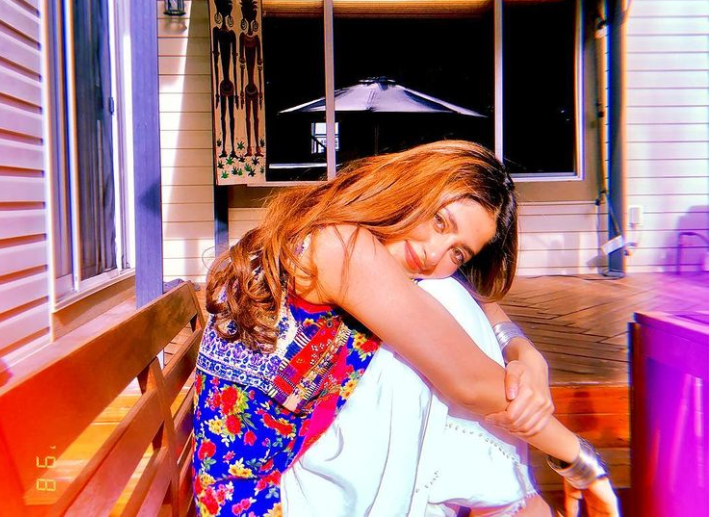 KARACHI: Recently recognized for her skills as an actor on an esteemed platform i.e., DIAFA, Distinctive International Arab Festivals Awards, Sajal Aly is not just an icon for the Pakistani industry, but a star with international outreach. The star has already been a well-known face for not only her memorable performances in dramas like Yeh Dil Mera, Aangan, and Alif, but she has also played a role alongside the renowned late actress, Sri Devi, on the other side of the border, in the feature film Mom. Sajal Aly, alongside making the nation proud, also made a few highly notable statements as she spoke to Khaleej Times for an exclusive interview after her big win.

She expressed her humility and gratitude for her achievements as she said, “I think I am truly blessed and lucky. I don’t want to even think for a moment that I deserve this more than anyone else. I have done my work with full honesty and it has been a rewarding year. My fans and family have been my pillar of strength and I would like to dedicate this success to them. I have always been selective about the work that I like to do, but getting an opportunity like that most of the time is also a blessing. I am truly humbled and blessed.”

Upon being asked why she does not post many pictures with her husband, Ahad Raza Mir, despite being married to him, the actress enforced the idea that her relationship is a private matter, while also pointing out that the times have been tough, and feels that her posting pictures with Ahad might be insensitive towards people going through a tough time. “Me and Ahad, we both feel that our private life is not for public consumption. Additionally, this year when we got married, the situation around the world wasn’t too favorable. Because of the virus, people have suffered losses of life and health. Amidst all this, I don’t think it would be wise to flash all those pictures of excursions and celebrations. My prayers are for all those who are suffering in these times.”

The actress supported the idea of OTT platforms. She is of the opinion that the more mediums we have for entertainment, the better it is. “It opens avenues for the talent out there. It exposes you to new audiences,” she elaborated.

The actress sported a positive outlook throughout her responses and maintained her poise. Polite but determined the Aangan actress is a major influence for any upcoming talents who plan on leaving mark on the industry. Sajal Aly whose well-composed and beautifully thought-out responses in the interview open a window to her personality, explain why she is an important part of the media fraternity.