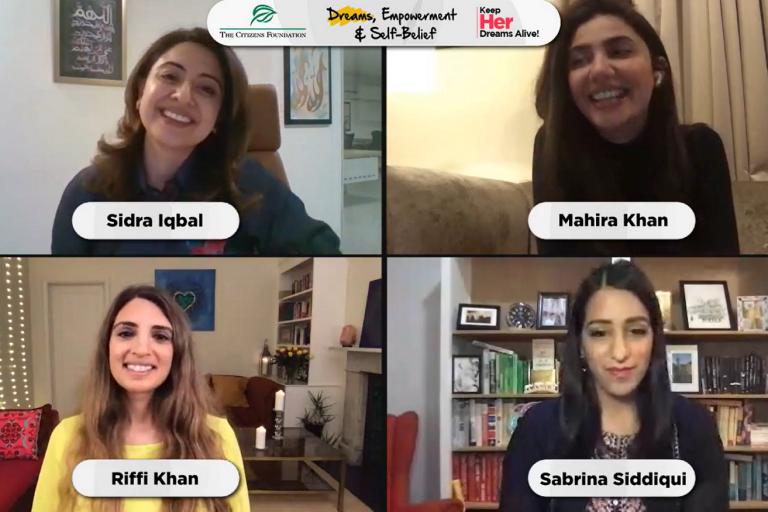 KARACHI: The Citizens Foundation (TCF) is a charity which has worked relentlessly for 25 years to facilitate children’s education. With more than 1,600 schools and 26,6000 students, TCF gives immense importance to education for girls and is the largest network of independently run schools in the world. To ensure equal opportunity for girls, TCF has 50% female students enrolled in its schools and has more than 12500 female members of the faculty. Due to COVID-19, children from all over Pakistan have suffered and their education has had to be compromised upon. TCF Global organized a panel discussion on 29th November to raise awareness regarding the same issue.

The moderator for the evening, Sidra Iqbal, revealed that the learning gap had widened during the pandemic with more and more children dropping out of school in Pakistan. Often when it comes to pulling children out of school or choosing between sending a son to school or a daughter, it is the latter which has to suffer. Since girls’ education is not seen as a necessity in Pakistan, specially for lower income groups who often cannot afford tuition fee, girls are made to drop out of school, or are married off. The panel discussion by TCF Global aimed at raising funds for such students. From 29th November to 1st December, every donation made towards TCF would be matched by the donors, which means that every amount received will be doubled and invested into girls’ education.

Titled Dreams, Empowerment and Self Belief, the conversation invited Mahira Khan, Riffi Khan and Sabrina Siddiqui to share their stories and thoughts.

An important point that Sidra Iqbal made during the discussion was that education for girls is no longer a demand problem. Even in Pakistan, there are families who wish for their daughters to attend school but there are other barriers standing in their way. Hygiene and menstrual health remains a big hurdle for young girls who firstly, do not have the confidence to talk about their menstrual health or have the right resources to manage it. On top of that, many schools in underdeveloped areas do not have access to clean bathrooms for girls. As a result, girls are forced to miss out on school or even drop out. Some of them are also married off once they hit puberty. Sidra Iqbal also quoted a UN study which revealed that every additional year that a girl spends in school increases her life expectancy by 80% and her ability to earn by 50%.

Developing on the idea, Producer and Director Riffi Khan talked about how some families fear ‘losing control of daughters’. Hailing from Kashmir, Khan was lucky to attend school in the UK but for many locals, the thought of losing control of daughters once they are educated is scary. Girls outperforming boys at school is also a danger because patriarchy does not allow for girls to excel when compared to boys, or to be career oriented. Stereotypes limit girls from the moment they are born.

Political Analyst at CNN, Sabrina Siddiqui elaborated the same idea. She highlighted how boys are never made to choose, while patriarchy and gender stereotypes always make girls choose, between a career and a family, for instance. A working man is never questioned about spending enough time with his children while a working woman is always made to feel guilty. Siddiqui also acknowledged the historical significance of sending a woman to the White House as vice president. However, it took a country as progressive and developed as the US 244 years to take this step and the country has still not had a woman as president. Since it is mostly men who dominate positions of power, Siddiqui pushed on the need for men to become allies and be advocates for change because they are the leaders. They have access to platforms where dialogue can be encouraged and steps can be taken to facilitate gender equality.

Speaking about the role of men, Mahira Khan shared the example of her father and the role that he played in giving her confidence. Being the male figure and the head of the house, Mahira Khan’s father encouraged her to go out and do whatever she wanted. Hearing it from him gave her the courage and confidence to chase her dreams. Belonging to the media industry, she also expressed disbelief over celebrities who do not seem to know what feminism is or say that they do not believe in feminism. Being a strong advocate of women empowerment, the actor also spoke about the need to keep the cycle of empowerment going, starting from the four women present during the discussion who do belong to industries which can influence the masses.

The conversation ended on an emphasis to donate as much as possible to TCF till 1st December. Donations by Pakistanis can be made through their website.