What is feminism? A dummy’s guide to one of the most misunderstood words in Pakistan 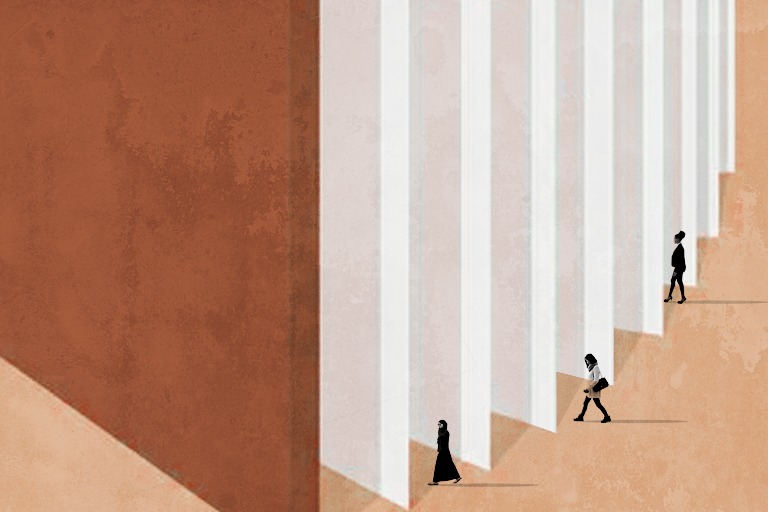 KARACHI: It’s 2020 and Pakistani interviewers have figured out that feminism sells. It gets clicks, ratings, views, shares and everything else that is considered gold in the digital age. But what sells even more than the mention of feminism itself is if a celebrity gets the meaning wrong.

Trust us, that happens a lot. Because celebrities get asked the dreaded question almost everywhere. For an episode of his talk show, HSY asked Sanam Saeed and Aamina Sheikh what they thought feminism was, to which Sanam replied that men and women are not equal, and that she had a problem with the man-hating, bra-burning, underarm-hair-growing aspect of feminism, while Aamina Sheikh lamented that she was confused about the term.

On an LSA red carpet, a string of celebrities answered the same question. While some celebrities like Mahira Khan and Sheheryar Munawar got it right, many others gave problematic answers: Sanam Saeed thought feminism was ‘overrated’ while designer Shehla Chatoor said that she ‘didn’t believe in feminism.’

And there are other multiple examples of wrong answers, or celebrities claiming the word is misused but doing little to clear the confusion. Because it seems as though when anyone is asked the question, they think about what feminism isn’t as opposed to what feminism actual is. A clip of Iman Ali’s interview with Iffat Omar is doing the rounds online in which Iman claims that women wanting to be like men is not what feminism is about. She goes on to further say that women are to be equally blamed for patriarchy, that they’ve done the same damage as men have.

One thing is clear though – celebrities are confused. And interviewers knowingly or unknowingly take advantage of that confusion and ask the question, hoping to get a viral video at the expense of a celebrity’s lack of knowledge on the subject. And maybe some celebrities are answering the question incorrectly on purpose too, who knows.

So, what is feminism?

If you’re a celebrity, then keep reading because we are about to answer one of the most popular (and controversial) questions in the country. Simply put, feminism is the belief of social, economic and political equality of the sexes. If you are giving social liberties to one sex, it should be given to the other as well. If women can cry, so can men. If men can wear whatever they want, so can women. And the same idea has to be extended to economic and political contexts as well. Equal pay, girls should be allowed to study and work, equal representation in government, stopping sexual violence against girls and boys – these are some of the things that feminism fights for (not just because it’s the right thing to do but also because economies will improve if all the sexes are financially empowered. More jobs, more opportunities.)

There are different schools of thought

Of course a movement as large as feminism, there will be some disagreements between people on what the real problem is or the right way to do away with inequality. But even though there are different forms of feminism, such as radical feminism or liberal feminism, they all ultimately believe that all sexes should be given equal opportunities.

When did it begin?

Many believe ancient Greece first showed signs of feminist thought but there were writers like Mary Wollstonecraft and Jane Austen in the early 16th and 17th century who propelled the feminist movement.

Mary Wollstonecraft was an English writer, philosopher and advocate for women’s rights in the 18th century. She is referred to as one of the founding feminist philosophers and her work is still influential even today. #feminist #feminismhistory #womensrights

But clearly recorded feminism can be divided into four waves. The first wave of feminism took place in the late 19th and early 20th centuries, and at the time, the focus was on women’s right to vote (a right so basic to us in 2020, but something that women had to fight for back in the day.)

The second wave was observed in the 60s and 70s, and was referred to the as the women’s liberation movement for equal legal and social rights.

The beginning of the 90s saw the third wave, focusing more on intersectionality, identifying race, social class, religion and other factors as important to feminism.

And finally, the fourth wave began post 2010, focusing on the use of the Internet in addressing feminist concerns around the world.

Feminism is not about hating men. That’s misandry

Feminism hates patriarchy, a system of society and government where men hold powerful positions to make decisions and women are largely excluded from the same privilege. (Read about matriarchal societies. Those exist too.) Hating men is NOT feminism. You can be a feminist and hate men, but the two things don’t go hand in hand. Women who openly say they hate men are misandrists.

But let us make one thing clear. Misogyny (hating women) and misandry (hating men) are not the same thing. First of all, the consequences of either are not the same. Men hating women has led to a world where crime statistics prove that sexual violence is a gendered crime around the world. Therefore, a lot of misandry has been borne out of contempt for the way things are and have been. A lot of it is a reaction to the suffering of women for decades.

This is a broad topic and we could really keep going on and on but to begin with, just remember these five words when asked about feminism in the future: equal opportunities for all sexes.