Digital content creator and co-founder of Bhainhood, Shahana Jan talks about her experiences as a woman, her life on social media and how she manages it all 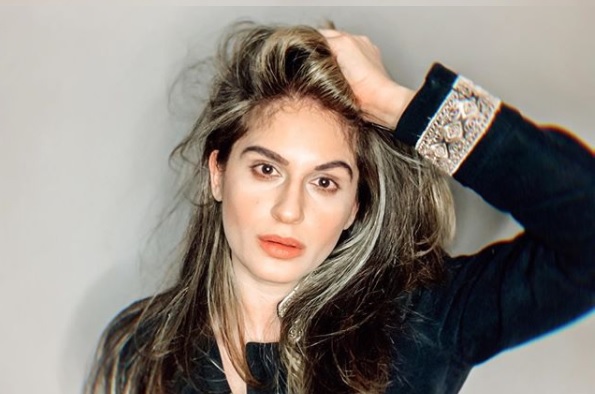 KARACHI: The world of broadcast is constantly evolving as digital platforms continue to spread their wings. There has been a growth in online content creators but it’s not as easy as it seems. With audiences that are often trigger happy and mostly polarised due to extreme disparities amongst themselves, content creators have often found themselves in hot water with unnecessary trolling or hateful commenting. One Pakistani content creator making her way through these difficulties is Shahana Jan.

“Because I grew up in Pakistan, the majority of my audience is Pakistani. I moved officially in 2016, so really not that long ago. But given that I live in the US, I definitely feel like I can get away with lots because I’m physically disconnected. It allows some relief against a certain type of audience that would most likely attack me for how I create. Having said that, I’m not immune to online harassment, ridicule, or hate. I’ve just made a personal decision to create content that’s meaningful to me, that’s as truthful a representation of where my head’s at as possible. And if that causes an uproar in our society, so be it.” said Shahana Jan speaking to Cutacut.

As a blogger, sometimes you can seem like a distant celebrity to your followers. This detaches public personalities from their audiences and at times even dehumanizes them. While in the age of social media, celebrities can seem a lot more approachable than they seemed in earlier decades, Shahana Jan goes a step further to break that barrier, when she explains how she tries to stay approachable to her followers by often communicating with them.

“I think a lot gets lost when we’re typing or reading – tone, nuance, feeling. I’ve actually gotten into conversations with people in my DM where we’ve seen each other’s views and respectfully agreed to disagree and move on with our day. I’ve also gone so far as to invite the person to chat with me over the phone and have a conversation. But I only extend that when I feel like the concerned person actually wants to hear my thoughts in a respectful manner.” She went on to add that there is a very clear breed of a hater that incites nothing but hate she has learned to not engage because they’re not looking for a conversation, but a spectacle. “If what I create doesn’t sit well with anyone, it’s A-Okay,” she adds.

Along with her friend Mariam Saleem, Shahana started a page called Bhainhood where they invite women contributors to express themselves through their artform of choice. All of their contributors so far have been Pakistani women mostly living and creating in Pakistan. The platform is a source of pride for her as it shows the power of women supporting women.

In an era when Pakistani women are quickly waking up to their rights, informed female content creators have brought their platform’s focus to such issues. Shahana has not only talked about women’s issues on her Instagram but has also included her own perspectives as a Pakistani woman to generate content and explain further how things look, from her experience.

I was recently called a ‘feminist’ like it was a problem. So I thought I’d explore that.

“My audience is predominantly womxn who like me, are realizing that they’ve been living behind the proverbial veil and now want to step into the light and live out what is true to them. I do have a small cis male following as well. And they’re wonderful because they’re also on this journey of undoing the conditioning we’ve all been subjected to. I just try to create as a reflection of who I am because the result is the most authentic I can endeavor to be. I’ve never particularly aimed at conveying a message in my content.”

Shahana Jan recently did a short film called the MI6 interview, which is a satirical take on workplace harassment and misogyny. She characterizes herself as the next candidate for the ‘007’ role after it was announced that Bond will be passing down the role to a woman, that too a black woman. Her interviewer is played by Shawn Lewis who successfully embodies the misogyny of the character he is playing.

As a woman, Shahana cannot deny facing harassment, an issue that nearly every woman has been subjected to at least once. However, like the aforementioned example, she uses her platform to highlight the problem. In order to make her side of the argument better and to sincerely aim to educate the opponent, she often puts herself in the shoes of people she feels have yet to understand her perspective.

“I’ve definitely been on the receiving end of mansplaining and internalized misogyny. Having grown up in Pakistan, I’d even go so far as to say I’ve been a part of the problem as well in the past. Because it’s exactly that – internalized to the point that we can’t see it. Self-awareness is rare and often a luxury. My husband Gibran (a lawyer in a past life) in fact reminds me often ‘Where is the logic? How does this logically make sense?’  I’ve always said I don’t have all the answers but what I do endeavor to do is hold a mirror to what we as a society do subliminally, subconsciously.”

REFRESH⁣ ⁣ I think it’s time for a bit of a change. This year hasn’t been quite what we’d expected. And initially, I for one, met things with fear, confusion and doubt. And this makes sense. I’m human. ⁣ ⁣ Ramazan was a bit of a mental and emotional breather. While we were all in what felt like an anxious cycle of mental pandemonium, I began taking steps to breathe and come to terms with certain things in my life. And for now, this is our New Normal.⁣ ⁣ So for me, personally I’d like a refresh. I’m not going to pretend that the last few months didn’t happen, they did, but going forward, I’m taking what I’ve learnt from this time with me. ⁣ ⁣ My feed is usually a visual flow of where my head’s at. I love color theory and the place it holds in our minds and hearts. So for now, I’m headed towards a brighter, calmer day. ⁣ ⁣ What do certain colors mean to you? Or how do they make you feel?

Considering herself an “accidental blogger”, Shahana stresses the need for a person’s individual perspective being a key to how you treat yourself. “While 500 ‘followers’ might not seem like a lot in social media terms, have you ever tried speaking in a room of 500 people – actual human beings watching you and wanting to hear from you?” She poses a question that is translative of deep confidence she has in the idea that content should lead the way, not the number of followers.

The Future⁣⁣ • ⁣⁣ As a child I’d often hear things like ‘The future generation will be better. They’ll do more’ And as I watched the generations before me resign to their fate in the hope of a future that would bring change and peace, I, like many children of my generation told myself ‘I’ll be different when I grow up. My generation will do better’⁣⁣ ⁣⁣ I’m in my thirties now and can safely say I’m in my adult years. And while much has changed since the generations before me, I have to be honest. The more I look around at my peers, I realize we continue to perpetuate a lot of the same thoughts and behaviors that generations before us had. By throwing their hands up and washing their hands of responsibility in the raising of a future generation – the generations before us created us to continue in their line of behavior and thought. And conveniently exonerate themselves of the role they’ve played in fostering the next generation. We ask ourselves why colorism, racism, sexism and extremism are still so rampant. ‘It’s 2020. Why aren’t we better? I’ve given up. Hopefully the next generation will get it’⁣⁣ ⁣⁣ It’s an easy way for us to absolve ourselves of the role we play. How we treat ourselves and each other is something our children learn and internalize since the day they’re born. Its Cause & Effect. They sense the change in our tone of voice, the hesitance or arrogance we may have. We cannot rely upon the hope of a better future generation if we, ourselves, cannot change our own behavior, implicit biases and thought patterns today. We cannot create the hope of a better future if we foster our children in homes that still perpetuate the very thoughts and behavior we don’t want in our world. ⁣⁣ ⁣⁣ I know we’ve seen some changes, we’ve taken some steps but there’s much that’s ingrained in us that needs a moment of pause. It takes a hard look in the mirror for true self awareness to hit. There’s much for us to hold on to from the past, as we should, but if we really think about what our legacy translates, it starts with us. Now. We have a choice in the fruit our future generations will bear from what we’ve left behind.

Speaking of her own journey she revealed how she became one of the very well-known bloggers she is today.

“As an actor pursuing a career here in the US, I learned that Instagram has essentially replaced websites as a way to showcase your product – in this case, I am the product. The idea of that in itself took me a while to come to terms with. I think a lot of artists struggle with putting themselves out there. I get it. But I learned that I needed to get my face out there in the pursuit of my goals. So initially I began by doing what I saw most influencers/bloggers/creators do on Instagram – I posted a lot of photos of myself.” This way, she could give potential casting directors and producers a view of how she presents herself to the world. “But over time, I began to feel like this wasn’t a real depiction of who I was. So I began to write about things that mattered to me, things that were on my mind. I enjoy photography, I studied cinematography and visual literacy in film school so I began to flex those muscles to create and curate a feed that was aesthetic to me.”

In conclusion, Shahana Jan thinks originality is extremely important. “Create for you first and foremost. Create like you’re leaving your personal story behind. Live out the truth of what makes you who you are. And the right people will come along and share that journey with you.” She advises newcomer bloggers to not get swept away with the superficiality, and stay true to their essence allowing their work to be a mirror of who they truly are. Not who they think they should be for social media.