Having a male child is not a ‘privilege’: Anushka Sharma

"The only privilege is that one has the opportunity to raise a boy in a way that he respects a girl, that is your duty as a parent" wrote the mom-to-be 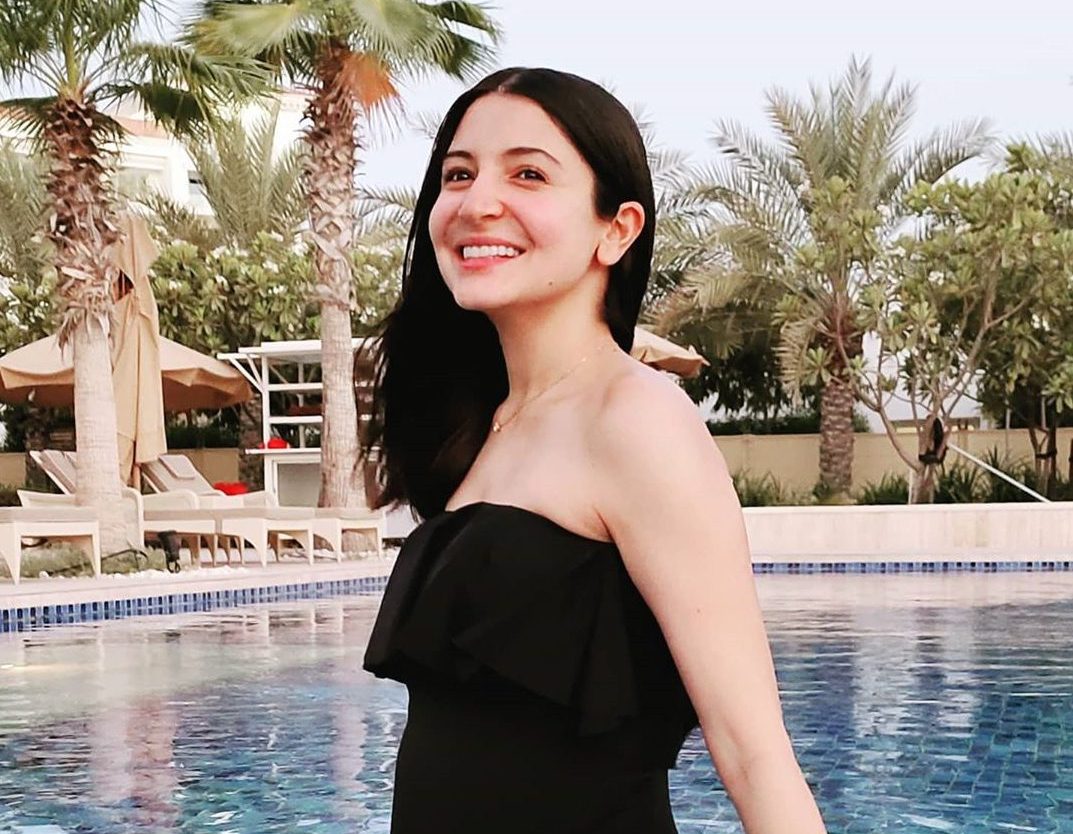 KARACHI: Never afraid to speak her mind, Anushka Sharma addressed the recurring issue of being blamed for Virat Kohli’s performance only last week. This time, the actress took to her Instagram story to speak about the ‘so-called privilege’ of having a male child. Soon to be a mother herself, Anushka Sharma highlighted the South Asian mindset of considering the birth of a male child to be a privilege.

“In our society having a male child is seen as a ‘privilege’. Of course, it’s no more privilege than having a girl child but the fact is that this so-called privilege has been viewed incorrectly and with an extremely myopic view. The only ‘privilege’ is that one has the opportunity to raise a boy in a way that he respects a girl. That’s your DUTY as a parent to society. So, don’t think of it as a PRIVILEGE,” she wrote. 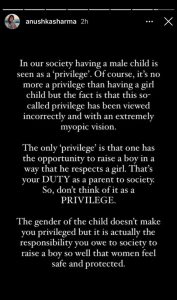 Sharma’s concerns stem from the South Asian beliefs of assigning pride and honour with a son, while the birth of a girl is often a moment of disappointment and grief.

Addressing the recent incidents of rape that have happened in India, Sharma went on to remind parents that the gender of a child has nothing to do with being privileged. In fact, the only privilege they own is the responsibility that comes with raising a boy around whom women feel safe. “The gender of the child doesn’t make you privileged but it is actually the responsibility you owe to society to raise a boy so well that women feel safe and protected,” concluded Sharma.

Nothing is more real & humbling than experiencing creation of life in you . When this is not in your control then really what is ?

Earlier, Sharma had shared another strong note on Instagram saying, “Barely any time has passed and we are hearing of another brutal rape!?! In which world do such monsters think they can do this to a young life. This is beyond comprehension, so distressing! Is there any fear in the minds of such men? How do we as a society put fear in them and protect our women? #NoMercyForRapists #Balrampur”

Anushka Sharma may have reminded her fans of what privilege truly is while many Indian celebrities continue to condemn the recent crimes. However, standing against rape culture is not the responsibility of a few individuals and has to be achieved by society as a whole.