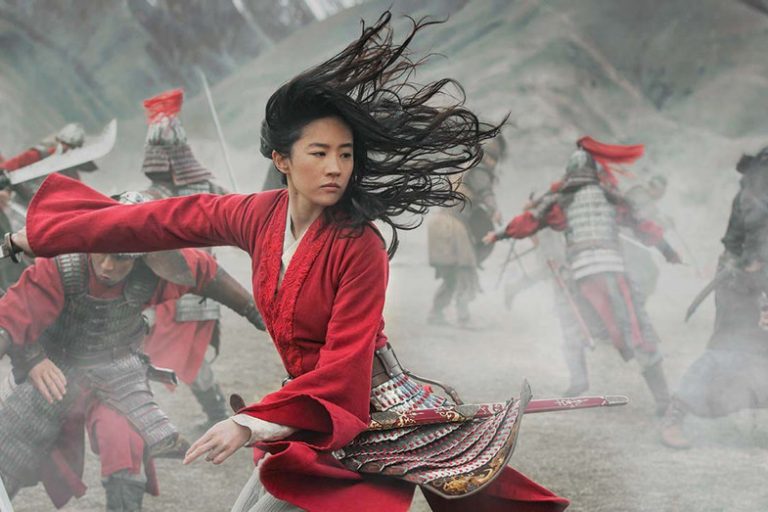 KARACHI: Disney’s recent big-budget remake of Mulan became a target of a pro-democracy boycott. According to recent developments, the film has stirred more controversy for shooting sequences in China’s Xinjiang Province, the province where Beijing is accused of perpetrating human rights abuses against Uighur Muslims on a huge scale. Disney did not only film in the region but the studio has apparently thanked Chinese government agencies involved in alleged abuses.

To make Mulan, Disney worked with four propaganda departments in the Chinese region of Xinjiang, the site of a genocide against Muslims. (Apologies, messed up the thread the first time). Here's the story of this insanity: https://t.co/jlbv7QusCb

Mulan cost $200 million to make before marketing. It released exclusively over Disney+ in the U.S. over the weekend. Viewers began to notice a “special thanks” in the film’s end credits that was directed to eight government entities in Xinjiang. Mulan‘s credit sequence also extends a thank you to the “publicity department of CPC Xinjiang Uighur Autonomy Region Committee,” the Chinese Communist Party agency responsible for producing and managing state propaganda efforts in the region.

Disney’s new trailer for ‘Mulan’ is fierce and breathtaking

China has been under international scrutiny for long for its treatment of Muslim minorities in Xinjiang. It’s estimated that over 1 million Uighur residents have been detained in extrajudicial internment camps. Uighur residents have reported being subjected to gruelling political indoctrination regimens, forced labour and forced sterilization — part of an alleged government program to suppress birth rates in the Muslim population.

It just keeps getting worse! Now, when you watch #Mulan, not only are you turning a blind eye to police brutality and racial injustice (due to what the lead actors stand for), you're also potentially complicit in the mass incarceration of Muslim Uyghurs. #BoycottMulan https://t.co/dAMgZ6PWTD

Mulan reportedly shot in approximately 20 locations in China, including the Mingsha Shan desert, which stretches into Xinjiang, and the Tuyuk Valley, to the east of Turpan. Part of Mulan’s production team told Architectural Digest earlier this year that they spent months in Xinjiang researching locations before filming began. The film’s director, New Zealander Niki Caro, also shared a photo of dessert sand dunes in 2017, captioning, “Day 5 – China Scout” and tagging the location as “Asia/Urumqi,” the capital of Xinjiang.

Mulan stars Chinese-American actress Liu Yifei as a young Chinese woman who disguises herself as a man to spare her elderly father from required military service. The film is scheduled to hit cinemas across Asia on Friday. Prior to the latest controversy and after the pro-democracy boycott, analysts expected the film to do gangbusters business in mainland China. However, things could go worse after Disney attracting severe criticism over the film’s shoot location.

So in Dec 2018 we called out McKinsey for holding a corporate retreat in Xinjiang. But what Disney did by filming Mulan in the epicenter of the Xinjiang detention camp network —and then thanking the security forces there in the credits — is on an entirely different level. https://t.co/gSHYljuTyv