Comment: Hypersexualization of children on TV should not be taken lightly 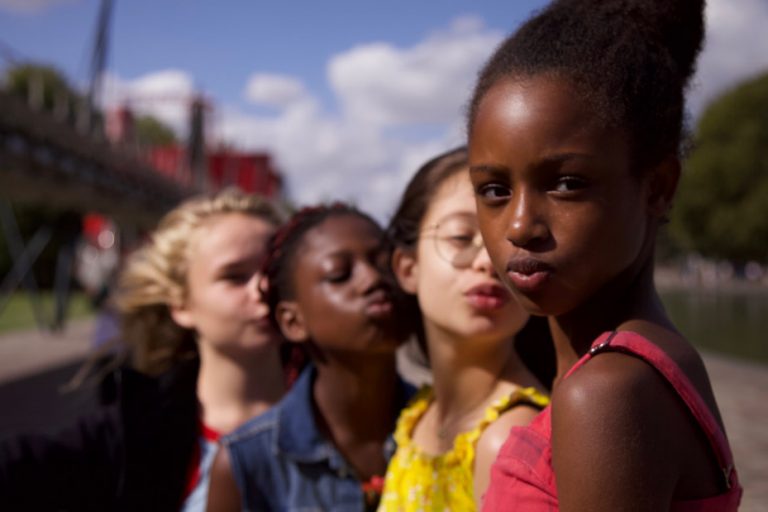 KARACHI: Recently, a Netflix film Cuties drew ire from a number of sources for its over-sexualized poster featuring teenage girls. Although a lot of people called it out for being problematic in today’s day and age, Hamza Ali Abbasi decided it was necessary to cancel his Netflix subscription until the film has been taken down.

Its horrifying to see a show in the mainstream blatantly sexualising 11 yr old kids. If this show is still there by next month..i am canceling my Netflix subscription and so should you.

The stance of the director has been that the film actually deals with the very issue itself. The ideas of young women discovering their sexuality, what makes them women, and what makes them still children. The director revealed how the film aims to explore the ideas that flow through their young minds as they hit adolescence and how they come to terms with their bodies.

The film follows the story of Amy, an 11-year-old immigrant girl who joins a group of dancers named “The Cuties” at her school and embarks upon her journey of exploring her blossoming femininity. This upsets her mother and their family values.

The film has a rating of 82% on Rotten Tomatoes, and critics have mostly lauded the film for the way it handled such a sensitive topic. One can only truly say something on the content, once the film actually releases.

However, a blessing in disguise perhaps, the poster caused widespread debate around the hypersexuality of teenagers and young children in the media – a topic that is often pushed aside until something extremely alarming projects itself in the form of either Paedophilia or Child Abuse.
Hypersexualization of young girls and even young boys is an ongoing issue and a hotly discussed topic all over media, especially after Jeffrey Epstein and his history of child sex abuse became public. Numerous people have come out to support young actors as they complain about being sexualized as minors; they have also called out actors who allegedly had ties with the convicted sex offender. However, this recently talked about issue is nothing new for many.

When a young person is hypersexualized, they are depicted or treated as sexual objects. It can also mean sexuality that is inappropriately imposed on them through media, marketing, or products directed at them that pushes them to act or be viewed in adult sexual ways.

After Netflix was called out for its poster for Cuties from all across the world, the media giant soon issued an apology.

We're deeply sorry for the inappropriate artwork that we used for Mignonnes/Cuties. It was not OK, nor was it representative of this French film which won an award at Sundance. We’ve now updated the pictures and description.

While some understood it was the poster that was problematic and not the film itself:

There was no controversy when this film screened to festival audiences, but now it's at the center of an online controversy with tens of thousands of people signing a petition saying the film promotes pedophilia. Because of the way Netflix framed the poster.

There is still a large number that has not watched the film and is conclusive of its content being problematic by looking at its poster.

I know I'm late to the party on this, but in how in the everloving fuck did @Netflix make the 'Cuties' poster look like 'Magic Mike' for pedos? How does a multi-million dollar company not realize that from the jump?

The most intriguing thing, however, was the fact that the film actually released two posters. One for the French audience and the other for its international audience. This really speaks volumes about what is expected to catch attention globally. 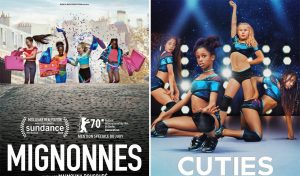 Recently Stranger Things‘ star, Millie Bobby Brown also pointed out in the caption of an IGTV video posted on her 16th birthday that she has felt bullied, over-sexualized, and victim to unnecessary and inappropriate comments. Her caption was not only eye-opening but also heartbreaking.

16 has felt like a long time coming. i feel like change needs to happen for not only this generation but the next. our world needs kindness and support in order for us children to grow and succeed. the last few years haven't been easy, I'll admit that. there are moments i get frustrated from the inaccuracy, inappropriate comments, sexualization, and unnecessary insults that ultimately have resulted in pain and insecurity for me. but not ever will i be defeated. ill continue doing what i love and spreading the message in order to make change. let's focus on what needs changing and I hope this video informs you on the things that go on behind the scenes of the headlines and flashing lights. dont worry I'll always find a way to smile 😉 leggo 16 ♡.

Natalia Dyer recently supported her young co-star’s position and how being in the limelight can often be mentally and emotionally taxing when you are also being sexualised as a minor.

During the promotions of her film Yes God Yes, Natalia Dyer gave an interview to The Independent, in which she remarked how teenage sexuality is “funny and beautiful and awkward and embarrassing.” Later on, when she was asked how she felt about the sexualisation of her Stranger Things co-stars, she gave a clear cut statement.

“There are so many layers going on here,” she said. “I generally feel like, to me, it’s over sexualising them. I feel protective over the younger kids even though they’re not kids anymore, they’re teens.” She added, “They’re all great people and all having to grow up in very crazy circumstances. As a private person, I just feel like, leave people alone, unless you’re talking about their work or what they want to talk about.”

Millie Bobby Brown was also listed as one of the reasons TV is “sexier than ever” by W magazine when she was only 13 years old. The list comprised of celebrities that were much older, like James Franco and Nicole Kidman.

Finn Wolfhard, Brown’s co-star in Stranger Things, has also complained publicly about receiving suggestive messages from adult fans when he was 14.

As women get older, they are exposed to more information, have more financial indpendence, therefore the power dynamics between men and women often change. It is easier to, therefore, control women, or girls, who are younger. One can easily conclude that sexualisation of young women can be a projection of seeking that control.