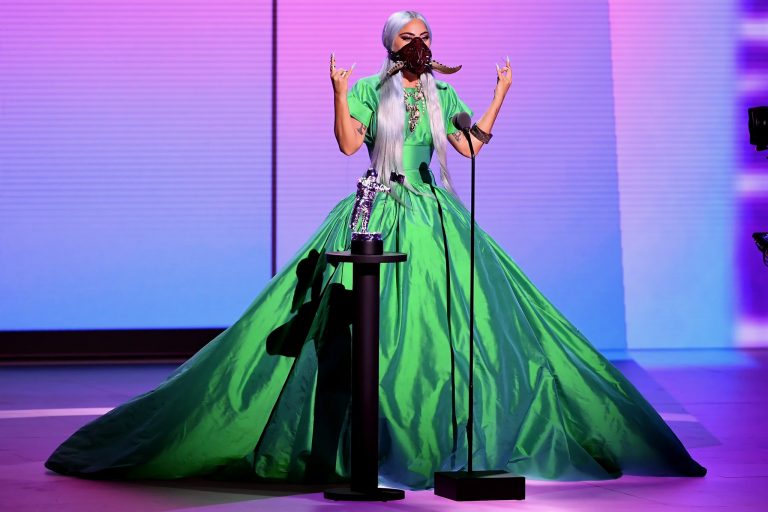 KARACHI: The 2020 MTV Video Music Awards had been on people’s minds ever since social distancing became the new norm and all major events were cancelled. However, the VMAs, the biggest celebration of music videos, were set to take place with an audience in spite of the ongoing pandemic. The decision was revised earlier in August when management decided that the ceremony could not take place at the Barclays Centre, Brooklyn, this year. Instead, the show went on with a scattered audience and a bunch of outdoor performances across New York on August 30. The host of the evening, Keke Palmer, lead the evening from the top of a building in Manhattan and even performed her track, ‘Snack’.

Our 2020 #VMA host @KekePalmer brought the energy so high tonight we even got this view of the @EmpireStateBldg 😍 pic.twitter.com/z2MckGzNq6

Many called the event a socially distanced and socially aware one as the audience was limited to a few individuals witnessing the show from a distance, and celebrities throughout the night remembering individuals like Chadwick Boseman, Jacob Blake and Breonna Taylor.

Tonight's #VMAs is dedicated to him.

Stealing the spotlight with her iconic costumes as always, Lady Gaga was definitely the star of the show. Gaga owned the night with 4 awards, 8 outfit changes and a brilliant performance. The singer had everyone’s attention from the day she announced her VMA performance followed by the hype created by Ariana Grande as the two were expected to debut ‘Rain on me’ with a live performance at the show. The track also won the two artists awards for Best Collaboration and Song of the Year. Gaga also won the categories for Artist of the Year, and the first ever MTV Tricon Award.

Performances ✅ Awards ✅ Fashion ✅ The rules of Chromatica are in effect, and they've decided that Gaga is a WINNER.

The updated version of the 2020 VMAs also introduced two new awards, Best Music Video from Home (Stuck with U by Justin Bieber and Ariana Grande) and Best Quarantine Performance (CNCO). Amongst other winners from the night were The Weekend (Video of the Year and Best R&B) and Coldplay (Best Rock).

HUGE CONGRATS to @justinbieber and @ArianaGrande for winning Best Music Video From Home at the #VMAs! 🏡🏆 pic.twitter.com/ibdNtTtAOI

The 2020 MTV VMAs came to an end with another unique performance featuring the Black Eyed Peas. Bringing their 2009 hit ‘I Gotta Feeling’ back to life and their crotches illuminated, the BEP closed the show remembering Wakanda Forever and Black Lives Matter.