Will the next Lux commercial feature Mehwish Hayat and Fahad Mustafa?

The two stars recently met for an upcoming collaboration and thanks to Saba Qamar, we think it could be for the coveted commercial 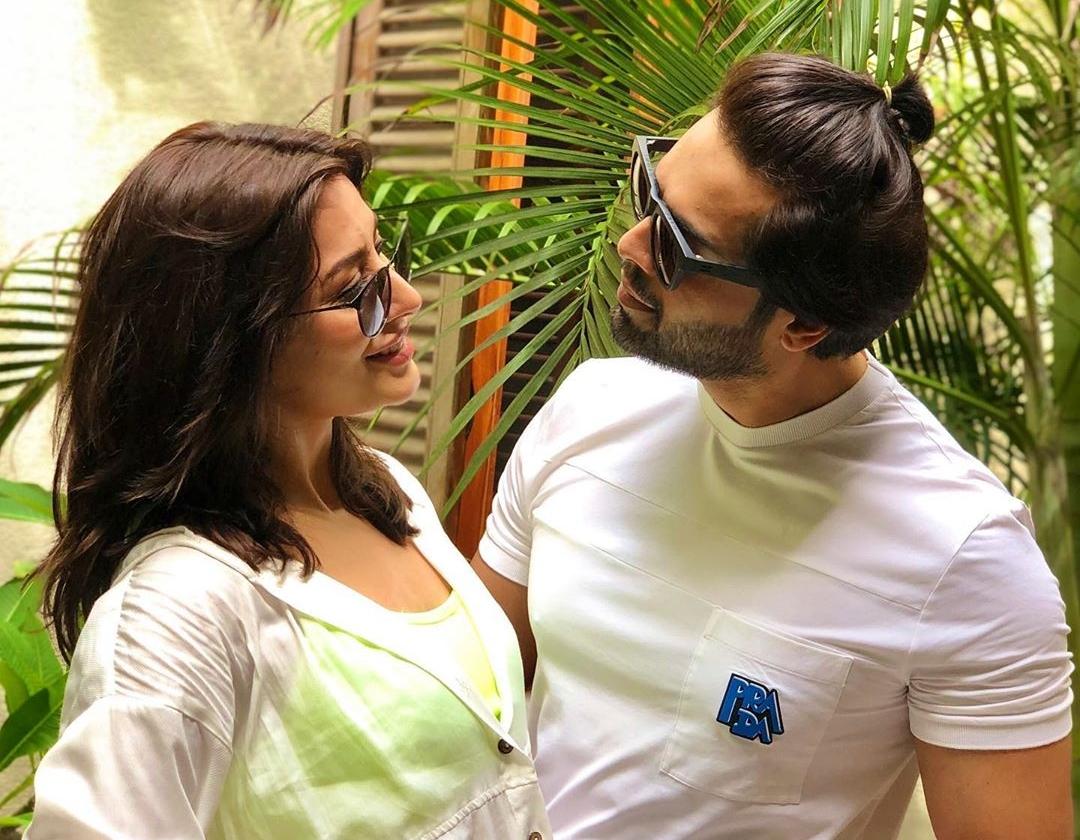 KARACHI: Two of the country’s leading stats, Mehwish Hayat and Fahad Mustafa, recently met up. They shared their pictures on social media, sharing that “something special” is in the works.

“Reunited with my fave @mustafafahad26 for something special – isn’t that lockdown ponytail really cute? I hope he keeps it!” Mehwish posted on her social media, with pictures of the two. Commenting on the post, Baaghi actress Saba Qamar said, “Bas Zara Sa… Good luck.” And we think this suggests that the two actors are all set to appear in Lux’s next TV commercial for 2020, since the tagline for the ad is “Bas, zara sa Lux.” However, there is no concrete information on the subject yet.

Reunited with my fave @mustafafahad26 for something special – isn't that lockdown ponytail really cute? I hope he keeps it ! 😎♥️ Wearing @tuhura.athletics #MehwishHayat #FahadMustafa

Mehwish Hayat and Fahad Mustafa share great on-screen chemistry and we are sure the two will look amazing as the next Lux couple. They appeared in Nabeel Qureshi’s film Actor-in-Law and Load Wedding last year, followed by a mesmerizing performance on the film’s songs at the Lux Style Awards 2019.

Mehwish Hayat, who received Tamgha-e-Imtiaz last year, is all set to appear in London Nahi Jaunga opposite Humayun Saeed. Fahad Mustafa, on the other hand, will be starring opposite Mahira Khan in Quaid e Azam Zindabad. The two actors generated positive response on their pairing as well as their performances in Load Wedding. Since then, viewers have been looking forward to seeing the two sharing screen space again. And if what we’ve stated above is true, we’re excited too!

Be it Actor in Law or Load Wedding, it is always a pleasure to work with you @mustafafahad26 . But more than being a wonderful co-star, you are an amazing human being and a dear friend. A very happy birthday to you Hero . Have a great day and come back soon ! #FahadMustafa #Birthdayboy #loadwedding #actorinlaw

As far as the last Lux commercial goes, it featured Saba Qamar as the Lux girl. Saba was introduced as one at the Lux Style Awards 2019. Prior to that, the iconic Reema Khan, superstar Mahira Khan and rising star Maya Ali came together for the Lux TV commercial. We are not sure when the next commercial is going to come out. Let’s wait and see what it holds in store this time around.