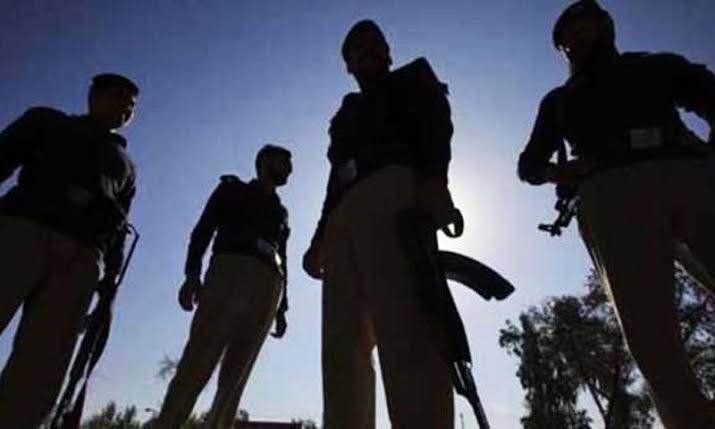 KARACHI: A video of Khyber-Pakhtunkhwa (K-P) police officers manhandling and stripping a man for allegedly abusing the police has caused an uproar on social media.

The cops have reportedly been since suspended.

The video, which is said to have been released by the police, shows a man, named Amir, being harassed and humiliated. According to The Express Tribune, Amir is believed to be the head waiter at a marriage hall in Peshawar.

Earlier, he was filmed at a private gathering abusing police officers allegedly in an intoxicated state.

Many took to Twitter to express outrage over the incident and the hashtag #JusticeForAmir trended nationwide at the top spot.

A new low for #Peshawar police. A video of Amiry of Tehkal being stripped over his drunk remarks against police is circulating online. This thuggery does not suit a disciplined force & there should be accountability for this grave violation of human rights.

Everyone please tweet in hashtag #JusticeForAmir to raise your voice against police brutality and inhumane treatment of Amir by KP Police. It is against human rights. pic.twitter.com/dl2kFOsklh

Here torture is taught through its deep-oppressive culture of the state operators in the security establishment of Pakistan this is how the frustrated animals treat Pakhtun youths, worse happened to #JusticeForAmir under the govt and its HR ministry run by @ShireenMazari1 pic.twitter.com/Yprgx2K6Tm

MNA Mohsin Dawar also tweeted about the incident, saying, “Shocked at the way Amir from Tehkaal is being treated by K-P Police. Should verbal irreverence towards Police high-ups be responded with such torture & humiliation?”


Shocked at the way Amir from Tehkaal is being treated by KP Police. Should verbal irreverence towards Police high-ups be responded with such torture & humiliation? Under which law? I demand an immediate action and investigation against the officials involved in this shameful act.

The Express Tribune reported that the four police officials involved in the incident have been suspended while the Peshawar SSP has assured that an investigation over the incident is underway.