Well-intentioned or not, the phrase shifts focus from the BLM movement 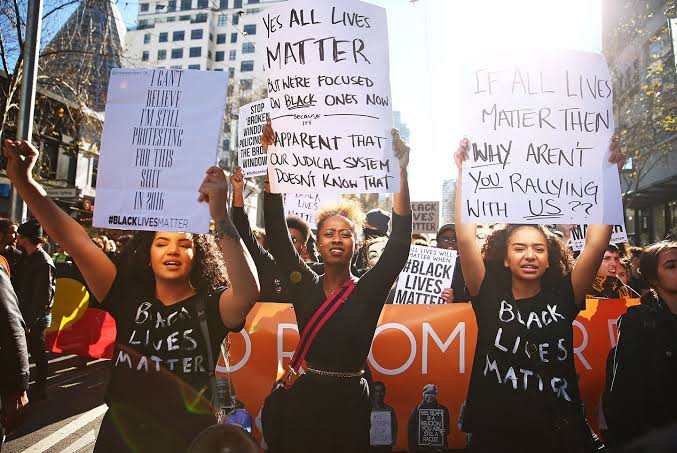 KARACHI: It’s not uncommon to hear the phrase “All Lives Matter” immediately after someone says “Black Lives Matter”. But while the latter is a movement seeking justice and equality, the former, well intentioned or not, is simply a disservice to the movement.

What does “#BlackLivesMatter” mean?

Here’s a little context before we get into its meaning and value: Protests and riots have broken out across America after the death of yet another unarmed African American made news late last month. Protesters are calling for an end to violence against Black people at the hands of the police.

The incident where George Floyd lost his life after being pinned to the ground by a police officer despite protesting he couldn’t breathe is not an isolated incident. Many Black Americans have suffered such a fate, with the accused police officers often walking free and unaccounted for.

The hash tag #BlackLivesMatter has therefore become more than a phrase or a trend on Twitter. It has become a global movement to dismantle the systematic oppression of people of the marginalised black community.

What does “AllLivesMatter” mean?

Often, you’ll see the phrase All Live Matter as a reaction to the BLM movement, but it has created more backlash than anything else. While some may use it with good intentions with the view that humanity comes before race, gender, sexual orientation etc, the phrase is offensive and misguided.

Saying All Lives Matter in reaction to Black Lives Matter removes focus from the grievances of Black people. You’re essentially saying all lives have the same struggles and grievances, and in an equal amount of danger – which is incorrect and invalidates the concerns of black people: which is that their lives are in immediate danger; they are more often victims of police violence and racial discrimination, of having less employment and academic opportunities, of having less access to health care. Their concern is that history dictates that their lives matter less because of the colour of their skin and #BLM is a movement to get equal justice and fairness.

Many celebrities have publicly denounced the ALM phrase as well. Here are a few examples:

Actor Ashton Kutcher took to Instagram to post an emotional speech about why All Lives Matter should not be used.

understanding why saying ‘all lives matter’ is missing the point. #blacklivesmatter

Singer Billie Eilish used her platform to address the problematic phrase as well, telling people to stop using it. “Stop making it about yourselves. You are not in need. You are not in danger,” she said.

Meanwhile, actor Seth Roger also displayed his savagery after people to straight up unfollow him if they think BLM is controversial.

If this is a remotely controversial statement to you, feel free to unfollow me.