The couple shared the news by posting pictures on Instagram 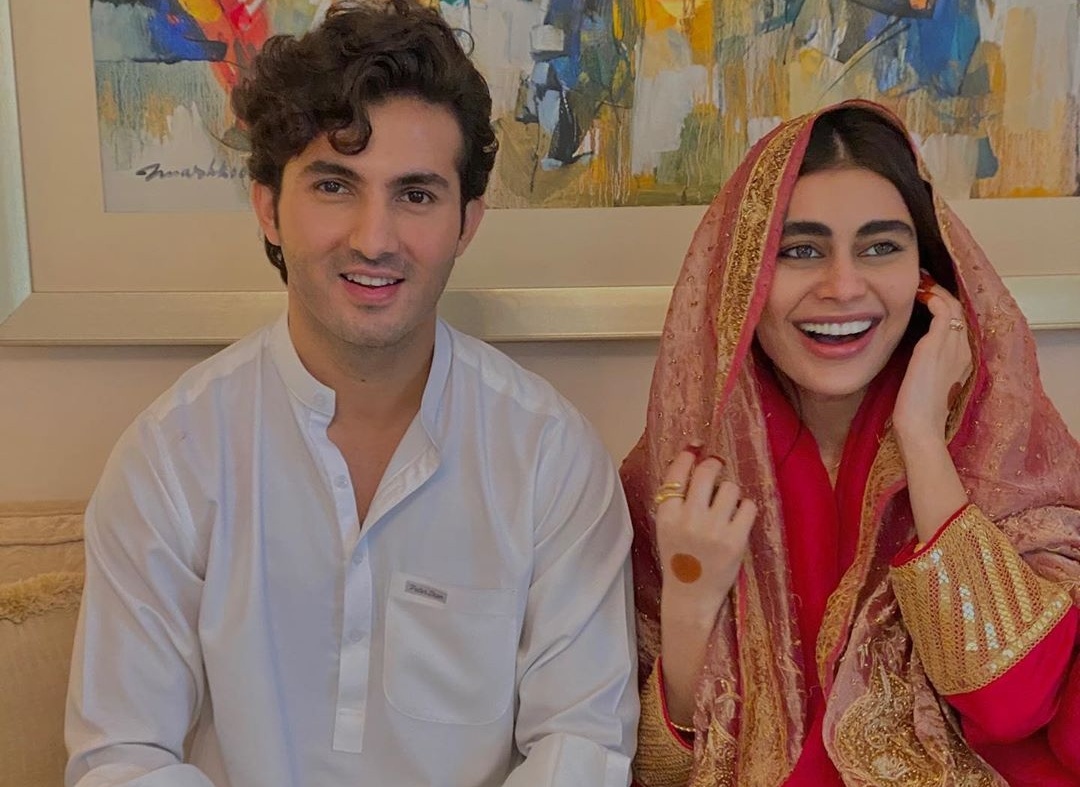 KARACHI: Earlier last year, Shahroz Subzwari split from his wife of seven years, Syra Yousuf. The split wasn’t an amicable one though; rumours were abuzz that Sadaf Kanwal was the reason behind the split.

However, Shahroz uploaded a video on his Instagram to put those rumours to rest, claiming Sadaf had nothing to do with the split and it was unfair that people were dragging her name through the mud because of his marital problems.

Read: Shahroz Subzwari addresses the rumours around his separation from Syra Shahroz

Six months later, Shahroz and Sadaf have finally tied the knot. They both shared pictures on their social media accounts to confirm the news and Sadaf changed her name on Instagram to Sadaf Sabzwari.

But it seems that they were prepared for backlash because both Sadaf and Shahroz have closed off the comments section under pictures of their wedding.

Some celebrities have shared their love with the couple:

My heartiest congratulations to the most beautiful couple. Shahroz welcome to the family. Love you ❤️ @ShahrozSabzwari @thesadafk #soulsister #SadafKanwal pic.twitter.com/RbSpQhD0FD

But some fans aren’t reacting well to the news, with many making claims about Shahroz’s alleged infidelity.

Cheat karlia, shadi karli, but comments khole ki himmat nahi hai. This my friends, is how cowards who know that they are wrong, try to minimize guilt.
Cheapsters, lakh di laanat #sadafkanwal pic.twitter.com/mt4dLJCm1M

Syra Yousuf has stayed completely silent on the matter and people are applauding her for it.

Soo much respect for this women who didn't even speak a single word about her cheater ex-husband!! Kudos syra! Lots of Respect ❤️#SadafKanwal pic.twitter.com/VxEdXBMiVd

Meanwhile Syra is rocking this bomb haircut and looks fresher and younger than ever.