According to this TED Talk, Islam doesn’t require Muslim women to cover their hair

Writer, activist Samina Ali argues religion does not dictate what a woman should wear 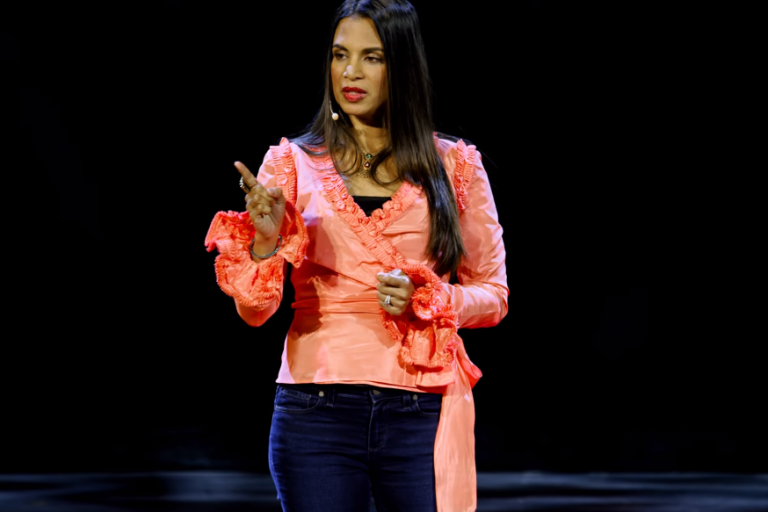 KARACHI: We just got pulled in by Samina Ali, an award-winning writer, activist and cultural commentator, and her TED Talk on what the Holy Quran really says about wearing hijab, something that many believe is considered a compulsion for Muslim women.

She narrates a story of around 600 AD, when women in Madina, Saudi Arabia, were often harassed and molested, and Prophet Muhammad (pbuh) had to find a solution to the problem. Back then, women would have to walk a small distance away from their homes in to the wild, to relieve themselves since traditional homes did not have washrooms at the time. If they had to make the walk in the middle of the night, some men would use that opportunity to attack them.

However, there were certain women who were more vulnerable than others: slave girls. Because they did not have a tribe protecting them, men knew that it would be easier to sexually assault them, as opposed to free women who were protected by their clans. The way to distinguish between these two groups of women was based on what they wore: free women wore jilbabs, a long loose coat, where as slave girls wore more structured garments, which didn’t come in the way of their chores.

A verse was revealed for the Holy Quran then which encouraged women to dress similarly. This was done so that women couldn’t be picked out from one another. Because the earlier Muslim community was deeply concerned about social status that the women of that time were not okay with dressing the same way as slaves. Also, it would be extremely inconvenient for slave girls to fulfil their obligations of cooking, cleaning and fetching water while wearing a jilbab.

So the scholars of the time ruled that a woman’s dress would be based on two factors: her function in society, her role or her job, and the society’s specific customs. Basically, it’s the same philosophy as “When in Rome, do as the Romans”.

Ali then points out what we all assume about Muslim women: the compulsion to wear a veil. She talks about how the Quran has 114 chapters, with more than 6,000 verses. Out of 6,000 verses, only three refer to how a woman should dress. The first verse has been mentioned above, the second spoke specifically about the Prophet’s (pbuh) wives and how they should dress more modestly, and the third asked women to cover their breasts, as pre-Islamic fashion meant that women wore bodices that exposed their breasts (the kind of outfits we see on Game of Thrones). Samina reiterates that the Holy Quran does not list down all the parts of a woman’s body that need to be covered. In fact, many Muslim scholars argue that these verses in the Quran were perhaps intentionally left vague, so that women could choose for themselves what they want to wear.

Ali is the curator of a critically acclaimed virtual exhibition, Muslima: Muslim Women’s Art & Voices, for which Samina illuminated the multi-dimensional realities of women’s lives to challenge fears and misconceptions of Muslims and Islam within and beyond Muslim communities.

The entire TED talk can be seen here:

Some of our favourite tweets from #AuratMarch2019