Taapsee Pannu asks, if alcohol consumption and smoking are 'injurious to health', why isn't domestic violence? 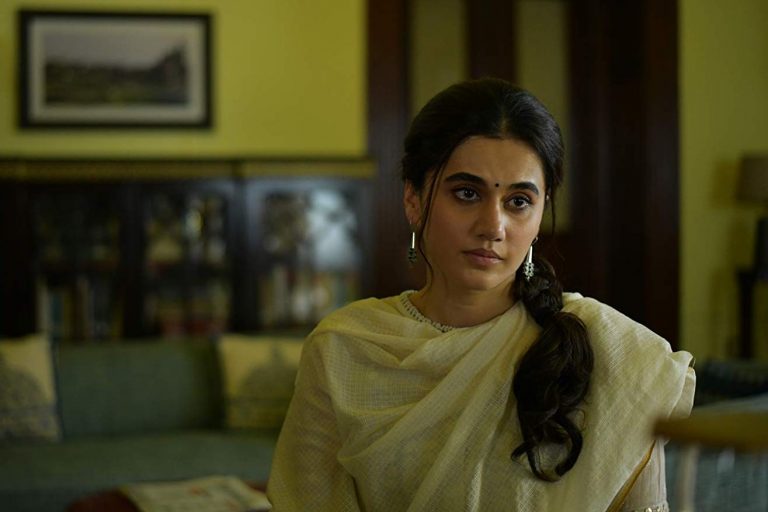 KARACHI: That’s right, Bollywood just released a film called Thappad, and while we were also cynical of the topic and the title, turns out that Bollywood is on the right side of things with this film.

Starring Taapsee Pannu, who has films like Pink to her credit, Thappad is the story of a married couple in which the husband slaps his wife at a party, in front of their friends and other guests. The film basically asks whether one slap is bad enough for a woman to leave her husband.

But slaps, in real and reel life, are so common, we don’t even bat an eyelash when we see it happening or hear about it. This is what the team of Thappad and Taapsee are trying to address.

I support the @ChangeOrg_India petition asking CBFC to make it mandatory for movies depicting violence against women to carry disclaimers https://t.co/Pp1vZ7go6d pic.twitter.com/RXaGLN6XJV

The film has just released a promotional video which is lending support to a petition asking for disclaimers to be added in films that showcase domestic violence. “Why don’t we have a disclaimer for Thappad on-screen when we have one for alcohol consumption, smoking and animal cruelty?” she asks in the video. The team is requesting support from Ministry of Information and Broadcasting and the Central Board of Film Certification (CBFC) to add disclaimers before scenes of violence.

According to Daily Times, the petition was started by Mahika Banerji for a women’s rights organisation Breakthrough on Change.org and has so far gathered more than 1.27 lakh signatures.