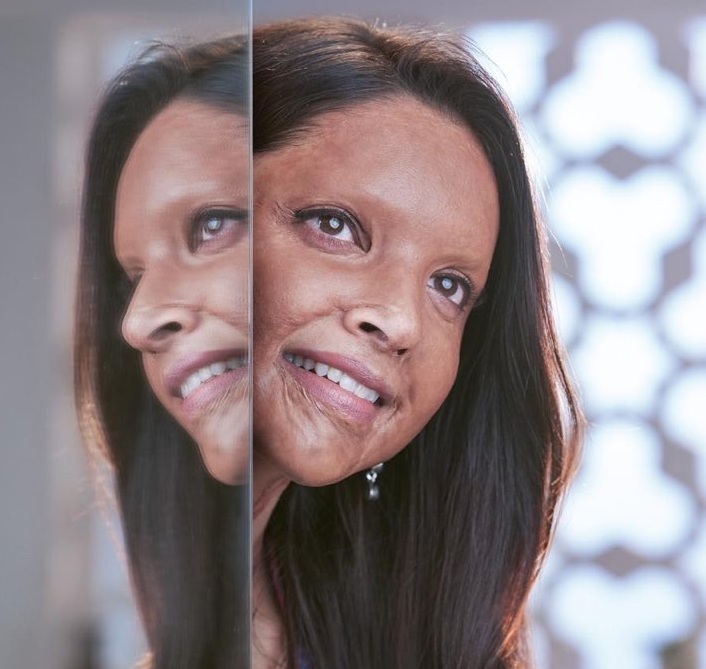 KARACHI: Deepika Padukone’s shared her first-look as an attack survivor and activist in her new move Chhapaak.

In this movie, the Padmaavaat actor will be playing the character of acid-attack survivor Laxmi Agarwal. Her name in the movie is Malti.

“A character that will stay with me forever,” Padukone, who funded the movie herself, tweeted. The movie will be released in January 2020.

A character that will stay with me forever…#Malti

Chhaapaak is being directed Meghna Gulzar, who recently won an award for best director for Raazi. According to Masala, speaking at an event about her lead actress’s role, Meghna Gulzar had said: “You won’t be seeing the Deepika you know. You will be seeing a disfigured Deepika. There is an uncanny similarity between survivor and Deepika.”

Gulzar also turned to Twitter to praise Padukone and added that the shoot starts today.

She is courage.
She is hope.
She is @deepikapadukone as #Malti in #Chhapaak.
Shoot begins today.
Releasing on 10th January, 2020.@masseysahib @foxstarhindi pic.twitter.com/WszEOoL3L7

According to India Today, Agarwal had survived an acid attack at the age of 15, when she was attacked by a man after she refused to marry him. She went through multiple surgeries and stayed in the hospital for three months. In 2006, she filed a Public Interest Litigation in the Supreme Court on the ban on sale of acid. In 2013, the court ruled in her favor. She also became a campaigner for the organisation Stop Acid Attacks.