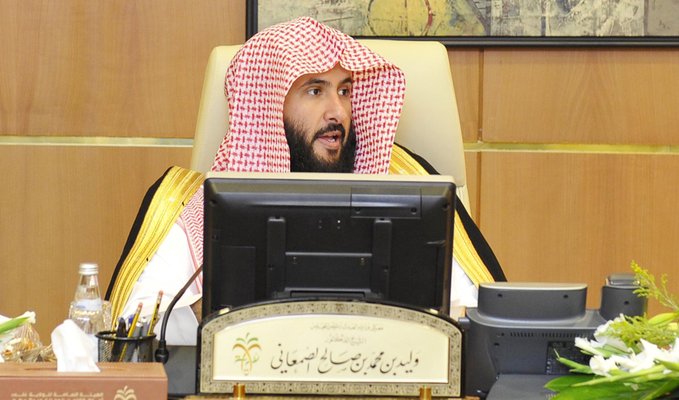 Saudi Arabia issued a de facto ban on child marriages on Monday, according to news reports. Arabian Business reports that the kingdom’s Justice Minister Dr Walid bin Mohammed Al-Samaani has instructed all courts and marriage officials to not permit any  marriage involving those under the age of 18.

Saudi Arabia’s Justice Minister Walid Al-Samaani has issued a memo to all courts and marriage officials to refrain from concluding any marriage contract for those under the age of 18. @MojKsa_EN https://t.co/ZF4Cr8CTAr pic.twitter.com/6stGjy5UNA

The decision came after an amendment to the kingdom’s Child Protection Law had been passed by the Shoura Council in January this year. This sought to ban child marriages under 15 entirely and establish new rules around those between 16-18 years old. A member of the Shoura Council, Latifa Al Shaalan expressed that this is a “good step forward” regardless of the fact that it was not easy to pass this decision.

Child marriages have long been something that rights groups have actively tried to end stating that it is a form of violence against children. UNICEF South Asia reports that South Asia has the highest rates of child marriages in the world, with almost 45 % of women expressing that they were married before the age of 18. UNICEF further reported that there are 39,000 child marriages that occur daily.

StepFeed noted that there’s still one loophole in Saudi Arabia’s decision to ban child marriages. The decision states that each marriage case will be deliberated by judges to determine if the person being married under the age of 18 will be harmed or not if they allow that marriage to exist. This can be argued to be a problematic condition within the law as most people believe people under the age of 18 are still too young to be married, regardless of whether they will be harmed by that future marriage or not.

In addition, users have been voicing their opinions on the decision on Twitter and are pointing out that other countries should follow this example and ban the practice in their countries as well.

Good Lord!
Are the Saudis becoming civilized?
That memo is a good thing to observe.
Hopefully the 'people' will get the message.

Saudi Arabia issues ban on child marriages – Pakistan please take heed. My bill has passed Senate and is sitting in the NA. Please stop condemning our girl children to a half life, where they life in the shadows of abuse, ill health,maternal mortality https://t.co/gSA4txvp4L

Saudi Arabia have just placed a ban on child Marriage. The frontiers of Child Rights and Human Rights are expanding daily. We hope and pray that Nigeria will adopt that life-protecting policy in the best interest of the girl child in Nigeria.

You can get married in the United States at 16 or younger in at least 26 states (you can be as young as 14 in Alaska & North Carolina). Who'd have thought we'd ever trail Saudi Arabia in making these reforms?https://t.co/AxPUeW7rN5

Welcome move by #SaudiArabia's Ministry of Justice, which has prohibited marriage of persons under 18 yrs, set 18 yrs as the minimum age for marriage, & sent a circular to all Saudi courts about the new ban on marriage for under 18's. #EndChildMarriage https://t.co/KHeYlASOf8

I'm so glad under-18 marriage is now banned. The pains and emotionally trauma these innocent young girls have to go through is so disheartening 💔 and I'm glad they stood up for them. Thank you Saudi Arabia, jazakunllah kaeran https://t.co/vnNcrArGCJ

Saudi Arabia has banned child marriage. In case you don't believe in time travel: the country has jumped 600 years forward in one night.