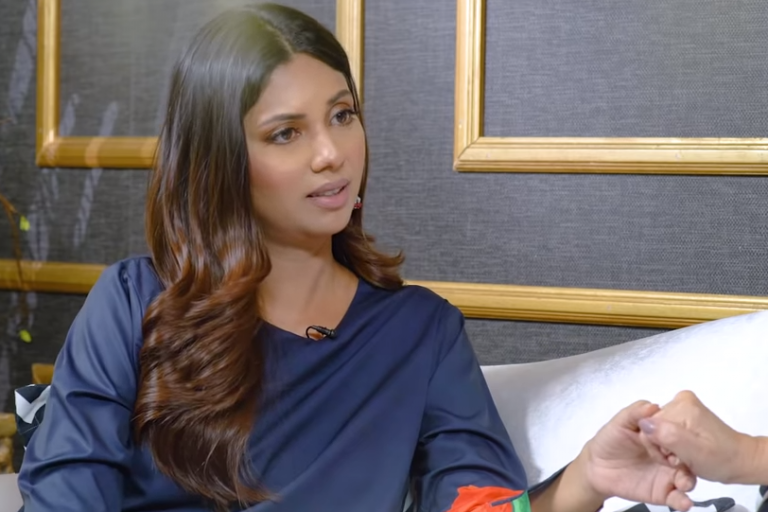 Pakistani actress and model Sunita Marshall, who is known for her roles in ARY dramas Mera Saeein and Ghamand,  recently appeared on Samina Peerzada’s show Rewind with Samina Peerzada. She spoke about the tough times she faced throughout her career as well as her life before revealing the shocking incident of her own husband, actor Hasan Ahmed’s kidnapping that occurred in March, 2012.

While recalling the incident it became evident that the terrifying details began to upset both her and the host of the show. She revealed disturbing details such as the kidnappers calling Sunita as a means of communication as her husband had provided her number to them. She reiterated how difficult that time was for her and her family and said, “35 days, I don’t know how 35 days passed by, I couldn’t understand,” referring to the amount of days her husband was held hostage. He was released in April, 2012.

She continued that after constant negotiations with the criminals, they finally agreed to allow her to come with ransom money. Sunita stated that she did not go to free her husband and sent her cousin Danish to do so instead. She further gave credit to CPLC for their support and help throughout the kidnapping.

According to the actress the night of her husband’s release was traumatising as she had no confirmation about the well-being of her husband. While speaking about this, the actress broke down into tears and said, “That night was very difficult,” before gathering herself with a smile and saying that her husband was returned the morning that followed.

She also opened up about the PTSD that her husband faced because of the incident and said that he was “mentally disturbed” because he was kept in a terrifying state in a small room for 35 days where he had no proper access to the toilet and hadn’t brushed his teeth etc. Sunita stated that after the incident her husband who previously enjoyed going out with his friends was now scared into seclusion in his home. However, due to the overwhelming support of their friends and family they were able to help him come back to the same “zone” and continue with his life.