Her name is the top trend in India and Pakistan 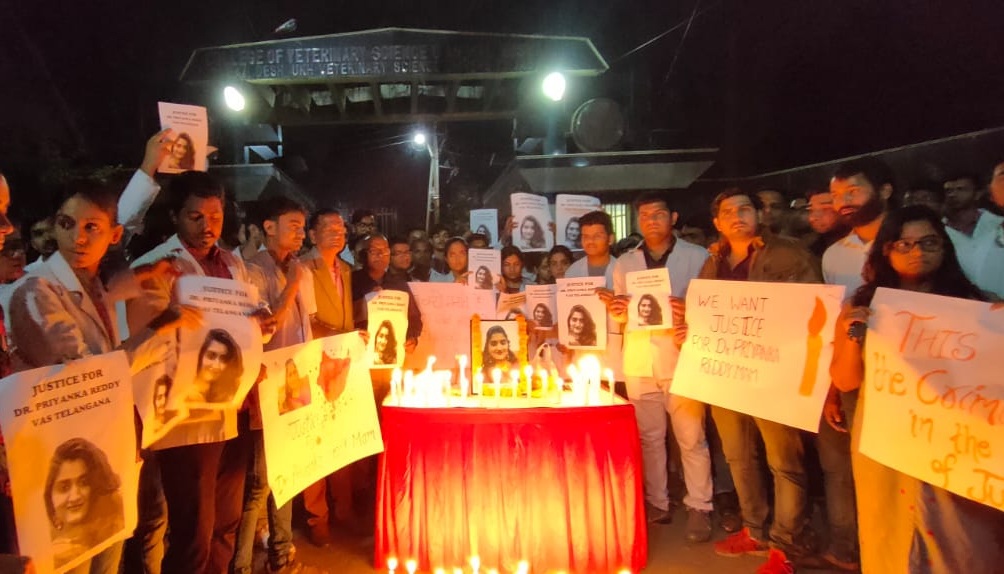 KARACHI: News of Priyanka Reddy’s case surfaced online a few days ago. It was revealed that a horrific incident took her life: the 27 year old veterinary doctor was abducted by four men from a highway on Hyderabad, India, that led to her being gang-raped brutally, killed and her body was burnt and dumped about 27 kms away from the crime scene. This news shocked and disgusted many who took to the streets in protest, with some demanding that the perpetrators of the crime (who are now arrested) to be hanged.

Read: Did this Bollywood movie just crack a rape ‘joke’?

This further led to outcry (for those who are trying to recover from the horrific news of the incident itself) against an apparently morally bankrupt society that is actively searching for the video of Priyanka’s rape. According to Herald Publicist, her name was searched eight million times and not only in India, her name was heavily searched in Pakistan as well.

This news has lead to introspection by users on Twitter:

No society in this world who are as shameless and morally corrupt as Indian society and this depicts exactly what is wrong with our country right now !#DeathForRapists pic.twitter.com/9ClmdqdUl8