Victoria’s Secret show cancelled this year due to low ratings 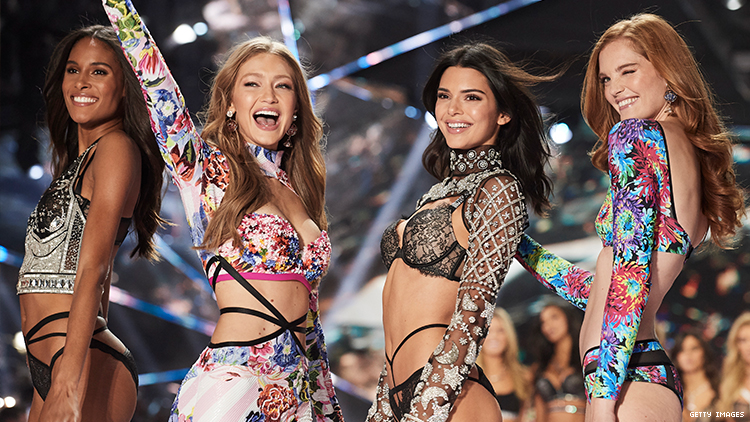 KARACHI: The Victoria’s Secret show was launched in 1995 with the intention of promoting the brand’s lingerie and sleepwear products. The show from it’s onset has used models that resemble a certain body type that makes up a very small portion of what women in society actually look like. Tall, skinny, flawless figures and faces might have been appealing all these years but as common sense has increasingly made an appearance in the woke-ism of 2019, it just isn’t that attractive anymore (or realistic for that matter). The brand has actively been subject to criticism for being ‘woman-hating’ ,’sexist’ and now people are calling it out for lacking diversity of bodies.

In the age of self-awareness and body positivism, it’s hard to understand how a company branded on women resembling immortal ‘angels’ fits into this generation. Due to this, the show suffered the lowest ratings of all time last year, according to BBC, who further reported that Victoria’s Secret’s parent company L Brands seeks to “evolve” its marketing strategy. We’ve seen an attempt of this being made last month whereby the company had images of plus-sized and transgender models on display in their stores. However, this progression only took place after their Chief Marketing Officer, Ed Razek made problematic comments suggesting that he doesn’t see the need to include “transsexuals” in their show. After receiving a painful amount of criticism, Victoria’s Secret had no option but to head towards a more diverse and inclusive marketing strategy.

I hate Victorias secret. I cannot, and will not support a company that does not support it’s people. Times have changed, and we cannot exist with old standards. This needs to change. @VictoriasSecret pic.twitter.com/KcgrIf92fl

Even though L Brands explains that the shows have been a great way of selling their products in the past, changing attitudes towards the over-all brand image of their company has inevitably cost them to announce that they will not be airing the show for this year. Stuart Burgdoerfer, L Brands chief financial officer of L brands has further commented “We’re figuring out how to advance the positioning of the brand and best communicate that to customers,” according to news reports.

Their biggest competitor, Savage X Fenty, run by celebrity singer Rihanna, has been praised on the other hand for everything that Victoria’s Secret is not. Users have taken to Twitter to recap the situation and are suggesting that they see themselves giving all their money to Rihanna instead.

As @sangeetaskurtz predicted last year, @VictoriasSecret problem isn’t its tone-deaf runway show. It would have to change its DNA, start listening to #women, and recognize that most don’t look like a model and don’t particularly aspire to. #BodyPositivity https://t.co/bBt0J66iLY

My reaction upon hearing that the annual #VictoriasSecret Fashion Show has been cancelled this year: pic.twitter.com/Rk1SfPaodJ