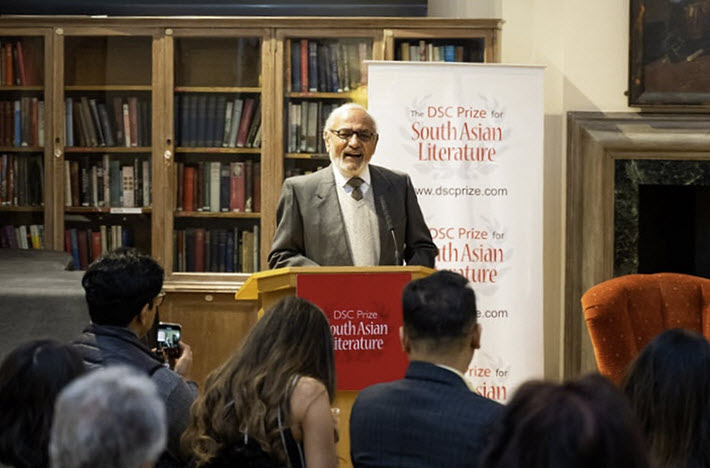 Chair of the jury panel, Harish Trivedi via The DSC Prize on Twitter.

The prize is awarded to writers of full-length novel that is written in English or translated into English and covers themes such as culture, history, politics or people. The nominations list was announced on Thursday that features authors of Indian, Pakistani, and Afghan origins, and one of the works from India is a translation from a work in Bengali.

Presenting the shortlist of six books for The DSC Prize for South Asian Literature 2019! #DSCPrize2019 pic.twitter.com/LxTEbZdFOu

From Pakistan, Abbas is nominated for her novel titled The Empty Room and  Kochai is nominated for his novel titled 99 Nights in Logar. According to The Express Tribune the shortlist of six novels announced formally in London by the chair of the jury panel, Harish Trivedi.   According to the Daily Times, at the event Harish spoke about the impressive diversity that the nominations of the award embodies as he said, “One of the novels is set in Pakistan of the 1970s, one in Kashmir, and one in Afghanistan. The sixth is actually set in a prison and was written originally in Bengali by an author who has actually served time and used that period to learn to read and write. That too is South Asia.”

Congratulations to Jamil Jan Kochai whose novel 99 Nights In Logar makes it to the shortlist of the DSC Prize for South Asian Literature 2019.#DSCPrize2019 @JamilJanKochai pic.twitter.com/4lwruVcIAE

Congratulations to Sadia Abbas whose novel The Empty Room makes it to the shortlist of the DSC Prize for South Asian Literature 2019.#DSCPrize2019 pic.twitter.com/KrUQaVY8KN

The program was founded in 2010 by Surina and Manhad Narula and promises an award of $25,000 to the winner.

We may all be sinners in the end, but few of us turn it into poetry