7 ways to dismantle the patriarchy – Part 2 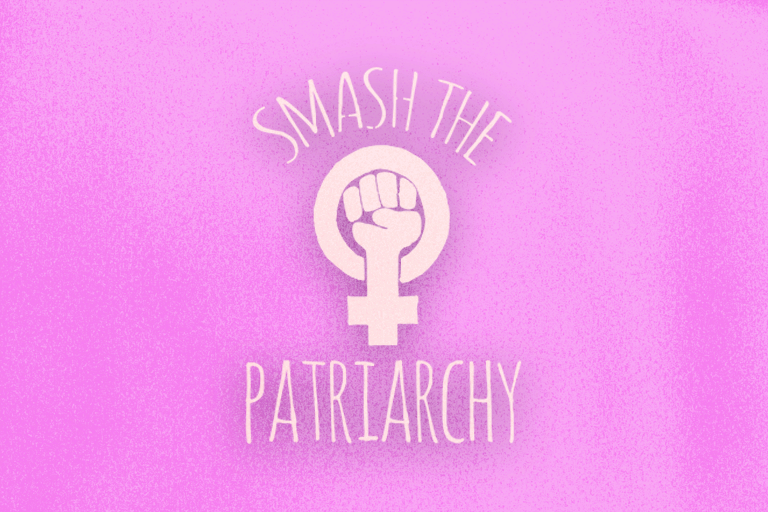 KARACHI: Patriarchy is a real pain. It has had a painful hold on people’s lives in one way or the other. It’s debatable whether it’s going to be dismantled anytime soon; however, I do know that initiating a start towards it is a good idea. There are several useful ways in which we can slowly and gradually weaken the patriarchal hold on our society. Some of these are:

This may single-handedly be the most difficult one out of all of the following points. Not going to lie, getting your point across to desi parents who reside in a sexism-infected society, is one hell of a job. However, nothing is more important than making a difference in the mindset of people within your radius. What I’ve learned from personal experience is that it’s an entire process to make family members realise gendered inequalities because it’s so deeply embedded in our daily lives. Carry out a step-by-step plan and make them aware of the effects it’s had on their lives as well as yours, and how frustrating and limiting that is.

I also think it’s a great idea to make younger sibling aware and conscious about such inequalities. If one generation messed up then hopefully the future one doesn’t.

Ladies, repeat after me: I’m not going to mindlessly spend the rest of my life behind char deewari, doing unpaid labour and giving birth one after another just for the sake of it; unless I willingly want to do it. Otherwise, I have a right as a human being to live my life the way I want and not according to some script written by the pidarshahi.

Rejecting gender roles is a win-win situation for all sexes. Why restrict yourself when there’s no reason to?

It’s a great option if you want to channel your patriarchy-filled anger towards positive change. But it doesn’t always have to do with marching on roads (which is great by the way and brings such issues into the limelight). Activism for women’s and LGBT+ rights can be personal. Doing what you want to do despite the limitations that are placed upon you because of your gender is a form of activism. It’s because we’re placed in this box the moment we are born and restricted from being ourselves that breaking out is an act of change.

I’d go as far as calling physical self-acceptance activism. So many of us struggle with what we look like that accepting us the way we are is like punching patriarchy in the face and saying, “I love myself and your beauty standards don’t mean anything to me.”

But if you want to go out on the streets then check out organisations such as Aurat Haq, Women Democratic Front, Girls at Dhabas, Women’s Collective and Gender Interactive Alliance (for trans people).

Come join us for a Women's Assembly to discuss the urgent issue of forced conversions and systematic discrimination women of the Hindu and Christian faith encounter. Happening 18th May at the YMCA Church!

4. Say No to Sexist Advertising

I wish objectification of women in advertising was only a ‘trend’ which got wiped off from the face of the Earth as baggy pants did. But corporations, despite being in 2019, just don’t know when to stop like that one uncle at a party with his Pathan jokes (we get it, you’re racist).

Adding fuel to fire, there’s no representation of women of different colour and body size. Additionally, women are just sexualised while selling ice-cream, ketchup, juice, candy and God knows what else.

But make no mistake; ‘corporate feminism’ is just a ploy to get you to buy more products. Side note: whitening creams rolling out ‘feminist’ ads is an oxymoron. It’s not feminism if the female factory workers are exploited, the wage gap exists, there’s no daycare, no anti-harassment policies and the top positions are taken up by men.

It’s 2019 and inclusivity should not just be a woke term but a necessity whenever talking about feminism or participating in such related activities. You’re not a feminist if you are classist or trans-phobic. Feminism is for ALL women. Trans-women are women. Period.

Women rejoice and dance together in their struggles at the Aurat March Karachi. #AuratMarch2019 uratmarch2019

6. Care for the climate

Fact: Climate change affects women MORE. For instance, women are usually settled in rural areas while their husbands are working in the cities, so they are more vulnerable to floods and other natural calamities. Also, women in this part of the world have to wear more clothing. When the weather becomes hot, it becomes more difficult for women to be out and about, whereas men can still be shirtless, for instance.

A couple of ways you can be climate-friendly:

– Switch from plastic toothbrush to a bamboo one or use miswak

– In general, try to reduce wastage and reuse as much as possible.

#Repost @ramshalii with @get_repost ・・・ Travelling with a menstrual cup: I have been using the menstrual cup for almost two years now and it has been a great experience. And for travelling, it’s heaven! After a month long backpacking trip I wanted to share my story of how the cup makes travelling on your period so much easier. I get my period on the most inconvenient occasions – while hiking a mountain, taking a long bus ride, camping in a forest and the list goes on. Previously, with the pad, I used to dread my periods especially while travelling. The fear used to hit me every hour that oh! it might be on the verge of leaking. But after discovering the menstrual cup i feel like my period has disappeared. One can wear it for up to 12 hours without any sanitary concerns. I remember instances of previous travel, being in the water and suddenly remembering that I am on my period. However on this vacation, We spent the the last three days of our trip on the beach and I didn’t have to worry about swimming while on my period for a single second. Pads were also a total pain to carry around. Cups are a great space saver; they automatically reduce the amount of stuff you need to pack as you only need one. Disposing pads in places where there was no bin was another inconvenience. It can also be challenging to find sanitary products in some remote locations or small towns, but travelling with a menstrual cup eliminates the need to find a store to buy extra supplies should you run out. They are good to the earth and good to the body! With the cup, you don’t have to worry about anything! Yes it does take a little practice to insert, but after a few attempts, it becomes very natural. I got mine from @recircle.life Also here is a little contribution of mine on using the cup: https://images.dawn.com/news/1180333 . . . . . #menstrualcup #letstalkperiod #periodsarenormal #mensuration #periodtalk #periodtaboo #sustainableliving #sustainability #savetheplanetearth #motherearth #greenearth #savetheplanet #noplastic #saynotoplastic #plasticfree #plasticfreeliving #gogreen #sustainabletravel

I hate it when girls/women try to compete with each other or when they are pitted against each other. We’ve all seen a drama where a ‘churail‘ looking woman is jealous of that innocent, pure, sughar woman and does everything in her power to vanquish her. Society tells us that women need a man and the one who’s the most beautiful, sughar, pure, white, literal angel from above can get him while the others should step aside and simmer in their jealousy.

Remind yourself that everyone has their own ups and downs, good and bad. If she dresses or acts a certain way doesn’t mean you need to call her names or judge her. We need more women to support women.