7 ways to dismantle the patriarchy 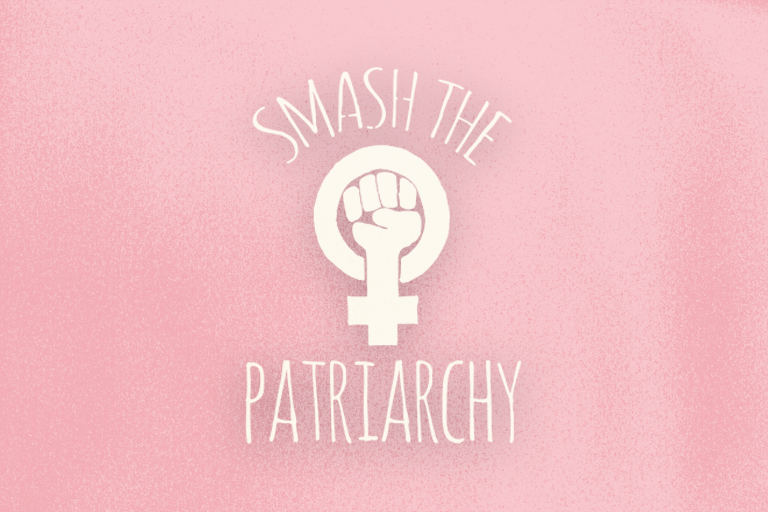 I’ve heard this slogan everywhere; at Aurat March, on social media, at secret feminist group meetings on how to carry out the annihilation of the male species, etc. I must admit that I love shouting slogans as much as the next angry feminist yet after I was done doing so, I sat down to think about how we can really actively play our part in dismantling the patriarchy. I came up with a list while also mentioning fellow desi feminists because #womensupportwomen.

1.Question and recognise aspects of your life that are controlled by patriarchy

And then you’ll realise what matters need to be spoken up against. Patriarchy is like toxic air that has surrounded one for so long that one eventually becomes immune to it, losing awareness of it’s presence. Similarly, the concept of patriarchy in Pakistan harms the lives of women without them actively being aware of it. The system is so subdued within our sub-consciousness that raising questions seems ridiculous to many.

Why do women side saddle on motorcycles? Why are men’s clothing so boring compared to women clothes? Why aren’t some girls allowed to wear red lipstick before marriage? Why do women have to get nose piercings to mark their marriage? Why are girls told to sit with their legs closed? Why do most men have an unreasonably ginormous ego? Why is respect placed in a women’s vagina? Why do aunties have gori bahu fetish when they’re not even the ones marrying?

I know that the patriarchy doesn’t make it easy for women to work, but financial dependency on your spouse or any other person may make your position weak and weak women are almost always taken advantage of.

Your act can be anything from having conversations on gender equality to speaking up on an abuse/harassment/assault story, from smoking in public to wearing whatever you want, and from riding a bike to speaking up against sexism.

4. Go out into public spaces

Men need to know that they don’t have a monopoly over the public spaces of your city and women are part of the public too. Men need to see that women belong outside as much as men do and they shouldn’t be confined within char deewari.

Follow Girls at Dhabas for some major inspo: www.facebook.com/girlsatdhabas/

What is the point, you may have wondered, of plastering across our timelines photographs of ourselves having chai at dhabas, lounging in parks? They’re all replicas of the same pose and frame: smiling women, some public space background. Think about how social media functions as an extension of public space. Our timelines are saturated with the chronicles of our lives—memorable events, career successes, our gym progress, even the food we eat. The things we do for pleasure, the spaces we occupy. And especially on Instagram, the most ordinary sights from our everyday. What happens when the same timelines that announce our engagements and beach vacations suddenly also include photographs of our bodies comfortable in open spaces? Something shifts in our idea of what is part of a woman’s every day. Something shifts in our idea of what it is we record, and archive, and tell the world that we do. Something shifts in our own sense of ownership – here is pleasure without purpose, the most intimate form of our own. #GirlsAtDhabas #dhabajournal #HungryHuddle Photo: Auratazad folkx at Hungry Huddle Restaurant, Super Highway

5. Know your rights and laws

I believe, Sharmeen Obaid Chinoy and Nighat Dad are two leading ladies in this regard. Their social media accounts detail information and add policy makers and women rights activists to list. Women have been taken advantage of countlessly just because they didn’t know their rights. It’s always helpful to keep yourself educated, not only for yourself but also for others. For example, do you or your mom know what goes in the nikahnama?

Time to change DP to remind those who orchestrate attacks through PR machinery & trolls that we won’t bow down to any intimidation & silencing tactics. Will keep supporting survivors of harassment & gender based violence. Thank you everyone for support & believing in women #Metoo pic.twitter.com/PMibgwYhxJ

Women must delegate their support to one another and there is a progressive need to do so. We are arguably, the only ones who understand what problems and experiences we go through. If women don’t support women then there is literally no way out that’s when voices are stifled, lives are put in danger and women who do want to get out (of oppression) never do.

Donate to groups that work for women’s rights, join organisations such as Women Action Forum, Women Democratic Front, etc., take part in feminist activities in your city, and lift other women up.

Watch: Her for Her

7.Take care of your mental health

The comment section on pro-feminism posts can be menacing and trying to debate and reason with people there can more likely smash your patience than the patriarchy. It makes your blood boil, it baffles you to see the extent people can lack basic understanding and common sense, and then there’s the hate. At some point, you need to remind yourself that a lot of them behind the screens are sitting on their rears leading a privileged life (or not) and don’t really care about the cause. So even though point number 7 is not a direct way, it does help to take care of yourself and know when to stop whether you’re in an online or offline debate because resistance best comes from healthy individuals.

We’re up against a system that has long put down an entire gender including the LGBTQ+ community. Sometimes we’ll take one step forward and then two steps back but as long as there are individuals fighting, resisting, rioting, protesting and just trying to be themselves, one day hopefully we won’t need this article.